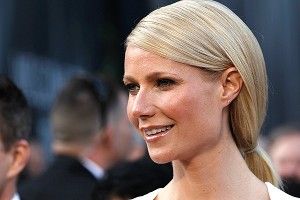 Deadline is reporting that Ryan Murphy has netted a deal with Sony Pictures for a music comedy called One Hit Wonders. And your one-hit wonders are — Reese Witherspoon, Cameron Diaz, and Gwyneth Paltrow! They’d all play pop stars who had one big song in the ’90s before fading away; now, in the harsh light of day, they decide to form a super group and to make their return. Also: Andy Samberg and the Lonely Island will be writing the songs. Also: Beyoncé is involved somehow (best guess: she’ll play the mean-girl reigning pop star who is at first dismissive, but then ultimately supportive in a major way, of the plucky trio’s chances of redemption. A backstage awards show group hug is not out of the question here). Murphy will write the script with his Glee team, Brad Falchuk and Ian Brennan, and is hoping to direct after he’s done with the long-gestating adaptation of Larry Kramer’s AIDS crisis play The Normal Heart.

The first weird thing about this movie is that it, more or less, makes total sense. As any good nostalgia think piece will readily inform you, the strange pull of the old and familiar is undeniable. And if three former radio presences — possibly ones who had just the whiff of rivalry about them? — did get together to make jams in real life, they’d have every daytime television couch in the nation on lock. (Also: Whatever your strong and/or conflicting opinions on the various charms of Reese, Cam, and Gwyn, having them drop Lonely Island songs is a win.) The second weird thing is that the concept apparently originated at a dinner Murphy and his three lead actresses were having at Soho House. According to Deadline, “They wanted to do something fun together and kicked around ideas.” Kicked around ideas, huh? Considering Paltrow’s latter-day proclivity to drop tunes every chance she gets — tortured honky-tonker in Country Strong, all-time record-breaking Glee guest star, noted talk-show rapper — is it possible the other three were legit booting around different concepts (“We’re Target mega-store greeters! We’re Israeli army paratroopers!”) while she just kept being like, “Um, guys, how about we play pop stars? [Pause.] Should we be pop stars? [Pause.] Ooh! Pop stars would be fun!”

The XXL 2012 Freshman Class Is Angering the Internet