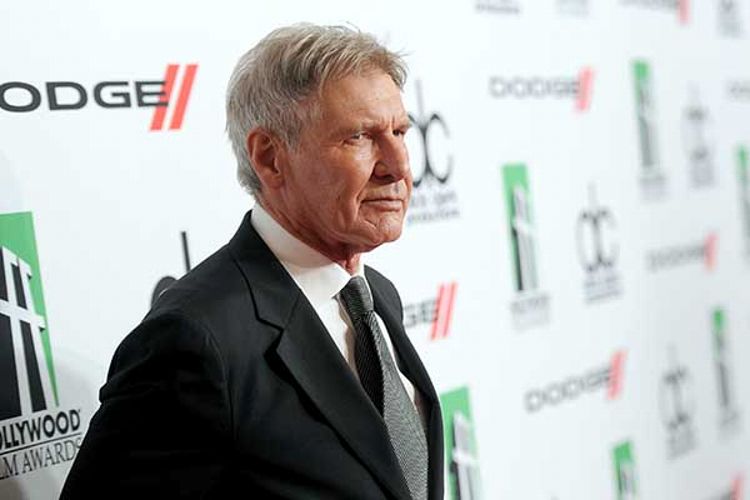 Harrison Ford is 71 now, and he’s just so over trying to be cordial when he doesn’t want to be. For example, take erstwhile Grantlander and current GQ-er Zach Baron’s attempt to highlight Ford’s apparent interest in the sci-fi genre, on the eve of Ender’s Game. “If you say so,” Ford said/likely growled. Quizzed on our national interest in Hunger Games–style narratives, Ford offers the flat, “Beats the shit out of me.” Old Harrison Ford just cracked the top three for Harrison Ford roles.

The Walking Dead, which will run at least 60 seasons on AMC, got officially renewed for a fifth year. Don’t forget the spin-off, or the part where every TV show ends up having to follow Dead‘s lead or die its own zombie death.

J.J. Abrams has his millionth series coming to TV soon with Almost Human, and Hulu has the first eight minutes of it for you and your robot police partner to watch together.

Terrifying single-serve Tumblr alert: Selfies at Funerals. Actual photo caption: “Killin the selfie game at pop’s funeral.” Save that tweet to get two free years of therapy when you’re in your twenties, kid.

Channing Tatum is working on an hour-long burlesque club reality show for A&E. The man’s got this niche ridiculously cornered.

“Love the Way You Lie” buddies Eminem and Rihanna recorded a new one, “The Monster,” for The Marshall Mathers LP 2 and it’s here. Early guess: Eminem fans will hate this, Rihanna fans will love it, fans who ride for both artists will be conflicted.

A meme that’s so good we can’t even fault it for being late: Walter White telling lame/amazing chemistry jokes.

And the Breaking Bad costume to beat, in the one and only year of the series finale: Walter White, before and after, AT THE SAME TIME.

If Katy Perry — whose Teenage Dream album cover looked like this — wants to stop getting naked, all the other divas better, too. “I mean, it’s like everybody’s so naked. It’s like, put it away. We know you’ve got it. I got it, too.”

Was Sesame Street hip enough to do things like Homelamb when we were kids? And does it matter when this is so adorable and funny?

Sounds like this critic was dying to unload some fury on Arcade Fire: “Bludgeoning and vacant, Reflektor is an album that both condescends and sells itself short, over and over again, for 76 insufferable minutes.”

And Justin Timberlake gets killed in his new “TKO” video, but I won’t spoil how. I’ll just say “Groundhog Day.”