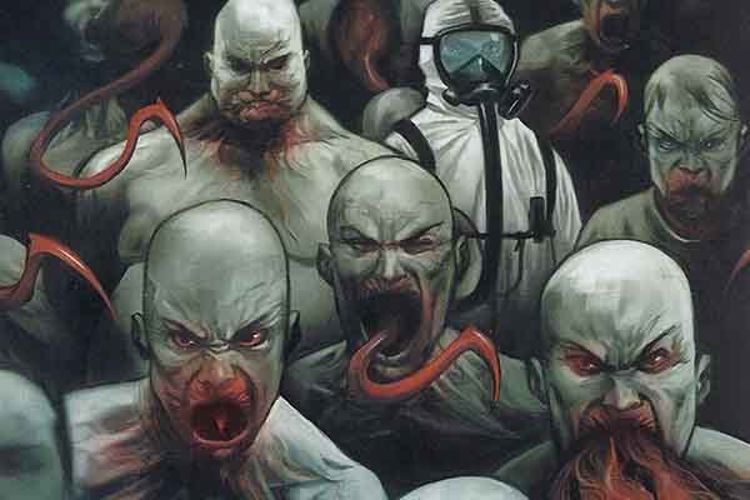 FX has ordered 13 episodes of Guillermo del Toro and Chuck Hogan’s book trilogy The Strain, with Carlton Cuse (Lost, A&E’s Bates Motel) set to act as showrunner. Funny thing is, del Toro went the book route only after he couldn’t get The Strain made as a TV show. FX is looking at July 2014 to premiere the series, which will star Corey Stoll (Midnight in Paris, House of Cards) as Dr. Ephraim Goodweather (fancy!) investigating a viral, soon-to-be-vampiral outbreak in New York.

Also in development: An HBO drama based on F. Scott Fitzgerald’s The Last Tycoon. Captain Phillips screenwriter Billy Ray is writing and directing.

Suddenly there’s an interactive Bob Dylan video. Set entirely and meticulously to the lyrics of “Like a Rolling Stone,” you’ve got Marc Maron doing a WTF podcast, Danny Brown in a trippy video, Drew Carey hosting The Price Is Right, and more. [h/t]

Ready the flux capacitor: The Michael J. Fox Show is bringing on Christopher Lloyd for an episode.

Bill Cosby returned to Late Night and got basically the whole episode to do whatever he wanted. Here’s the tiny part where he actually sat by Fallon’s desk like guests traditionally do. [h/t]

According to Samuel L. Jackson, Mark Hamill and Ewan McGregor haven’t heard from J.J. Abrams about Star Wars yet. (McGregor’s supposed to be back in ghost form. Maybe. Supposedly.)

Dumb and Dumber To has its release date, is completely real now.

Patton Oswalt will host the Independent Spirit Awards in March. So soon after Tina and Amy do the Golden Globes!

Christian Bale explains the Batvoice and shares his thoughts on Batkid.

How’s original Walking Dead showrunner and Shawshank Redemption director Frank Darabont feel about getting the boot from AMC way back when? “There’s a deep commitment and emotional investment that happens when you create something that is very near and dear to you, and when that is torn asunder by sociopaths who don’t give a shit about your feelings or the feelings of your cast and crew because they have their own reasons to screw everybody, that doesn’t feel good.” That writer is certainly sorry to have asked.