Sorting Through the Crazy New Reports About Brittany Murphy’s Death 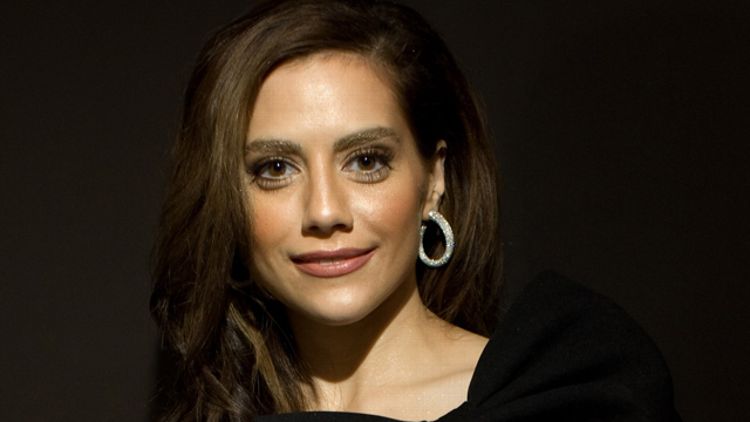 Brittany Murphy stormed into our lives as Tai from Clueless in 1995. She remained famous and notorious enough — both for performances in movies including 8 Mile and Girl, Interrupted and as Ashton Kutcher’s girlfriend — that her death in 2009 was shocking, but not surprising. Now, she’s back in the headlines, thanks to an Examiner.com story suggesting that she may have been poisoned. There’s a lot of half-information out there, so let’s make our way through it all.

What We Thought We Knew

Up until yesterday, the consensus Brittany Murphy narrative was fairly straightforward. On December 20, 2009, Murphy’s mother found her unconscious in the shower, apparently having suffered from cardiac arrest. She was 32. Then the speculation began. Among the claims against her: She took tons of pills, she had a suspect medical history, she had the flu, her father was mysteriously written out of her death certificate, the certificate was released without crucial information included. Throughout TMZ’s rapacious reporting, they kept noting that the toxicology report results were not in yet. Remember that for later. Ultimately, Murphy’s death was ruled to be accidental, caused by pneumonia and iron deficiency. It has also been suggested that if Murphy had seen a doctor sooner, her death could have been prevented. Some other information to keep in mind: She was frequently accused of illegal drug use, though it was always denied; her mother and her husband seemed oddly close, reportedly sharing a bed together after Murphy died; her husband, Simon Monjack, was suspected by the press after her death, though perhaps unfairly. This very in-depth Hollywood Reporter profile is a helpful primer.

Weird Thing No. 1: Her husband dies, too; her parents suspect toxic mold

Murphy’s husband died on May 23, 2010. He was 39. Her mother also found Monjack, in the same bathroom where she discovered Murphy. Like Brittany, he suffered a heart attack and died of natural causes. Like Brittany, the coroner said, he had had pneumonia and anemia.

In the months after Monjack’s death, TMZ broke news that toxic mold was present in Murphy and Monjack’s house. Yet the coroner insisted that the mold did not contribute to the deaths. Nonetheless, Murphy’s mother sued the builders of the home in 2011. She settled for $600,000 in 2013.

Yes, this is where things take a real strange turn toward conspiracy. Meet Julia Davis, and please keep “allegedly” in mind as you read her tale. Davis was a Department of Homeland Security officer who reported a suspected Al Qaeda attack to her superiors. When they didn’t do anything, she reported them to the FBI. DHS, in turn, retaliated against her. ALLEGEDLY. DHS raided Davis’s house. ALLEGEDLY. Apparently (and allegedly), Brittany Murphy was friends with and a public supporter of Davis, even serving as a witness in litigation against the government. This conspiracy-theory fodder comes from my new favorite website, Above Top Secret, with an assist from my other new favorite website, Whistleblowers.org. Davis made an entire documentary about this, which alleges that Murphy and Monjack ended up on the DHS watch list and that the government was trying to deport Monjack (he was a Briton). Before they died, Murphy and Monjack both believed they were being watched by the government and that their phones were bugged.

In 2012, Murphy’s father, Angelo Bertolotti, sued the L.A. Coroner’s Office and the LAPD, claiming that they failed to do a proper toxicology report that tested for metal poisons. Ultimately, Bertolotti conducted his own private investigation and toxicology report, using Murphy’s hair. On Friday, the same Julia Davis wrote on examiner.com that the Bertolotti-sponsored report supposedly revealed the presence of 10 heavy metals above the “high” limit by World Health Organization standards. Davis published the report online, though I can’t find other experts weighing in with their own analysis of the data.

So where does this leave us?

All this new information comes from Murphy’s father and from the sole woman attesting to a supposed conspiracy. The poisoning headline has gained a lot of traction, but there has been little other information to corroborate and support it. Yet the oft-shifting sequence of events and factors that led to Murphy’s death opens the door for questions. Davis and Bertolotti brought their story to (fellow Disney-owned property) Good Morning America, though without advancing the story much further. Dan Abrams “told GMA he believed the case will either officially or unofficially be reopened.” Thanks, Dan. I guess we will or we won’t find out the real truth here. Any way we can get Edward Snowden on the case?