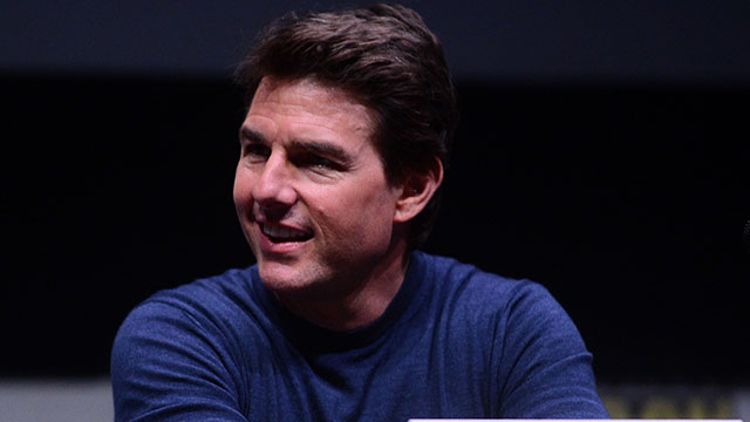 Just more than 20 years after A Few Good Men dropped you-can’t-handle-the-truth bombs all over the place, costars Tom Cruise and Jack Nicholson might make El Presidente. According to The Hollywood Reporter, the script’s about “a straight-arrow Secret Service agent who is assigned to protect America’s worst former president, an alcoholic and womanizing sleazebag who was elevated from VP when the president died.” Unnamed sources tell THR that Cruise went to Nicholson’s house last week to try convincing The Man Who Was Jack Torrance to come along for the ride. “Cruise told Nicholson … he won’t do the movie without him. It’s too early to say if the sit-down proved effective, but insiders say the end result was that Nicholson agreed to at least read the script,” which came from Jesse Armstrong (In the Loop) and Parks and Recreation writer and Brooklyn Nine-Nine creator Dan Goor, with a rewrite from Paul Attanasio (Quiz Show, Donnie Brasco). Doug Liman, who directed Cruise in the upcoming sci-fi film Edge of Tomorrow and also has The Bourne Identity and Mr. & Mrs. Smith on his résumé, is directing.

While it’s certainly worth hoping for a yes from big Jack, is this a movie we’ll ever actually see? “C’mon, pal — for old times’ sake” probably doesn’t work on a man who made his first movie 55 years ago and has since won three Oscars and been nominated for a million more. Maybe Nicholson’s ready to break away from the typecasting; maybe he wants all that “alcoholic, womanizing sleazebag” crap outta his face. Or he could just want to stay semi-retired, popping up for a new movie every few years regardless of quality. Who knows. It’s Jack Nicholson. He has earned the right to watch Cruise beg him to make a movie, then simply answer, “We’ll see. I’ll take a look at the script.”

Katy Perry's 'Unconditionally' Video: Her Party Is a Winter Wonderland