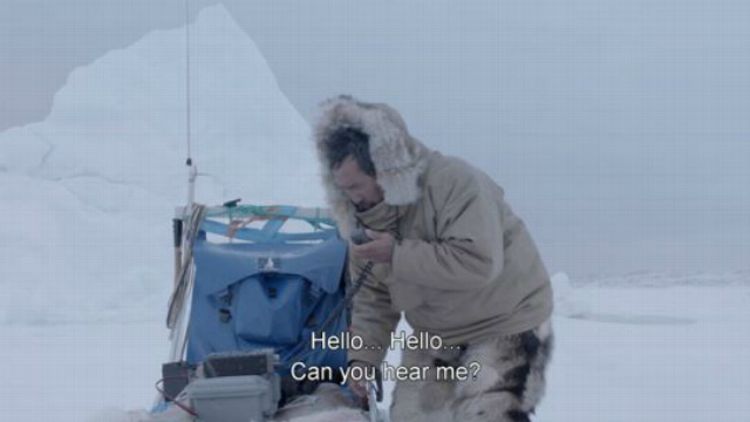 Gravity SPOILERS herein, if you actually think the experience of watching the most immersive space movie ever can be ruined with a little plot point. So! The part where Sandra Bullock totally looks like a goner and finally gets someone on the radio, only to find the person doesn’t speak English? That dude was Aningaaq, the fellow for whom this seven-minute short film is named! Written and directed by Jonás Cuarón — who cowrote Gravity with his auteur papa — Aningaaq could wind up with an Oscar nomination, which THR says would mark “the first feature and spinoff short drawn from the same material to be nominated together in the same year.” Give the clip a shot — as gimmicky as it sounds, it’s poignant and works well on its own.

De Niro/Scorsese crime flick alert: “I have another gangster film I’m gonna do with Scorsese and it’s a very interesting one,” Bobby says. “We’re preparing it. We have a script and Marty has another film he’s doing before so it won’t be for a while.”

Muppets Most Wanted has a new trailer — something is definitely up with Kermit. Can’t wait for that Danny Trejo cameo, though.

Kevin Spacey gave Woody Allen a Netflix subscription in hopes of ending up in a Woody Allen film someday.

This is a pretty cool a cappella cover of “Royals.”

Channing Tatum tried the Van Damme split on the set of 22 Jump Street — sort of.

PS4 vs. Xbox One: Not an easily decided contest.

George W. Bush brought his paintings to Leno — including one of Leno.

And check out Reese Witherspoon and Colin Firth in the trailer for Devil’s Knot, about the West Memphis Three.

The It's a Wonderful Life Sequel Might Be Dead Already