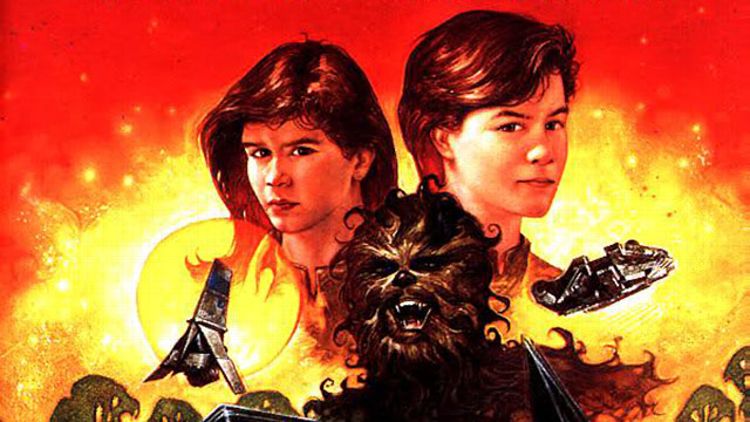 Two bits of possible Star Wars news are making their way around the Internet this week: one big, highly questionable one, and one smaller, slightly more likely one. Let’s break them down and be thankful that they don’t have anything to do with an out-of-work bit player from the original trilogy making a cameo appearance in Episode VII for the benefit of exactly six sweaty nerds in the front row.

Let’s start with the big one: Podcasters The Schmoes got this bit of news from an unnamed “reliable source” who has seen part of an Episode VII casting breakdown that will supposedly be sent out soon. Read it and speculate:

Storyline: Two 17 year old twins, a girl and a boy, are trained by their uncle Luke to be the greatest Jedis in the galaxy. Problems arise when the male twin turns to the dark side.

Jaina Solo – Female, 17 years old, lead. – Jacen’s twin sister, one of the greatest Jedis in the galaxy, trained by her uncle Luke Skywalker

Jacen Solo – Male, 17 years old, lead – Jaina’s twin brother, one of the greatest Jedis in the world. A loner who is constantly struggling with the idea of what’s right and what’s wrong. Starts to turn to the dark side. Full of conviction that what he is doing is the “right thing”. Will eventually become Darth Caedus.

This is all directly lifted from the Expanded Universe novels and comics, which flies in the face of the early claims that the sequels would be entirely new stories. But then, those claims also came from an “unnamed source close to Lucasfilm” … so it’s one anonymous tip against another. I just tend to put more stock in rumors that are potentially disappointing to fans than those that stoke the diehard flames, like this one.

If the breakdown is real, though, it of course would pretty much confirm that Mark Hamill, Carrie Fisher, and Harrison Ford will be back to reprise their original roles, which is probably the most hotly debated rumor at this point. One potential problem, though: This would place the action at about 22 years after the events of Return of the Jedi, placing Luke and Leia’s age at 44. Mark Hamill is 61, Carrie Fisher is 56. Neither have … how do I put this? … aged terribly gracefully? I’m not saying that Jacen and Jaida should have CW parents, but I, like Carrie Fisher, imagined the retired saviors of the galaxy chilling in “an intergalactic old folks’ home,” not fighting battles with their hotheaded adolescent offspring. I could buy the Solo twins playing a major part in the new films, but it seems to me the timeline should be moved up by about a decade. Also, I know it was in the books, but I don’t want to watch another petulant teenager get pulled over to the dark side. Isn’t there another kind of story to be told in such a vast and colorful fictional universe?

Moving on: Here’s my favorite rumor of the Episode VII buildup so far, which should give you a pretty good idea of where my head’s at, at least … Comingsoon.net got a tip from a reader who noticed that production designer Darren Gilford had a new credit added to his profile page on the United Talent Agency’s website. That credit? Star Wars: Episode VII. It’s since been removed, but here are a few reasons why I like this rumor.

ForceMeter: 6.5 (A Friendly Kiss From Your Twin Sister)