A (Mostly Speculative) Preview of the Future Fast & Furious Sequels 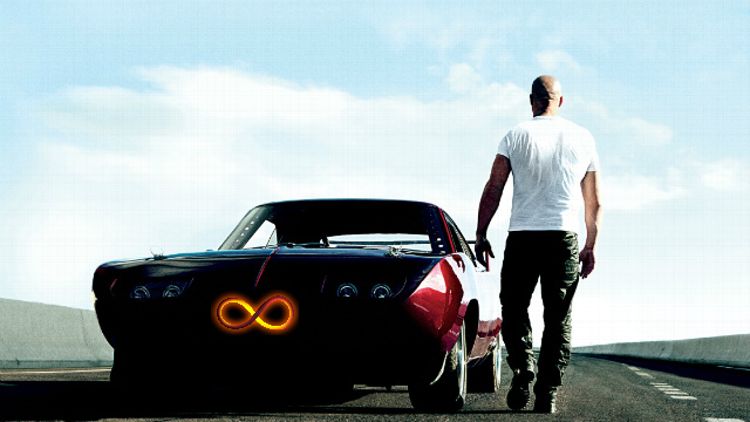 Are you gonna see Fast & Furious 6 this weekend? No? Why not? If the answer isn’t “I’m in a coma” or “I DON’T HAVE EYES,” you are a moron. As Alex Pappademas already told you people, this thing is “crack. It gets you really high.” And it will also never, ever die. Fast 7 is already set for 2014 (its villain — SPOILER ALERT: It’s an actual famous person you’ve heard of before — is teased at the end of F6), and all manner of spin-offs and sequels have been bandied about.

But we’re already at perilously high levels of mania (in this new one, a plane more or less ejaculates a car!). So how on earth will this franchise keep out-crazying itself? Don’t you worry for a minute: We had some high-level talks with the good folks at Universal Pictures, and they let us in on some company secrets. They got us really amped up on green tea before, though, and let us take notes only on cocktail napkins, and in our own blood. But needless to say, we’re in good hands. Herewith, a partial preview of the Fast & Furious future.

When the mysterious evil drug kingpin Le Baron appears on the scene, pushing an insanely addictive new product called Le Magnifique, Hobbs calls on the only team that can handle the job. Dom and Brian — now full-fledged international superspies — assemble the crew, plus a few auxiliaries: Shawna from Ludacris’s sadly forgotten Disturbing Tha Peace, Tyrese’s “rapping” alter ego, Black-Ty, and Jon Stewart (Jordana Brewster still had his phone number from doing The Faculty). During the climactic drag race/fist fight/world war, Dom and the crew stack an endless series of 1970 Dodge Chargers, climb to heaven, and punch God in the face. Afterward, there’s a cookout.

When 30 Chilean miners become trapped deep under the earth, Hobbs, again, calls in the only crew that can handle the job. Sure, after countless death-defying adventures, Dom and Brian have retired to stunning beachfront properties and sworn themselves to the family life. But the U.S. government offers full amnesty (for the God-punching thing) — and 14 wheelbarrows of gold bullion! — so they change their minds in “however quickly Tyrese screamed YES I’LL DO IT when the studio called with the offer.” The plan is for Luda to build a really big slingshot and fling Dom, in a 1970 Dodge Charger, into space, then let him crash down from his orbit into a perfect, tunnel-digging spiral. At the end, there’s a cookout.

To protect his empire from the reaches of Dom’s crew, evil drug kingpin Son of Le Baron (pushing a highly addictive product called Son of Le Magnifique) invents a time machine and sends his goons back in time to stop Henry Ford from ever inventing the automobile. A madcap time-traveling adventure ensues, featuring Dom’s dimension-hopping 1970 Dodge Charger, during which the crew manages to foil Son of Le Baron, film an anti-drug PSA, and convince Ford to stop being friends with Hitler. At the end, there’s a cookout.

The crew performs a tenderly faithful, black-and-white re-creation of Bicycle Thieves (Dom’s the father; Brian’s the kid). The only difference is, instead of a stolen, desperately needed bicycle, it’s a stolen, desperately needed 1970 Dodge Charger. Also, at the end, a cargo plane comes from out of nowhere and has sex with the 1970 Dodge Charger. After that, there’s a cookout.

Tears. Blood. The far-off sound of children laughing. A dog barks. A gust of wind: The front door, old warped wood salvaged from a barn fire, swings open, then shuts, as hard as a clap of thunder. Does a 1970 Dodge Charger have a soul? Do you? Who’s asking? Dominic Toretto. Afterward, there’s a cookout.