The Hobbit Was 2013’s Most Pirated Movie 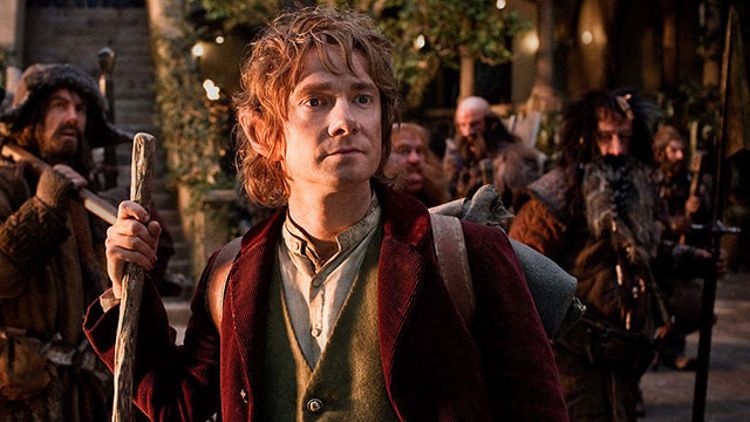 Nowadays, films can get the dubious honor of being the year’s most illegally downloaded feature. There’s no Oscar-style trophy, but there is a specific number for directors and film execs to have nightmares about, a precise, staggering total of how many millions swiped the movie from the dark corners of the Internet, paying $0.00 in the process. In 2011, Fast Five won/lost. 2012’s victor/victim was, pretty surprisingly, Project X. And 2013’s big prize/big bag o’ trash goes to The Hobbit: An Unexpected Journey: The One Before the Dragon One, with 8.4 million downloads recorded on BitTorrent.

“The list shows that movie piracy remains popular, especially for films that are not yet available for download or streaming due to release delays,” TorrentFreak writes. “Whether all these pirated downloads threaten box office revenues is unclear though.” The site cites an early-2012 study from the University of Minnesota and Wellesley College, one that “cautiously” concluded that there was not “much evidence that piracy displaces US box office sales in our data.” Insert arguments about how people who download movies either aren’t leaving the house to pay for a pricey ticket anyway, or how those people were such big fans that their downloads are only for extra viewings, etc. Whatever soothes Harvey Weinstein’s sweaty nightmares.

The top 10 most-downloaded movies list is rounded out with more of 2013 and late 2012’s biggest hits — Fast & Furious 6, Star Trek Into Darkness, World War Z, Django Unchained. But it’s also sprinkled with a few surprises, like Silver Linings Playbook at no. 5 with 7.5 million downloads despite its $236 million worldwide box office haul (Iron Man 3, the no. 4 most-torrented, earned $1.2 billion internationally; the lowest earner on the list after Silver Linings is The Hangover Part III, at $351 million). Gangster Squad is the biggest surprise, coming in 65th on the year with its $105 million but ranking seventh on TorrentFreak’s list. Missing, for whatever reasons you want to come up with, are 2013’s second- and fourth-biggest movies, The Hunger Games: Catching Fire and Man of Steel. Gravity‘s not there, either, but that one makes sense — outer space can’t fit inside your computer screen. Whatever conclusions the data suggests, we can expect to say what’s up to The Desolation of Smaug again this time next year.