A Menagerie of Maniacs: The Everything Guide to Michael Shannon 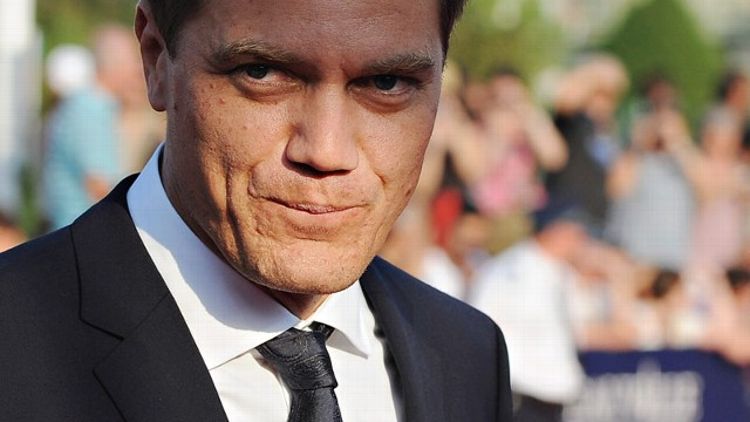 Kneel before Michael Shannon, for he is the character actor of our time, a living embodiment of the madness inside us all. And now, little more than 20 years after his first onscreen appearance as “Fred,” a WWF-loving newlywed in 1993’s Groundhog Day, Shannon becomes a household name. Or, at least, a household name in the sort of households that value the many fine gifts of actors like William Fichtner, Philip Baker Hall, and Ben Mendelsohn and before them Martin Balsam, Harry Carey Jr., and Eli Wallach. That’s because Shannon, long a “that guy” par excellence, is Man of Steel‘s General Zod, the most nihilistic and imperious villain in Superman’s universe. The actor, born in Kentucky and bred in Chicago’s Steppenwolf Theatre scene, has never had a role so prominent. There are, let’s say, reasons for that. We’ll get there.

But Shannon is something of an obvious pick for a villain. He has a head like a rotting pumpkin carved in Frankenstein’s image — an elongated skull, the blackened eyes, that curled brow, those pockmarks. He’s even got the lumbering gait. In a different era, Hollywood might have made him Boris Karloff — a monster’s monster cast in films that were rarely worthy of his talents. Today, Shannon has worked his way to being a kind of utility player in mainstream movies, a wild-eyed intensity machine just as likely to communicate wayward or off-his-meds as evil. He has also quietly forged a path as an independent leading man of astonishing depth, without abandoning that ability to make you feel as if there’s a spider crawling on your skin. Behind the memes (Michael Shannon Tries to Smile, anyone?) and that breathtaking rage, there is comic timing and tender grace, wry intelligence and the voice of an angel. There are four diagnosable types of men that Shannon portrays, whether by choice or through the niche-cocoon of Hollywood casting. Here, we present a guide to an amazing actor with uncommon appeal.

For Shannonites, his small role in Groundhog Day had been an in joke, a gentle reminder that the madman was once so fresh-faced that Harold Ramis cast him at 18 as a lovable Punxsutawney local in the Bill Murray classic. Then, earlier this week, Shannon — who apparently had longed to appear on Late Show with David Letterman for years — discussed a memorable Groundhog moment when he finally got his chance to chat with Dave.

In this story and in his first movie, we see that aw-shucks shyness. This guy is a bit odd, sure. But there’s something you like about him. You wouldn’t let him date your daughter, necessarily, but you’d definitely let him fix your car. This is the rarest of Shannon archetypes. “If I’d wanted to frighten people, I could have joined the CIA,” he once said. And it’s true. But shortly after Groundhog, he was cast as “Flower Delivery Man” in the Keanu Reeves physics (!) thriller Chain Reaction and as “Crack Head” in something called Hellcab. This is how a man develops a reputation.

Earlier this year, the sweet Shannon reemerged after a long dormancy, in the movie Mud. It’s the third of three great films from writer-director Jeff Nichols, with whom Shannon has formed a great Scorsese–De Niro kind of partnership. Shannon isn’t in Mud much, but when he is, as Neckbone’s pearl-diving, Fugazi-loving, humping-to-the–Beach Boys Uncle Galen, the screen is alive with crackpot charm. There isn’t enough of the Sweet Weirdo.

The first time Shannon was filmed flashing his signature angst, he was wordless. It was in the video for a 1993 single, “House of Pain,” by unfortunate hair-metal also-rans Every Mother’s Nightmare. That’s Shannon, a jungle of alt-swoop covering his face as he bangs his head against a wall and recalls the tortures his father inflicted upon him as a little boy (the old BBQ burn job!). I don’t recommend this video, Shannon’s performance, or lead singer Rick Ruhl’s haircut, but it is an intriguing entryway to the most compelling Shannon figure.

Shannon would hone this over the years, as a surly boyfriend in 8 Mile, a sergeant in Tigerland, the rigid yet bonkers prohibition fed Nelson Van Alden in HBO’s Boardwalk Empire, and as a dutiful Marine in Oliver Stone’s World Trade Center. Shannon does nobility as easily as short-tempered alienation, and the two qualities often work together in his performances. That’s never been truer than in his other two movies with Nichols, both of which will slither into your brain and nest there for a while. In Nichols’s lyrical, Malickian 2007 debut Shotgun Stories, Shannon is Son Hayes, the eldest sibling in an inter-family war among half-brothers. Shannon never freaks out, never even raises his voice. When he gets violent, it’s obscured in the light, drawn away by a vision of lilies in an Arkansas field. He is absolutely remarkable in this movie, like watching a quiet dog hunt down a fox.

The same is true of 2011’s Take Shelter, only make the dog a rabies-infested mastiff and the fox a bolt of lightning. He is Curtis LaForche, an Ohio construction worker with a family history wracked by mental illness, a wife and daughter growing increasingly terrified, and a looming sense of imminent apocalypse. He begins building the ultimate survival space in the event of a raven swarm or megastorm or some other world-ender. Shelter made less than $2 million at the box office, but it was a big moment for Shannon, a time when people began to recognize him on a bigger stage as a lead performer. He was nominated for dozens of critics’ prizes. I suspect that’s mostly because of scenes like this one. There isn’t a better meltdown technician working in Hollywood today than Michael Shannon. Look at the eyes, the whirling rage, the flop sweat. Nic Cage couldn’t hold his lunch pail right now. Ultimately, Take Shelter is as much about the quiet, desperate moments as the screeching delusions of tornado-death, and it seamlessly transitions into the third level of Shannon-dom.

Sure, these guys are crazy. Crazy like a fox that understands the true nature of human frailty, am I right? Shannon, his deceptively croaking voice vacillating between lolling Kentucky vowels and a sonorous Chi-cah-go honk, is the working actor who best conveys intelligent insanity. Like Malkovich on steroids. Directors as varied as John Waters and Michael Bay and Werner Herzog have identified and utilized that characteristic. In 2008’s Revolutionary Road, he played the filter-free John Givings, the son of a neighborhood friend who takes day trips to the home of Frank and April Wheeler. At first, he seems a perceptive and unpredictable live wire. A real truth-teller type. Over time, John cases the Wheeler marriage and says all the things April and Frank can’t say to each other. Again, Shannon is incredible: the best thing in the movie and the truest representation of suburban brain-frying banality in Richard Yates’s novel. He’s also in full show-dog mode. Of course he was nominated for an Academy Award for Best Supporting Actor. Were Heath Ledger alive right now, Shannon might possess an Oscar. Instead, we can enjoy the above GIF for all eternity; even with Shannon out of focus in the shot, he is acting his ever-loving heart out.

This is a go-to move for Shannon now. The precedent was set in 2006 with Bug, one of the great How is this real? films ever made. Directed by William Friedkin, the movie adapts a Tracy Letts play that originated with Shannon as Peter Evans, a soldier who has completely lost his bearings while shacking up with his new girlfriend (Ashley Judd). Evans thinks their dingy motel room has been invaded by tiny little bugs that are crawling all over his body. Here is what it looks like when Michael Shannon thinks tiny little bugs are crawling all over his body:

Letts and Shannon have a long working relationship, and you can see how clearly Shannon understands the psychosis in the part. But this was just a movie. Imagine playing that scene onstage for a year, as Shannon did 10 years earlier in London. Evans is less a predictor of anarchy like Givings or even Take Shelter‘s LaForche. But in his insane rhetoric, you can hear Letts seeding his truths about the way the government poisons society with food and war and ideas. This movie is hard to watch at times — especially if you’re more of a Where the Heart Is Judd fan — though Friedkin once described it as “a black comedy love story,” which is hilarious. Either way, it is worth it, if only to see the way Shannon completely gives himself over to the mania.

It’s early yet for Bad Man Michael Shannon. In the past three years, he’s shown up as determined and devilish cop Bobby Monday in the fixie-friendly bike-messenger smash-up Premium Rush, as the legendarily scheming impresario Kim Fowley in The Runaways, and just this year he starred as the titular Richard Kuklinski in The Iceman. Kuklinski once claimed to have murdered 250 people for the mob. Nice guy. But in each of these roles, despite the burning eyes and the unseemly acts, Shannon imbues them with a humanity. And there are reports that in Man of Steel, Shannon’s Zod is actually a sympathetic figure. Is it Shannon who accomplishes that, or the storytelling? It doesn’t matter. Either way, he doesn’t do broad. He would never go too big or lampoon himself in such a manner. Michael Shannon is too good for that.

Celebrities in Space: What Could Go Wrong?