Celebrities in Space: What Could Go Wrong? 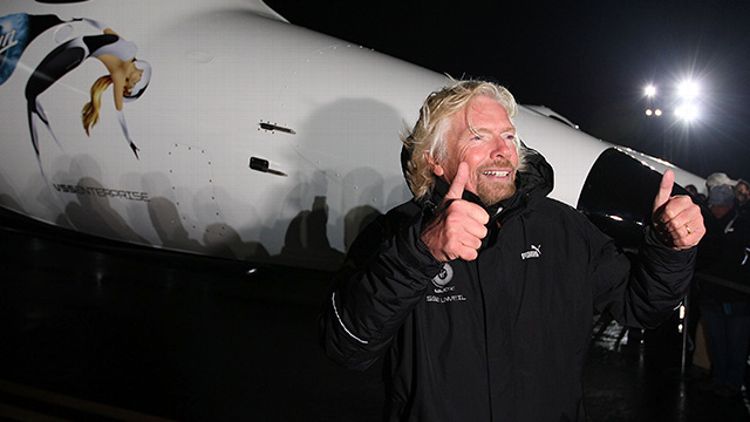 I had never given much thought to the idea of space travel, or even outer space in general, until a few years ago. Space is so enormous, so vague and terrifying at the same time, that trying to figure out its complexities can hurt your noggin. When it comes to exploring the specifics of the life (or lack thereof) beyond our planet, there are those of us who say “No thanks.” We’d rather play pretend and skip the horrors of being trapped in a dangerous, soul-jeopardizing machine for two and a half hours (not including, according to Virgin Galactic’s website, “two or three fabulous days of preparing with your crew”) while every dystopian space movie plays in our heads and Dramamine is simply not enough.

Then there are those who are not only up for it, they’re really up for it. They want to move there, to outer space, and buy real estate. They want to search for resources to bring back to our planet. They want to Instagram the shit out of it. I admire these adventurers. I look forward to watching them have this experience while I take two Benadryl, pack on a few reassuring sweatshirts, and nail my feet to the sweet, sweet Earth.

Who is rumored to be boarding the Virgin Galactic SpaceShipTwo? Ashton Kutcher (he bought the 500th ticket), Tom Hanks, Angelina Jolie, Stephen Hawking, Katy Perry, and Justin Bieber (accompanied by Scooter Braun — hey, I’d want to bring a buddy too). Tickets cost $200,000, and there’s enough space for six passengers plus two pilots per voyage. These intimate flights will start taking place at the end of this year or in 2014 — Richard Branson and his family will go first, which is reassuringly confident of them. The first trips will be suborbital, with Branson hoping to gradually branch out to orbital flights and then, logically, space hotels. Information (about global warming, for instance) will be gathered and brought back to Earth. Passengers will experience six minutes of weightlessness (“There’s one guy who wants to assume a neutral position, close his eyes, and get back to the womb”), and some of them seem to look at the flight as a kind of brief spiritual awakening. A moon high. That could happen. I find it notable that the spaceship does not have a toilet.

Media likes to paint space as a place where dramatic things happen, many of them terrible, and this is probably because the alternative is so disappointing it’s almost funny: If nothing ever happens on Mars, then why did you just spend $200,000 to take a slightly closer look at it? It seems statistically impossible and unflatteringly narcissistic to assume that our planet is the only one with cool stuff on it, but when you’re talking about the universe, anything goes. We’d settle for very little action, we just need enough to cup the embers. Something like Space Mountain would do.

Virgin’s brochure is filled with advertorial poetry: “After a graceful mid-space somersault you find yourself at a large window. What you see is a view that you’ve seen in countless images but the reality is so much more beautiful and provokes emotions that are strong but hard to define.” “The incredibly narrow ribbon of atmosphere looks worryingly fragile. What you are looking at is the source of everything it means to be human, and it is home.” It almost reads like an astronaut’s LiveJournal. The touch is Draperesque, and the wild-blue-yonder image of Earth receding is so awe-inspiring that you have to admit, it’d be pretty sick to see it in more dimensions while sitting between Stephen Hawking and Angelina. But then the cynicism sneaks back in, because six people having extreme psychological experiences while unstrapped from their seats and sub-orbiting around all of humankind’s crib has millions of potential bugs in it.

The obvious one (though it’s probably safe to assume that each celebrity will be filling the ship with five of their friends or family, or at least other celebrities or celebrity-respectful people), is a kind of antigravity King of Comedy. You would not want to go to outer space with anyone who was already neurotic or obsessive; nobody wants to turn the rocket around because ol’ Sally was feeling queasy or turned into a Bieber stalker upon takeoff, but if space really is that powerful and emotional, and considering the passenger list’s name recognition, it could happen to anybody. Could Scooter Braun have protected Jerry Langford against Rupert Pupkin in a small, minimalistic, confined space? Negative, my Martians. One uncomfortable moment could turn the whole thing into a six-person Open Water scenario, all queasy paddling and waiting for extraterrestrial shark-disasters to float past one of the windows. There is an entire genre devoted to the crappy things that happen in space: the battles, the exploding abdomens, the sadistic renegade computer GPS devices, the malfunctioning oxygen supplies. It’s amazing that we’ve created such a dark projection and still want to see it for ourselves — that must be our earthly hopefulness showing its face.

Maybe it’s predictable that earth’s celebrities, scientists, and wealthy hedge-fund alumni want to be pioneers of interstellar Expedia, but that makes it no less interesting to speculate about the stories they’ll bring back upon their return. It will be like when half of your friends attended the same summer camp and spent all of September reminiscing about how amazing it was while refusing to get into specifics, or, if they were feeling generous, trying in vain to describe to you a place you’d never been and which is, for all intents and purposes, alien to you. It’s a new elitism, maybe preceding what will become commonplace and dreary (until 2025, when all hell breaks loose and the asteroids eat us, inevitably), or possibly just a supposedly fun thing we’ll never do again. One thing’s for sure — and this might explain the Hollywood draw: TMZ can’t follow you into space. Or can they? I guess anything is possible.

A Menagerie of Maniacs: The Everything Guide to Michael Shannon