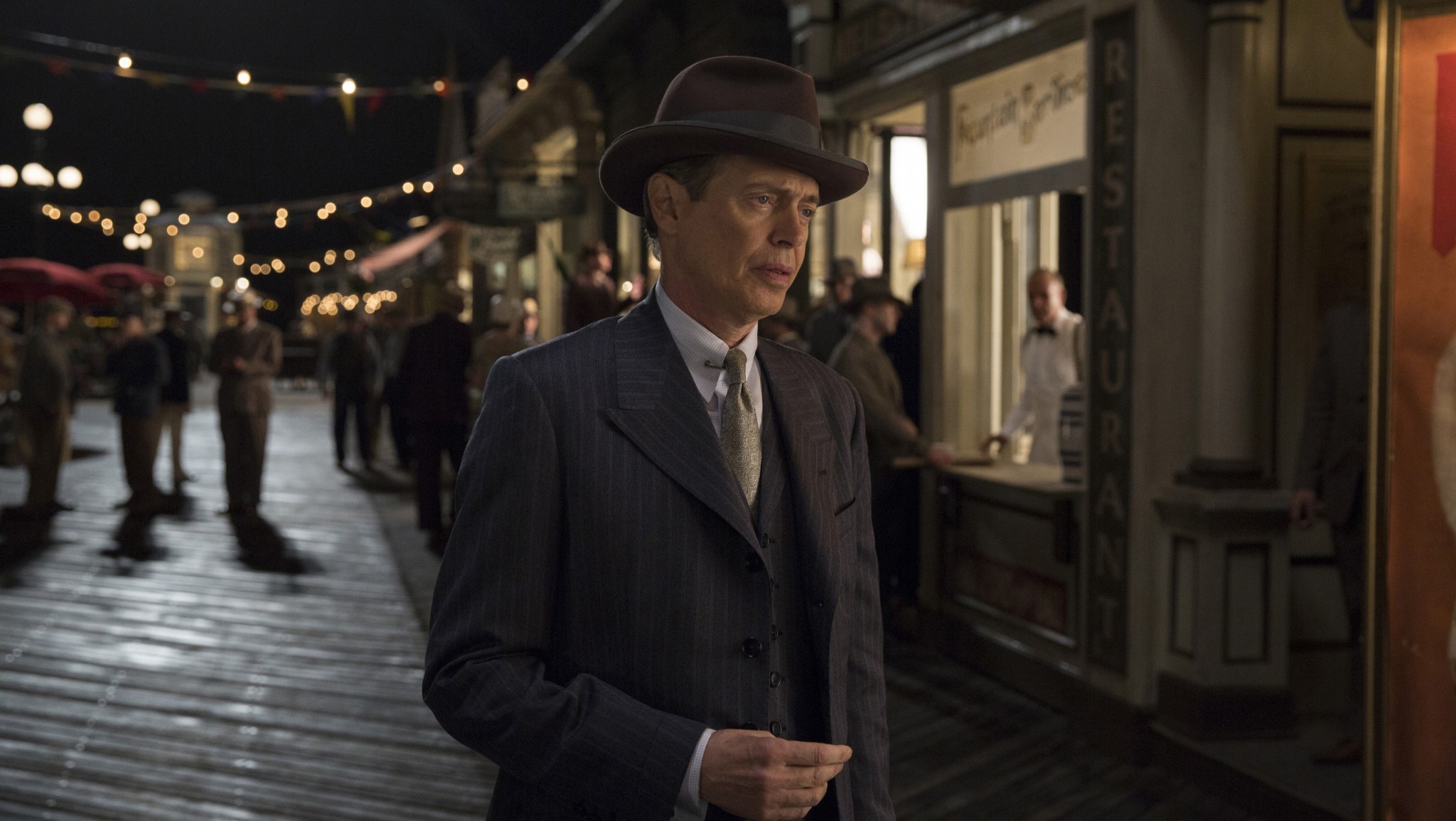 Godspeed, you spats-ed emperor. Say what you will about Boardwalk Empire, it died the way it lived — unshakably convinced that Steve Buscemi’s cagey, peevish Nucky Thompson was a compelling protagonist whose journey was a strong enough engine to power a TV show. This has never, ever been true, but you have to give it up to Boardwalk creator Terence Winter & Co. for staying the course anyway. Nucky was never going to become as iconic as Tony Soprano — or even Tony Blundetto — but they never stopped believing.

This entire season was a gratuitous postscript to the bleak and masterful Season 4, whose last shot would have worked just fine as a closing note for the entire series: Jack Huston’s Richard Harrow, the closest thing this show had to a soul, dying on the sand while dreaming of the peace his life denied him. The overlong good-bye is a mistake that a lot of TV shows make, especially now; one of the silliest rules of our present Golden Age of Fancy Televisioning is that even a damp squib like The Newsroom gets a third and final season in which to end things “on its own terms.” But Boardwalk didn’t just run eight hours too long. It blew a sizable chunk of those eight hours on languidly paced 1890s-set flashbacks to Nucky’s origin story, with Nolan Lyons and then the eerily Buscemic British actor Marc Pickering playing younger versions of the character. The sequel nobody needed was also the Anakin Boardwalker prequel nobody asked for! It was a fairly absurd way to wrap up a show, but also somehow a perfectly Boardwalkian one: As the clock ran out, they actually found a way to double down on Nucky.

The flashbacks served a practical purpose — they set up last night’s finale, and specifically its last scene, by reminding us that it was young Nucky who rescued a 13-year-old Gillian Darmody from life on the street, then delivered her into the hands of Atlantic City’s sick-fuck overlord Louis “The Commodore” Kaestner, who would rape her and father her son Jimmy, played by Michael Pitt in Seasons 1 and 2. But on a week-to-week basis, these sequences were torture. We learned very little about Nucky that we didn’t know already, except that his funny-hat problem goes back to the McKinley administration. And every trip down memory lane represented another few minutes we weren’t getting to spend with Boardwalk‘s small army of terrific supporting characters, many of whom I’d come to dig and in some cases even care about.

This meant significant deaths (and seriously, spoilerphobes who’ve for some reason read this far: duck out now or never) seemed rushed, even the ones that seemed inevitable. It was hard to muster much feeling for Sally Wheet, who never grew into anything but a brassy Nucky foil even with Patricia Arquette’s performance suggesting depths the writing didn’t. But Nelson Van Alden/George Mueller becoming collateral damage in a nonsensically dumb FBI sting was a sad-trombone farewell for a character whose insane arc deserved an aria. And I’m with Killer Mike on Chalky White:

Plus Van Alden (Michael Shannon) and Chalky (Michael K. Williams) had to share a final episode last week, which is harsh; Chalky’s nemesis, Dr. Narcisse (Jeffrey Wright), popped up in the finale just long enough to get gunned down by Charlie Luciano’s goons, which is harsher. He has just finished quoting Ecclesiastes on the subject of man’s impermanence and the abiding of the earth when it happens, because of course he has, because this show is not afraid to really throw it right over the plate, symbol-wise. Recall if you will the scene last week in which Willie Thompson gets kidnapped by Luciano’s men, right in front of his father and New York’s Most Ironic Billboard. It wasn’t totally clear what we were supposed to take away from that juxtaposition, but I’m guessing we weren’t supposed to laugh; I did. 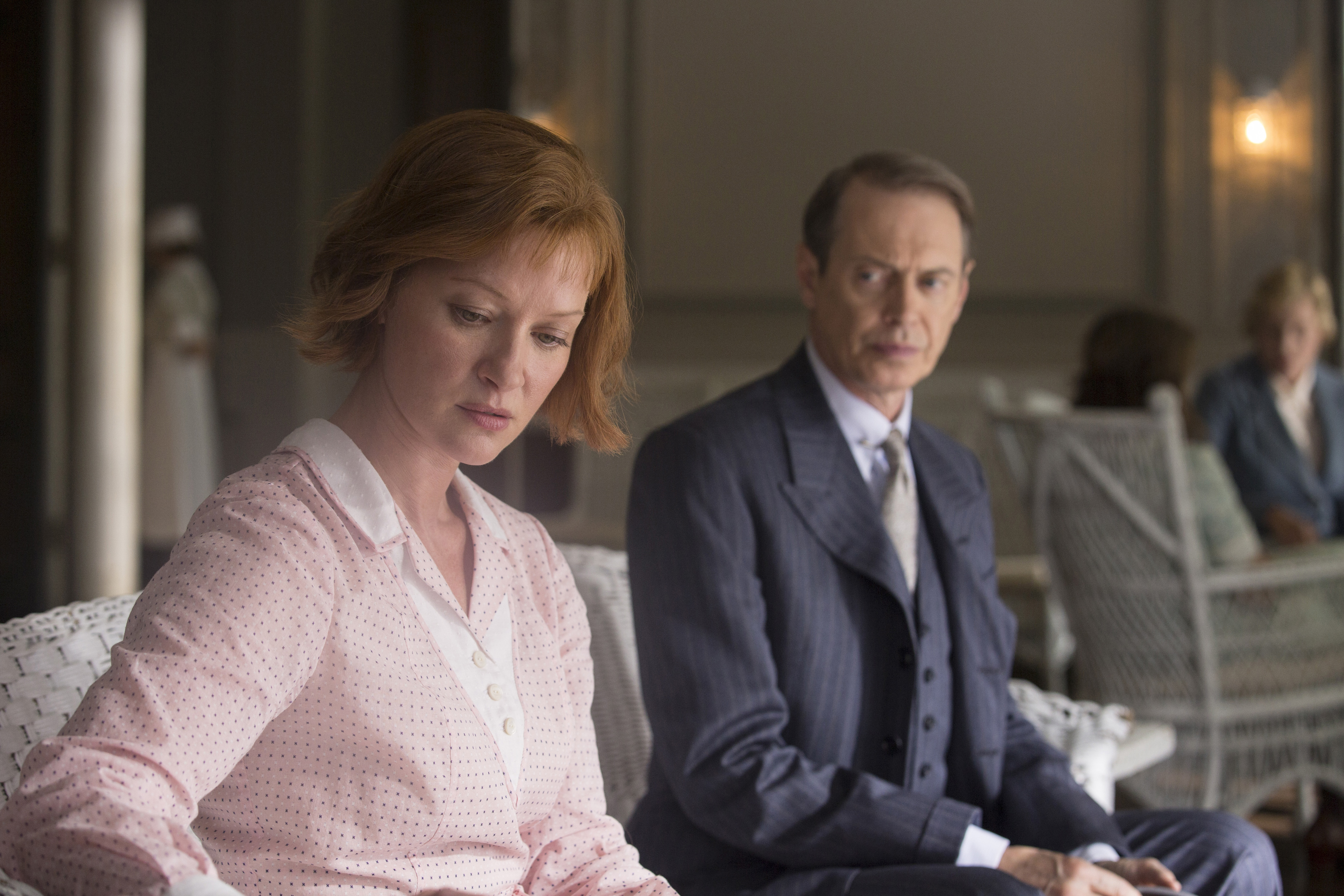 In a way, that billboard was perfectly Boardwalk, too — a halfhearted attempt (through overbearing production design) to turn a scene that was pure plot into a big thematic statement about America. Which was always the irony. This show didn’t actually have much to say about America that hadn’t been said before, often in the gangster movies whose long shadow Boardwalk could never quite shake. But it did pure plot incredibly well, and found space within that for odder, smaller grace notes undreamt-of by Robert Warshow. There was enough room in last night’s overstuffed finale for at least a few of those moments. Nucky and his slightly-less-estranged wife Margaret, dancing in an empty luxury apartment they know they’ll never share, and the shots of their faces in that scene — him needing to pretend a different ending might be possible, her giving him that as a farewell gift. And Nucky wandering the boardwalk, stumbling into that tent after a model in a metal crown promises him a glimpse of “the world to come,” which turns out to be a tiny TV screen. It felt like something that might have happened to Tony Soprano, who was often adrift with his thoughts while forces aligned against him, and encountered a lot of portents he couldn’t quite unpack, although when he dreamed of the boardwalk it was always Asbury Park.

Last night’s pure-plot ending, meanwhile, tied the 1897 and 1931 story lines into perhaps too neat of a bow. Young Nucky makes the fateful decision to feed Gillian Darmody to the Commodore in exchange for a career in politics; old Nucky discovers that the teenage wannabe gangster he banished from his crew a few episodes back is actually Tommy Darmody, whom Gillian raised as her own after Nucky killed Tommy’s father, Jimmy, Gillian’s son. Tommy alludes to how much his “mee-ma” hated Nucky, how the hate was as fierce as love. Then he shoots Nucky dead. So it’s pulp Oedipus, in the end, with a side of Robert Ford, plus the ghost of Michael Pitt lurking just offstage. I’ll take it. It beats the actual, historical truth: The real Enoch Johnson did time for tax evasion after Prohibition was repealed and died in a New Jersey convalescent home in 1968, just a few years before legal gambling came to Atlantic City. The actual world to come is a Donald Trump hotel/casino stamping on a human face, forever; in at least one respect, the fictional Nucky may have dodged a bullet.