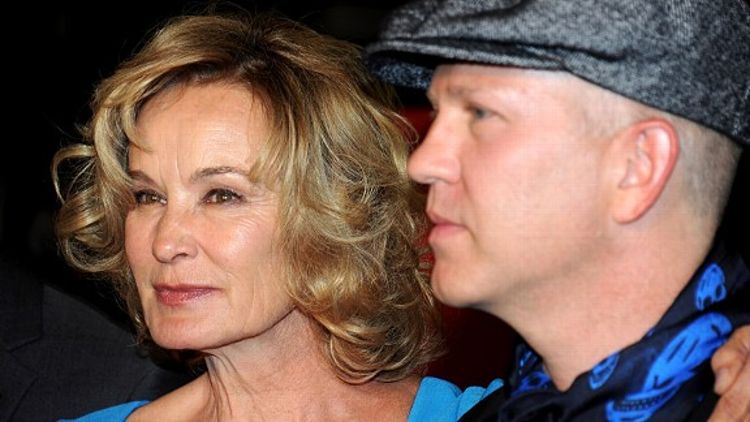 A person doesn’t become a pioneer of rear-entry scenes without accumulating a few detractors. Ryan Murphy’s haters are a diverse group: from the Parents Television Council, predictably wishing sex and other interesting things off the airwaves, to former fans who are sick (Sick! Green at the gills!) of illogical plot twists and disappointing season finales (Nip/Tuck being the prime example), to people who speak in Gleek and whose messages I can only decode by their use of the hash tag “I hate Ryan Murphy” — their numbers are vast and their emotions punctuated by zillions of exclamation marks. People love to hate Ryan Murphy so much that they will subject themselves to the Glee movie three times just to try to understand their reactions in the most masochistic way possible. Some of them grouse convincingly: Ryan Murphy has offended television viewers of varying sizes, sexual orientations, genders, and people with mental and physical disabilities. Others (so many others) seem infuriated that Murphy was unable to craft a human boyfriend for them out of the Tate pages of the American Horror Story script.

Below, a brief history of Murphy gripes. Perhaps one day we’ll all find peace, if Gwyneth Paltrow is willing to step in as mediator once again; if not, prepare to don your rubber bodysuit in preparation for the fiery, emotional explosion when Glee inevitably runs out of steam. And get your fire poker ready.

Gripe: Save DIY Mastectomies for Cable

“Not content with depictions or descriptions of bestiality, incestuous necrophilia, or blood-soaked stabbings, the narcissistic sociopaths behind the production and distribution of Nip/Tuck have chosen to establish yet another low-point in the history of television.”

“In my own interviews with plastic surgeons, I’ve heard again and again that if a show like Nip/Tuck airs on a Thursday, then Friday will see an increased volume of calls from potential patients. […] It is a relief to know that it will eventually be off the air.”

Gripe: The Soundtrack Was Too Good

“We are harassed by the director’s record collection on the soundtrack. It’s a common and infuriating problem. I don’t need to be bombarded by the pop music of the time to believe that the film is set in 1972.”

“A pity party that makes flip and calculated light of everything from sexual discovery, religion, insanity, recovery, you name it, Running With Scissors attacks its audience like some mental patient running at you with, well, a pair of shears […] You may want to look away from the screen or risk losing an eye.”

Gripe: The Input and Output of Lauren Zizes’ Mouth

“This episode cracked out the fat jokes early, with Lauren saying ‘you can eat that, you know!’ in response to a comment about faking slushies with food coloring and snow. Because fatties, you know, we will eat anything. What really pisses me off about this character is that whenever she opens her mouth, she is either eating, or talking about food, or saying something sour and bitter because she’s fat and has no love. Which, fuck you, Glee.”

“The things this show has done with disability are so awful that I can’t even begin to catalog them right now.”

Gripe: Mercedes’ “Hell to the No” Song

“For the record, here is the entire list of things to which Mercedes says “Hell to the No”:

“That scene was so real and so raw, and it left me so shaken and vulnerable and guilt-ridden, that I nearly ran sobbing from the movie theater. Instead, I sobbed silently in my seat, wondering if the pain of someone physically stabbing me could hurt as much. […] Every time I think I’ve healed, that I’ve moved on, that I’ve grown onward and upward, an experience like this [film] reminds me how freshly wounded and sad I still am.”

“Please, by all means, go on a journey of self-exploration while the rest of us are scrounging together our rent, but don’t act like a goddamned HERO* about it. This movie, which is based on a memoir, uses the words “brave” and “courage” so loosely that those words should be removed from the dictionary because they are now meaningless. I’m sorry, but there is nothing brave about having a ton of money and deciding to be really indulgent about the way that you spend it (and also getting a book deal out of the whole thing by the end). Bravery is, like, Iraq, or whatever.”

Gripe: The Prospect of a Tateless World

Previously:
American Horror Story: The Finale
The Survivor Finale: In Praise of Sophie
The American Cooking Show Boom: Why We Watch
After the Suicide: Understanding The Real Housewives of Beverly Hills