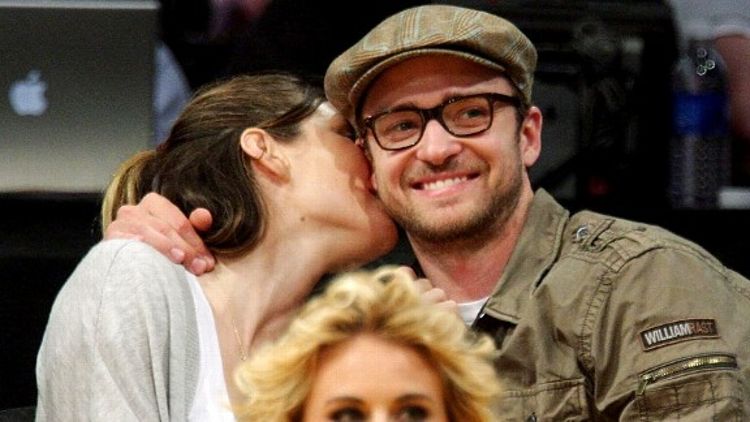 Five days into the new year, and the first big celebrity trend has reared its shockingly cute head: being engaged. We as a culture are used to becoming emotionally invested in one or two celebrity engagements at a time, but seven is a bit much. Yes, seven men decided to put rings on it over the past two weeks, giving us seven celebrity engagements to juggle. Life is hard.

Anyway, figuring out which ones to spend time obsessing over is a tough task. Luckily for you, I have developed a highly complex formula for determining which couples are worth your time.

How much fun is it to say their couple portmanteau? (i.e., Brangelina, Bennifer, Rashidbert)

Yep, that’s it. There really is no need to learn anything about them. Base everything on this and the decisions will be pretty clear. You’re welcome in advance.

“Jussica” (pronounced Juh-Seh-Kah): This is fantastic. True to Justin’s roots, this name takes the classic “Jessica” and ever-so-slightly countrifies it with the adjustment of a single letter, making it ten times more fun to say. This is JT saying, “Hey girl, if you want me, you best get used to my world.” That world is one full of Tennessee in-laws calling her Jussica. I really need this rumor to get confirmed, ASAP, or else I’m going to just start calling innocent bystanders “Jussica.”
Grade: A+ with distinction.

“LeBannah” (pronounced Lay-Ban-Nuh): Few words are this fun. You can really sit on each of the syllables for a few seconds, if that’s what you’re into (it’s what I’m into). Yes, I want them to succeed because they are high school sweethearts, but mainly because I want to scream this in highly public settings until the end of time. The only thing that could make it better is if her name was actually “Sayvannuh Brinson.”
Grade: A-

“Jissy” (pronounced Jih-see): Before I go on, let me say for the sake of the human race, I hope they have 37 beautiful kids. Their kids will look like the future. The only bad thing about them is that their last names almost have the exact same letters. Because of this, we’re almost forced to use the first names, never a corner you want to be backed into. Anyway, “Jissy” isn’t the worst. It’s a pretty sassy word, most effectively used in the context “Oh snap, there goes Jissy again, kissing all over each other and whatnot.” You’d hope for more from such a splendid couple, but I guess it’s true you can’t have it all.
Grade: B

“Camilaughey” (pronounced Cah-Mil-Luh-Hey): Weird word. Real breathy. Sort of sounds like something you might contract from a dude that plays naked bongos. Still, it’s pretty fun. You can also just go the “Camilli” route, but I guess you could do that even if Matthew wasn’t in the picture. Despite its awkwardness, it is much better spoken than spelled, so it has that in its favor. Eh, I think that’s all it may have.
Grade: B-

“Arethkerson” (pronounced Uh-Reef-Ker-Son): The gut move upon seeing these two names is “Frankerson,” and that would be true if he proposed to Benjamin or Delano Roosevelt, but this is Aretha we’re talking about. There’s no way you’re having a name to represent the union without some portion of “Aretha.” Does this fact cause a horribly ugly word to be created? Absolutely, but she’s the Queen and will always get her way. Never forget that, Willie.
Grade: C

“Brayler” (pronounced Bray-Ler): This is a pretty fitting name, because it’s really boring. It’s always a bad sign when the pronunciation is the exact spelling of the word. Huge red flag. You shouldn’t be talking about this couple, so there’s really no reason to stress over a portmanteau.
Grade: D+

“Air Prieto” (pronounced Err Pre-Et-Toe”). Name of the next pair of Jordans. This engagement, like everything, will be a business venture. I can’t support this.
Grade: F