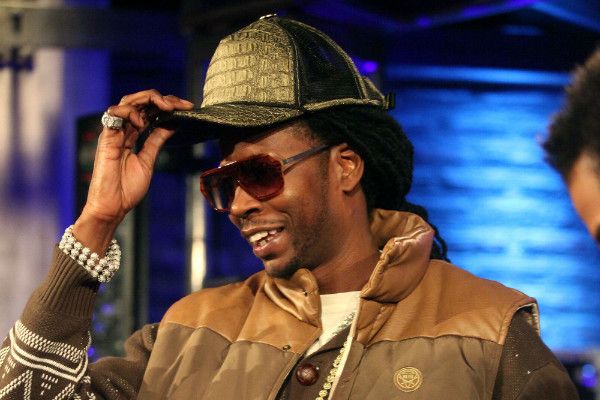 An artist’s debut album is often the most raw and intriguing of his or her career, because the work encompasses his or her entire life up until that watershed. There are too many classic examples to list them all (Illmatic, The Miseducation of Lauryn Hill, The Doors, Reasonable Doubt, Boston, Led Zeppelin 1, Appetite for Destruction, Enter the 36 Chambers, Southernplayalisticadillacmuzik, Ready to Die, to name a few), but the great ones always seem to have a sense of urgency about them, a suggestion that this could be the artist’s one shot, so why not leave it all on the floor.

Another thing that occasionally happens in debuts is that the artist uses the last track as a space to tell a story, again, as if this were the last time the listener would hear the artist’s voice. Nowhere is this more true than the final 12:41 track of Kanye West’s debut, College Dropout, “Last Call.” Doing exactly what many an artist hopes to do over the course of their album’s entire run time, he explains all of the trials and tribulations, failures and successes that got him to the point at which he signed a deal with Roc-A-Fella records, thus beginning the creation of his first album.

On Nelly’s debut album, the timeless Country Grammar, he took a different route and traded in storytelling for shouting out to all the important people in his life, by way of the final verse of his final song, “Luven Me”.

I’m doing this one here for Shaun Haynes, Lashando and JD
D Quick, Bo Gees and Fatty
My n***a Lil Erv, Gino and Poochie
And everybody over on Euclid and Lavade
Young Big Tajj, Pooh and Big Baby
Rio, JT and Big Money
Herky Jerk, Wezz and Pee and Cody
JE, K Ug and Oday
Toe-Fuh, MJ, and Calby
And all my soldiers down at Fairground on Monday
My Lunatic fam, Kyjuan, Murphy Lee
City Spud, T-Love and Baby Li
Yellow Mack, Slow Down, Courtney B
The rest of my n****s up in the NYC
And without Trail, Cootah and Coach it just wouldn’t be
And I will always be there to give you whatever you want.

Very few individuals on this earth know who or what Nelly is talking about. I’m not even sure if these are the correct names/lyrics, but this is simply what I’ve heard Nelly rap-croon since early 2000. And although it seems mighty awkward to end your album with a personal message that very few of the 9-plus million buyers of the album will understand, it’s long been one of his more endearing rap tracks, because, again, you have the feeling Nelly is thinking, I might not have another chance to say “thank you.” So “thank you.”

Which brings us to 2 Chainz.

The reinvented rapper, popular for hopping on other people’s songs and making them significantly better (Nicki Minaj’s “Beez in the Trap,” Young Jeezy’s “Supafreak”), released his highly anticipated debut album, Based on a T.R.U. Story, today. After a few listens, I’ve decided it is exactly what I wanted it to be, which is simply “not bad.” I knew it wouldn’t be great, but I just couldn’t handle it tanking, because that would signal the beginning of the end of Mr. Chainz, a man I have grown to love so. One of the songs that prevents it from being bad is a song aptly titled “Crack.”

While his album is not quite out to sum up his 35 years on this earth, it does share one very interesting thing in common with Kanye and Nelly. The similarity presents itself via his final stamp on the album, his liner notes “Thank You” section. While name-dropping the people, at length, who helped an album come to be is certainly not a new thing, there’s something about Mr. Chainz’s 60 lines of names that has, yet again, the same feeling of “it’s been a long time coming, and who knows if I’m going to get a second shot at this, so THANK YOU.”

While I’m sure someone at Team 2 Chainz compiled this list for him, due to the compartmentalization of some names (the journalists, the family, the DJs, the Atlanta DJs, the Def Jam people, etc.), there’s a certain haphazardness every now and then that makes me think he sat in a room, blunts in tow, and exhaustedly listed people to thank as they came to his Chainzian brain, until he fell asleep. You know, kind of like this. Three key examples:

To my knowledge, this is Duck:

And this is Fabo:

I’m convinced he was texting or tweeting with each of these men, which randomly inspired him to throw them on the list. Convinced.

Even though my hometown rapper rudely left me off the list, I can’t even be mad at a guy whose heart is filled with this much love. I truly hope this isn’t album no. 1 of one, for his sake, and for my gut feeling that after album no. 2, I’ll be placed between Duck and Fabo.