Go to the Mattresses 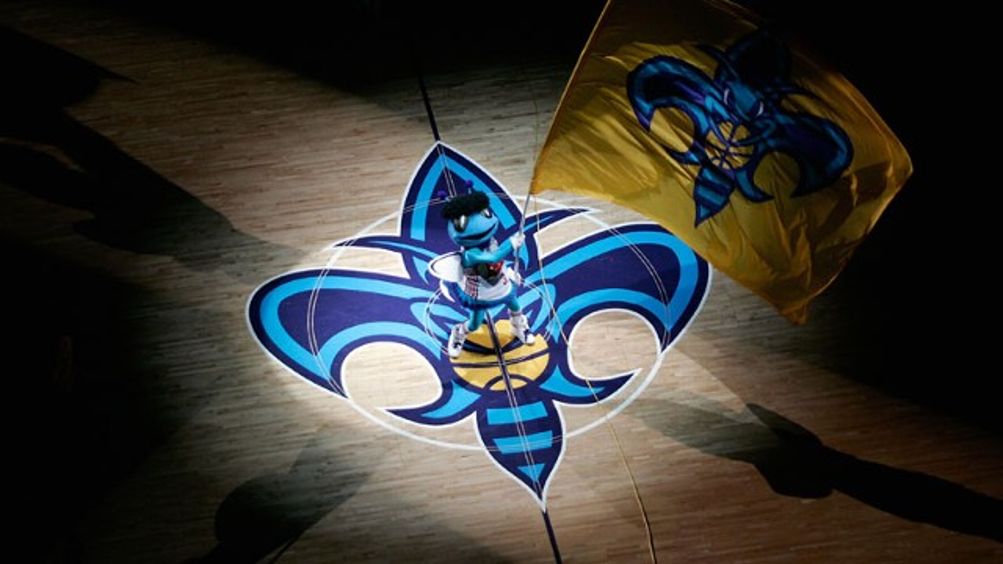 T he New Orleans Hornets are changing their name to the New Orleans Pelicans at the start of the 2013 season. In my opinion, the Hornets never really existed in New Orleans — there just happened to be an NBA team playing there since 2002. Their greatest achievement is paving the way for basketball in Oklahoma City after their team relocated there because of Hurricane Katrina during the 2006 season. Oklahoma City was able to support a team that no one in New Orleans was even interested in. Hell, if the Hornets had just stayed in Oklahoma City, there probably wouldn’t have been much backlash in the Big Easy.

I often wonder why the Hornets haven’t resonated with New Orleans after more than a decade. The team has had relatively successful stretches. Fans even got to watch a great, homegrown player in Chris Paul. This is a town that embraces the Saints whether they win or lose. The city’s culture is based on celebrating life on a nightly basis. Especially after Katrina, any local business, no matter how large or small, became a symbol of hope and restoration. So why do the Hornets still feel like a homeless NBA franchise?

New Orleans is a Saints town; the Hornets just happen to play in the outdated arena across the street. I remember my first Hornets game, in the poorly attended 2005 season, when the team finished last in NBA attendance. My mom and brother came to town to drop me off at Tulane University, and we decided to go to a game one night after seeing an advertisement for incredibly cheap tickets. We bought three in the upper level, where we found a group of kids in our seats. They hadn’t quite stolen them — the entire upper level had degenerated into a lawless general-admission section. Maybe this happens in other struggling NBA markets, but it operates in sharp contrast to the fan experience (and seating price points) that ushers protect at premier NBA arenas. Truthfully, there weren’t enough people in the upper level to justify its preservation as anything more than a free-for-all. No one really cared.

There are two problems with the Hornets brand. First, they still have that awkward ‘new franchise smell’ from the 1988 expansion that birthed them alongside the Orlando Magic, Miami Heat, and Minnesota Timberwolves. Those franchises have crafted solid playoff runs, featured signature players who single-handedly elevated their franchises, and left their fans with on-court memories that transcend the post-ironic throwback gear market. But not the Hornets. Even famous ’90s Hornets Larry Johnson and Alonzo Mourning, the franchise’s most iconic players other than Paul, are more vividly remembered for their time on the Knicks and Heat, respectively.

The other problem is that the Hornets don’t evoke the sense of pride that New Orleans demands from anything they can call their own. Sure, the Pelicans sounds like a silly name, but it could be their silly name. Anything that isn’t ‘boring’ would probably sound silly. There’s a risk in untraditional names, but that risk pays off in the long run. This explains why the generic Charlotte Bobcats don’t have an identity of their own, and just hearing the words ‘Brooklyn Nets’ together still feels awkward. Unique franchises tap directly into local roots — they shouldn’t share a name with thousands of America’s youth soccer teams.

And New Orleans already has some pretty weirdly named sports teams. The minor league baseball team, a Triple-A affiliate of the Miami Marlins, is called the Zephyrs. Tulane University is home of the ambiguous Green Wave, who actually have their own pelican, named Riptide, roaming the sidelines at games. Even Isidore Newman School, the alma mater of Peyton and Eli Manning, is known as the Greenies. What do they all mean? I graduated from Tulane and I’m still not sure. But they all sound like they belong in New Orleans. So do the Pelicans. 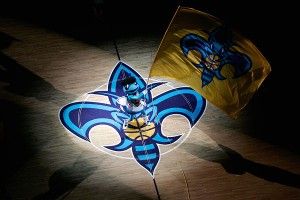 The Pelicans rebrand offers New Orleans a chance to have something that is legitimately their own after a decade of instability. Earlier this year, Saints owner Tom Benson purchased the Hornets from the NBA, a good move for the direction of the franchise on all fronts. Before Benson’s ownership, the NBA had purchased the Hornets from Charlotte escapee George Shinn to show their ‘commitment to remaining in New Orleans.’ Unfortunately, the Hornets felt more like a bargaining chip for the CBA negotiations than an NBA franchise run with the goal of winning an NBA championship. Those Hornets were a sham. Players or fans never felt like they were part of ‘something bigger,’ which is required to take a franchise’s identity to ‘the next level.’

How many New Orleans Hornets fans have been created in the past 10 years? Who was there to watch Jamal Mashburn’s amazing production on a terrible team? Who was there to watch the early days of Baron Davis as he perfected the art of the injury vacation? Who remembers when the Hornets hired Tim Floyd right after he stunk it up in Chicago? Who watched the rookie year of J.R. Smith, drafted out of high school, jacking up horrible shot after horrible shot as Byron Scott looked on in horror? At this point, who even remembers Chris Paul in a Hornets uniform?

The lack of local backlash concerning the Chris Paul departure always baffled me, but there was also a general fan feeling that he ‘paid his dues’ and ‘probably deserved better.’ Paul accomplished a lot in New Orleans; with the help of the underrated David West, he proved himself by taking mediocre rosters deeper into the playoffs than they had any business getting. He also single-handedly created the modern-day Tyson Chandler. However, Paul ultimately failed New Orleans because he Dwight Howard–ed his way out of town, only with more finesse and a just bit more justification. It’s hard not to see his angle now that, as a member of the Los Angeles Clippers, he is one of the most appropriately appreciated players in the league.

But at the same time, being ‘the guy’ in New Orleans is a unique social opportunity and responsibility. It isn’t for everyone. Think about how much Drew Brees means to New Orleans. That’s because Brees embraces the social responsibility of being a New Orleanian. He’s face of a city that is at risk of disappearing every hurricane season, someone who unifies the town across class and race lines, even if it’s only for the seemingly meaningless duration of an NFL game. He’s ‘just’ a professional athlete, but in New Orleans, public figures carry a heavier burden than just being famous. In a way, the ‘Charlotte Hornets’ could never shoulder the expectations of being in New Orleans.

New Orleans offers the purity of a small market, with big-market adoration for its teams and players. An NBA team should work there. If anything, the Pelicans can belong to Anthony Davis more than the Hornets ever could. The name change is probably the first step for Davis to take ownership of this team. He’s building the Pelicans, not salvaging the legacy of the Hornets. With the Benson sale, David Stern has ensured that the NBA will have roots in New Orleans. Now we’ll see if New Orleans wants to wrap its arms around the Pelicans.