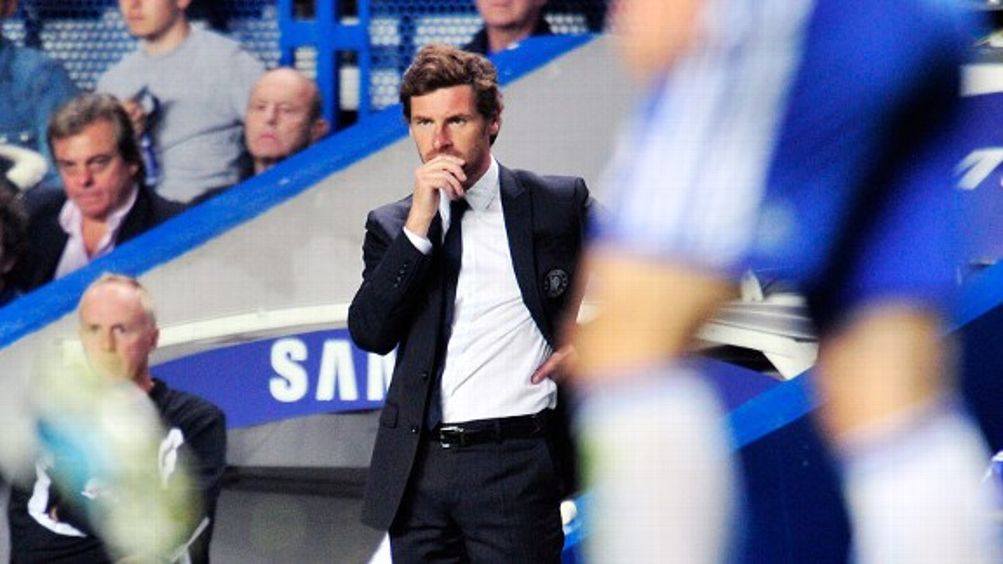 Game of the Week: Chelsea 3, Everton 1

Are you not entertained? Well, when it comes to the Chelsea teams of the past eight years or so, not so much.

You could probably chalk that up to a particular, though not really unique, dislike of Chelsea’s captain John Terry and his “blatant disregard for the law and for disabled people.” Or maybe to Ashley Cole’s blatant disregard for Cheryl Cole’s heart (she’s the Geordie princess!). But it’s more than that. It has to do with style.

Watching Chelsea play was like watching paint dry in that it was both boring and served a purpose, but that doesn’t account for the egos dripping all over the place. To properly thread the needle on that simile, the paint would then have to announce, “Check me out! I’m paint! Aren’t I brilliant?” That’s what seemed to be happening with every touch Terry, Cole, Nicolas Anelka, or Frank Lampard would take.

The Reducer wasn’t the only one put off by all of this. If Chelsea’s owner, Roman Abramovich, wanted to watch something slowly make its way to its destination, he could always just turn the engine off on his megayacht and gaze away as it idled its way around. He wanted more bang for the hundreds of millions of bucks he spent on the club.

This desire cost three managers — Avram Grant, Luiz Felipe Scolari, and Carlo Ancelotti — their jobs. Abramovich wanted football that, much like his art collection, inspired him. And now it looks like he might have finally gotten it.

The first step was to hire manager Andre Villas-Boas away from Porto. The just-turned-34-year-old is European football’s newest wunderkind; fresh off a Portuguese league title and with a Europa League trophy in tow, he was a protégée of Chelsea’s most successful manager, Jose Mourinho, with a reputation for exhaustive preparation and fast-paced, “vertical” football that quickly goes from defense to attack.

After a slow start that suggested a battle between the kind of football Villas-Boas wanted to play and the kind Chelsea’s old guard were accustomed to, Chelsea bought Juan Mata from Valencia at the end of August, a signing that may have finally brought upon the aesthetic transformation Abramovich has been looking for all these years.

Mata sort of looks like Villas-Boas; it’s like he’s the manager’s on-field avatar, manifesting the tactical changes he has struggled to institute. Against Everton on Saturday at Stamford Bridge you could see Chelsea playing something close to what Villas-Boas has in mind for it, and you can see that Mata was making it happen.

Chelsea was playing a highly fluid 4-3-3 formation that, at times, when the Blues had possession, even looked like a 3-4-3, with defensive midfielder John Obi Mikel dropping back as a third central defender while fullbacks Jose Bosingwa and Cole hugged the touchline in midfield, joining the central-mid duo of Ramires and Frank Lampard. Up front, wingers Mata and Daniel Sturridge dropped deep to pick up the ball, swapped flanks, and cut in to make room for more advanced runs from the fullbacks. There was fluidity. There was good movement off the ball. And, most importantly, Mata was conducting it all.

Even in inconsequential sequences, you could see the drying paint suddenly look like art. In the 10th minute Mata, dropping deep, picked up the ball from a short Terry pass, took one touch, and hit Bosingwa on the right wing with nothing but open space in front of him. Nothing came of it, but it was an example of Mata’s field awareness, his vision, his touch, and, most of all, Villas-Boas’ desired style of play.

In the 30th minute, Mata made a chip pass that only about a dozen people in Europe can probably land, finding a goal-bound Cole, who volleyed to Sturridge for a header. It was a sequence in which Mata started on the far right side of the field, shuttled over to the mid-left, and played a 1-2 with Didier Drogba out on the left wing, pulling his marker out of position. It confused Everton, resulted in a great goal, and left Abramovich joyously smiling, giving his team a round of excited standing applause.

Roman Abramovich is happy? Who gives a shit, right? Well, of course nobody, but when I found myself mimicking Abramovich’s reaction, something dawned on me; maybe, deep down, I sort of get Roman Abramovich. Yes, I want a yacht with a laser shield, but more than that, if I ruled the world, I’d want a football team; I’d want to be able to buy the players who have given me the most joy, and I’d want them to play in a way that excited me. And seeing Mata effortlessly orchestrate a gorgeous team goal, I got to experience a little bit of the pleasure that Abramovich was feeling. And at a fraction of the cost, to boot.

The “big game” of the weekend was Sunday’s clash between English football’s two most storied clubs, Manchester United and Liverpool. Operating under my new “live every day like you are Roman Abramovich” life plan, I did not stand and applaud, though I did laugh when Steven Gerrard scored a decent free kick past United’s Ryan Giggs, who seemed more concerned with his little Big Brother than he did staying in United’s wall. A few other takeaways from the game:

• The Reducer does not habla Español nor can I lip-read, so I can’t really rule on whether or not Liverpool’s Luis Suarez repeatedly racially abused United’s French fullback Patrice Evra. Suarez and Liverpool insist he did not, while United is standing behind Evra’s claims that he did.

• Liverpool manager Kenny Dalglish should be satisfied with a point against United. A win would have been fantastic, pulling them within three points of their rivals, but this keeps the Reds right in the mix for the top four, and serves as a mile marker for how far Liverpool have come since he took over. However …

• The Reducer still wonders whether Dalglish knows his best 11 yet, or more specifically, his best attacking group. Logic suggests that Stewart Downing should be paired with Andy Carroll (Downing is a good crosser of the ball, Carroll great in the air), while Craig Bellamy has looked good with Suarez.

• The Reducer also wonders: What would happen if Charlie Adam were just a few steps faster? Also, is he the world’s oldest-looking 25-year-old?

• Not a shock, but the most influential figure in Saturday’s matchup was United manager Sir Alex Ferguson. First off, Ferguson put out a strange, overly defensive team sheet, with a midfield featuring Darren Fletcher, Phil Jones, Phil Jones’ Supercuts blond highlights, and Park Ji-Sung. He also kept Wayne Rooney on the bench. It was the culmination of a rather rough patch for the noted Oasis fanatic, one that saw his father accused of match fixing in Scotland and saw him do this during a Euro 2012 qualifier and get a three-match ban for his trouble, jeopardizing his place by England boss Fabio Capello’s side next summer. So how did Ferguson handle Rooney’s plight? “It’s been a bad week for him really,” said Capello Ferguson. Adding, “I felt with these circumstances that he’s better off starting from the bench.”

• Heavy is the head that shares a body with the arm that wears the Arsenal captain’s armband. In recent times, having the distinction of leading the Gunners out on the field usually signals a player’s impending departure. Thierry Henry wore the armband from ’05 to ’07 before beating it to Barcelona. William Gallas presided over the team like the mother in August: Osage County from ’06 to ’08 then left for arch rivals Tottenham. Cesc Fabregas stuck it out for three years before returning home to Barca, and now Robin van Persie leads the side out. The Dutch forward is easily Arsenal’s best player by miles, and as a leader he is definitely a change of pace for the typical fraternal Arsenal side. He has a little bit of stage mom in him. He pretty much single-handedly defeated Sunderland over the weekend, but not without a lot of hysterical hand gestures at Gervinho. Van Persie has not always been the most pleasant teammate, but, who knows, maybe, after a few seasons of captains who were either on their way out the door or unfit for service, Arsenal needs a bit of an arsehole (remember to tip your waitress) to lead them.

• It’s getting very Tinker, Tailor, Soldier, Spy over at Queens Park Rangers. Manager Neil Warnock was steamed when his benching of temperamental creative midfielder Adel Taarabt was leaked out on a QPR message board prior to this weekend’s match against Blackburn. Apparently, the call was coming … from inside the house! Warnock added, “It’s disappointing when it comes from the dressing room. That’s the only place it could have come from. Obviously, the person has got some good inside information. We’ll have to tighten things up.” Nice Over The Edge management philosophy, Warnock!

With all due respect to Mario Balotelli’s bicycle kick, I think this Larsson free-kick equalizer against Arsenal (where he was once a player) can best be described with an old line from Bull Durham: “I mean, anything travels that far oughta have a damn stewardess on it, don’t you think?”

Joey Barton’s Twitter feed has been something of a public record of the Merseyside native’s transformation from imprisoned brute to art lover, philosophy student, and Smiths fan. Personally, though, I am partial to Barton’s cultural criticism. The other night, Barton’s wife was watching The Only Way Is Essex, which, so far as I can gather, is a Brit version of The Hills, which led him to Tweet: “Missus has got TOWIE on…….what a firm of blurts. Going to make some tea and toast.” FIRM OF BLURTS?