The X Factor Preview: In Defense of TV Singing Competitions 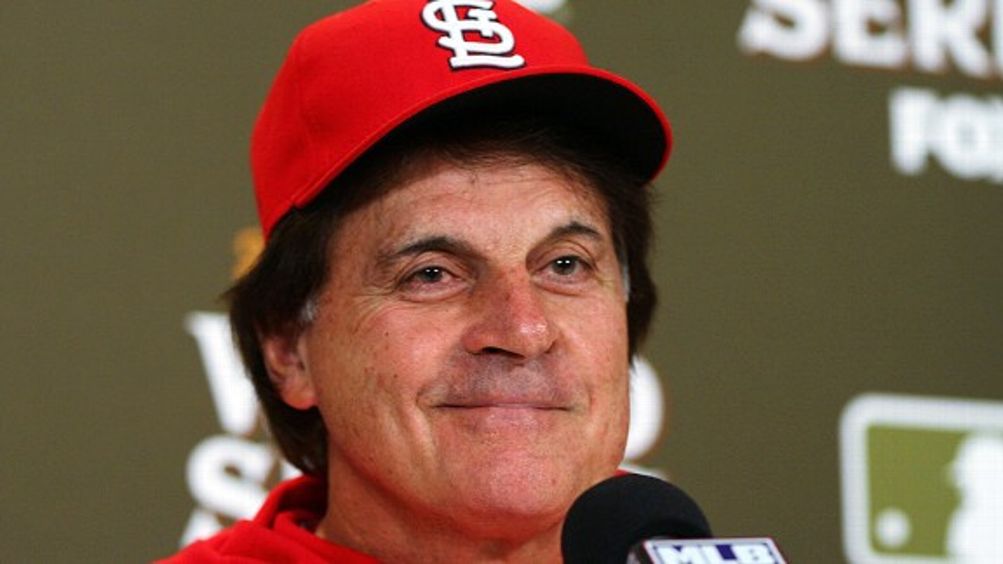 Did a bullpen phone miscommunication really cause the Cardinals’ Game 5 eighth-inning meltdown? Or was Tony La Russa trying to cover up his own strategic blunders with a convenient excuse?

Honestly, does it even matter? By blaming NA-PO-LI-chanting fans, a defenseless bullpen coach, and the latest in cutting-edge landline technology, La Russa gave the baseball world the gift of comedy gold. If he also kept alive his streak of more than 5,000 games managed without a single tactical error, bonus.

What we need to know is this: Was BullpenPhoneGate the weirdest moment in World Series history? And can the Cardinals possibly recover from a moment that any 8-year-old with a Hello Kitty phone could have avoided?

Peruse the most surreal moments ever to happen in a Fall Classic, and you’ll find that most of the time, the team burned by the crazy incident went on to lose the series.

There’s the Shoeshine Pitch of 1969. The Mets trailed the Orioles 3-0 in Game 5 of the Series with Cleon Jones coming to bat. Dave McNally1 threw a pitch in the dirt that bounced all the way to the Mets dugout. Jones claimed the pitch hit his foot and that he should be awarded first base. Mets manager Gil Hodges ran up to home plate umpire Lou DiMuro with a ball that had a dark smudge on it. DiMuro overturned his non-call, awarding Jones first base without ever bothering to check if the ball Hodges gave him was the one that had just been thrown. Donn Clendenon subsequently homered, and the Mets came back to win the game and the series.

In 1924, we had The Mask and The Pebble. In the ninth inning of Game 7, Walter Johnson entered a tie game in relief, pitching on one day of rest. The Big Train got through the ninth, 10th, 11th, and 12th without allowing a run. In the bottom of the 12th, Johnson’s Washington Senators teammate Muddy Ruel hit a high popup that Giants catcher Hank Gowdy tracked in foul territory. As he readied to make the catch, Gowdy tripped over his mask, then watched helplessly as the ball fell out of his reach. Ruel took advantage of the opportunity, lashing a double to left. Johnson then pushed Ruel to third by reaching on an error. Still, the Giants looked like they would escape the jam unscathed when Earl McNeely hit a routine grounder to third baseman Freddie Lindstrom.2 But just before the ball arrived, it hit a pebble and skipped over Lindstrom’s head, into left field. Ruel scored the winning run, and the man who might be the greatest pitcher of all time finally claimed his first World Series … in his 18th season.

Then there are those moments best defined as infamous or bloody depressing (depending on your perspective) rather than simply weird. The 1919 Black Sox scandal led to two different movies, one 69 years later and one 70 years later, both of which probably made Shoeless Joe Jackson seem a little too sympathetic. Aside from actually fixing a World Series, the moment most likely to cement the inevitability of losing afterwards was that time John McNamara, Calvin Schiraldi, and Bob Stanley blew Game 6 for the Red Sox.

Still, there’s a certain selection bias involved in claiming that teams always lose after something horrible goes against them in a World Series. One year Don Denkinger makes an unbelievably, terrible call against St. Louis, and Cardinals fans have an enemy for life. Twenty-six years later Ron Kulpa makes an unbelievably terrible call in the Cardinals’ favor and it’s forgotten, both because Albert Pujols then went on to have the best game in World Series history, and because Texas might end up winning it all anyway. Does Steve Bartman become a tragic figure had Moises Alou not acted like he would have definitely made a very difficult play, or Alex Gonzalez not made an error that opened the door to five unearned runs? We construct narratives in our mind, and imagine inflection points that made victory (or defeat) impossible thereafter.

In fact, many of the weirdest World Series moments were decidedly neutral. In that same ’86 World Series, nine innings before that other Bill Buckner incident, the Red Sox first baseman had his at-bat interrupted by a parachutist. Mets fan Michael Sergio landed near the first-base line carrying a “Go Mets” banner, ran around the field and high-fived Ron Darling before security finally whisked him away.3 In 2002, Dusty Baker’s 3-year-old son Darren very nearly got trampled after running out on the field to retrieve a bat in the middle of a play before J.T. Snow ran home, scooped him up, and shepherded him to safety. You can debate the inherent psychological warfare all you want, but it’s tough to say that Roger Clemens’ throwing a busted bat shard at Mike Piazza in the 2000 World Series led to anything other than confirming that Roger Clemens is a gigantic asshole.

The single most unlikely moment in World Series history, the Loma Prieta earthquake of 1989, also probably didn’t have much impact on the Series result. Just before the start of Game 3, a 6.9 magnitude earthquake struck the Bay area, roiling Candlestick Park, collapsing a freeway in Oakland and a section of the Bay Bridge, and killing 63 people and injuring 3,757 more. The World Series would resume 10 days later, and the A’s would go on to sweep the Giants in four games. The odds of one of America’s deadliest natural disasters of the 20th century occurring during the only World Series ever to pit the two Bay Area teams against each other, with the initial tremors captured on live television, are beyond astronomical.

Some of the craziest moments that have gone against one team actually ended with the affected team winning anyway. Oakland A’s second baseman Mike Andrews committed not one, but two 12th-inning errors on routine grounders in Game 2 of the 1973 World Series, leading to a four-run Mets rally that tied the series. A’s owner Charlie Finley, never one to let an opportunity to do something bat-shit insane pass without acting, cornered Andrews and forced him to fake an injury so Finley could replace him on the World Series roster. Andrews obliged and went home. But his teammates protested, wearing his no. 17 taped to their uniforms while they worked out on an off day. Commissioner Bowie Kuhn ordered that Andrews be placed back on the roster. When he came up to pinch-hit in the eighth inning of Game 4, he got a standing ovation from the crowd … of Mets fans, at Shea Stadium. The A’s went on to win it all that year anyway, and Andrews never played again in the big leagues.

Momentum sounds like a great explanation for events in baseball, until it isn’t. Whether it’s a player messing up so badly that fans of the other team gave him a standing ovation, or Carlton Fisk’s foul pole wave for the ages ending with the Red Sox losing the next game, baseball is littered with examples of teams that seem destined to win (or lose) only to have the opposite outcome occur. At its heart, baseball is a game of skill much more than one of effort. You hit the ball, you pitch the ball, you catch the ball — failing to run out a grounder because you feel like your team got screwed probably won’t make a difference in the end.

BullpenPhoneGate might seem like the biggest deal in the world as we get set for Game 6 of this exhilarating World Series, but it doesn’t mean the Cardinals are sunk. Two home wins and La Russa’s Ma Bell Meltdown gets downgraded to a minor boo-boo, a profoundly bizarre play that’s simply a footnote in the game’s wild, unpredictable history.