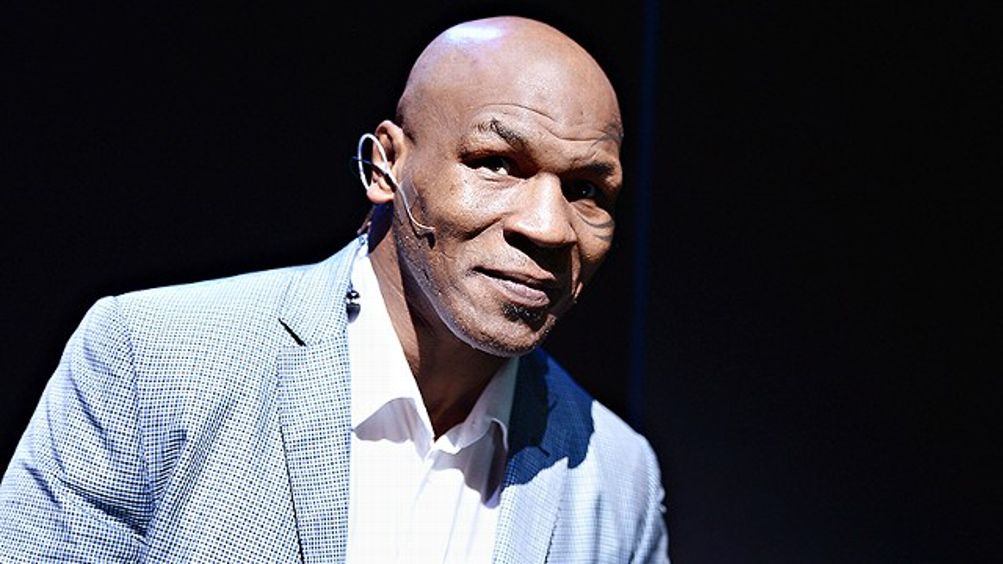 In the fall of 1986, I was 6 and my family lived in the first of three public housing towers that rose up over the decaying sprawl of the Fresh Pond neighborhood in Cambridge, Massachusetts. My parents are the sort of immigrants who do not confess hardship to their children, and so my sister and I were cocooned within a relative, rhetorical prosperity — we were always told that other people had it worse and we should be grateful for not having to live like them. Another Korean family lived a few floors upstairs from us. Although they came from almost identical circumstances, my mother was always accusing them of opulence because they paid for cable television.

Of course, I snuck upstairs at every opportunity to watch that opulent TV.

It was upstairs in the other Korean family’s living room that I first saw Mike Tyson fight. Saw the black shoes, the black trunks, the quiet menace. Back then, I had no way of processing what was happening, but those early remembered images stay with you throughout your life in a way that defies any sort of rational explanation. The Alewife train station was under construction for much of my childhood, and in one of my earliest memories, I watched a crane carry a beam across the lot. Now, whenever I’m back in Cambridge and drive out on Route 2 toward the suburbs, I always feel a slight shock when I see that Alewife has been completed. Something similar happened with that early memory of Mike Tyson — there have been five, maybe six Mike Tysons who have come and gone since 1986, and although I paid great attention to each one, I still remember him as Kid Dynamite, the unprocessed 20-year-old endorsement wonder, the only sports figure in America who could turn himself into an 8-bit Nintendo dream.

I wonder if anyone who grew up with Mike Tyson really thinks of him much differently. We can identify Mike Tyson as the alleged wife beater seated next to Robin Givens on Barbara Walters’s couch, as the past-his-time puncher taking sad paydays, or as the ex-con with the facial tattoo who owned a tiger in The Hangover, but when presented with so many images with the same name, the brain eventually gives up, doesn’t it? We make our judgments but cling to a singular image. The choice between all those Mike Tysons, I suppose, is determined by how you want to remember the man. 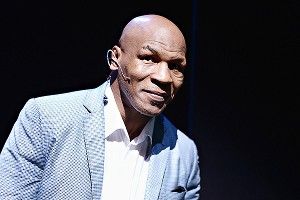 And so it’s a little strange to see him onstage at the Pantages Theater, overweight and rambling on about his life. Not because there’s anything undignified about his confessions, but more because it’s always rare to watch the image tell its own origin story. Only in America, as Don King might say. Only in Mike Tyson’s America could a convicted rapist stand in front of a projection screen and pour his heart out to a packed house, because Mike Tyson’s story only makes sense in this America, where Odysseus climbs back within himself and where the sirens sing in the heavily codified language of therapy.

There is no greater point to these revelations, no attempt to humanize anything beyond the man onstage. Tyson’s one-man show is exactly that — a monologue delivered by one man, presumably to that same man. The audience might as well not be there — Tyson even jokes that the only reason he’s doing this in public is because he’s run into a lot of tax problems recently. This intimate effect is heightened by Tyson’s stage presence — the physical dynamism that vaulted him to worldwide fame is mostly gone. When Tyson shadowboxes onstage now, he looks slow and creaky. At some point he tries a roundhouse kick, but can’t get his leg much higher than his waist. He looks, for the most part, like a man who has aged badly and quickly.

At the show I attended on Sunday night in Los Angeles, Tyson addressed much of his monologue to Sugar Ray Leonard, who was seated in the front row. Whenever Tyson made a statement about what it was like growing up poor, he asked Leonard for confirmation. Champ, you remember how it was for kids like us, right, champ? This was almost certainly uncalculated, and perhaps an attempt by Tyson to focus on one familiar face amid a crowd of 2,500 strangers. Tyson’s magnetism comes from his deep insecurities, and like all good actors, he has the ability to project that fear onto the audience. I have no idea how Leonard reacted to Tyson’s constant pleading, but it’s mostly irrelevant. What mattered more was that the former baddest man on earth seemed so desperate for acceptance.

It takes a hell of an American to make America feel old. Images of a young Mike Tyson are projected onto the screen throughout Tyson: Undisputed Truth, including the following training footage.

It’s painful to reconcile the visual evidence of the younger Tyson on the screen with the humanity of the older Tyson onstage. The presence of the latter makes the former seem tragic. But if there’s any running theme in Tyson’s one-man show, it’s that both Tysons are flawed, hell-bent, and eternally hopeful. Despite those iconic images from his youth, Tyson seems to want us to understand that the old man is the young man is the old man. In Tyson’s world, there is no escape from ourselves — we can be the youngest heavyweight champion in the history of boxing, we can make $400,000,000 and go to jail for three years, but at some point, we have to sit down and figure out exactly who the fuck we are.