What Do You Do About a Problem Like the Wizards? 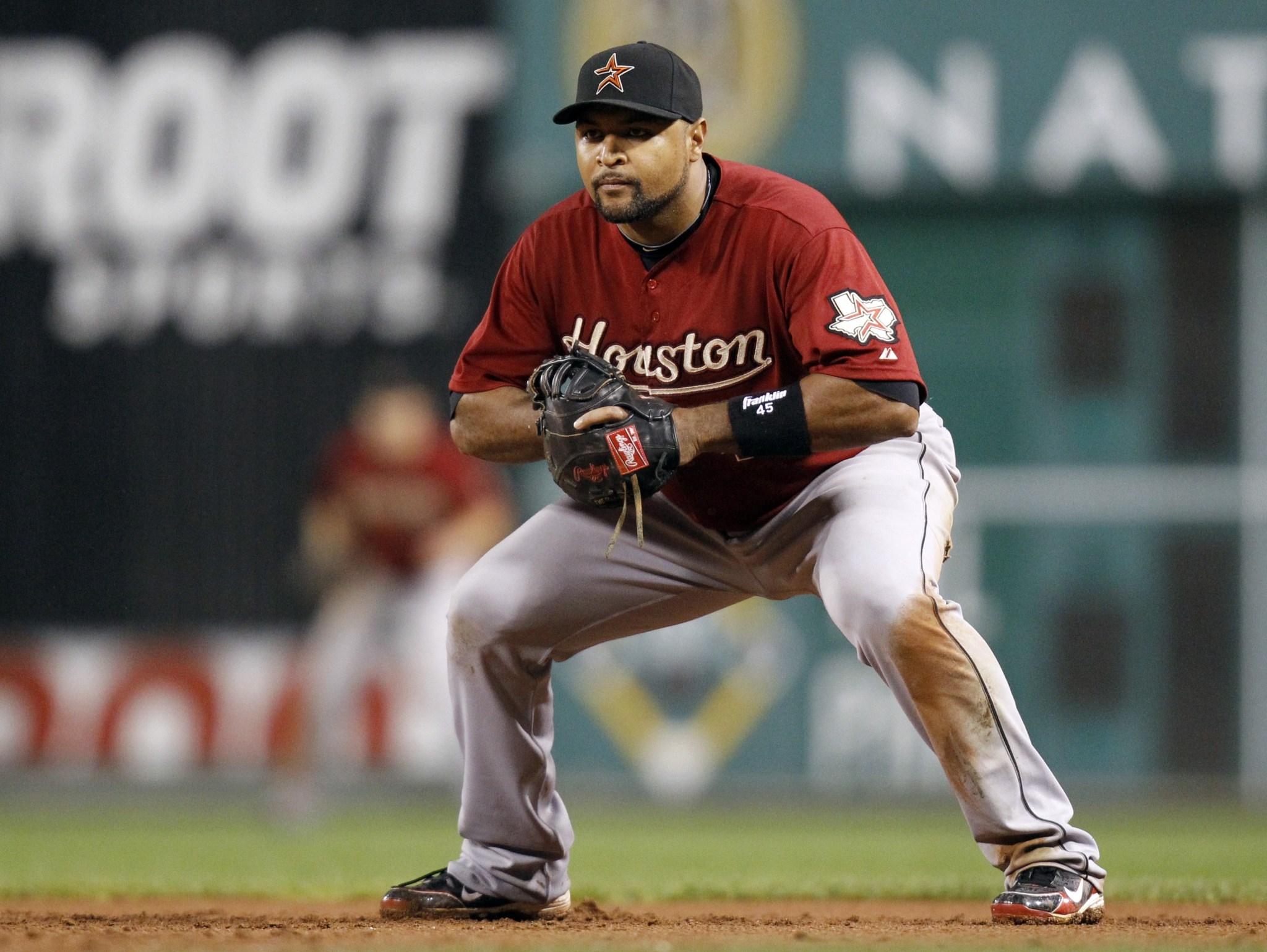 There are thousands of ingredients that go into building a successful baseball franchise. But sometimes the difference between a great franchise and a lousy one can be summed up with a single number.

In 2005, 2006, and 2007, the St. Louis Cardinals drafted a total of 24 players who’ve since made it to the big leagues — the highest number for any team during that three-year span. The Cardinals won the World Series last year thanks in large part to players like Jaime Garcia, Jon Jay, Allen Craig, and Lance Lynn.

In the 2005, 2006, and 2007 amateur drafts, the Houston Astros drafted a total of four players who’ve since made it to the big leagues, the lowest rate of return in the majors. The Astros went 56-106 last year, good for the worst record in baseball and the worst in franchise history.

Twenty-four to four. That’s what separates baseball’s champs from its chumps. It’s also what prompted the Astros to make the most logical move, given the circumstances: They hired two of the men most responsible for the Cardinals’ success.

The Astros were one of baseball’s top teams not long ago, banging out six playoff appearances in a nine-year stretch starting in 1997. But owner Drayton McLane kept pushing for big-ticket free agents rather than focusing on the farm system that had produced quality players like Craig Biggio and Ken Caminiti. That strategy hit its nadir in 2007, when the Astros lost their top two picks as compensation for signing Carlos Lee and Woody Williams — the former proving to be an overpriced pickup, the latter an unmitigated disaster.

But the rot ran deeper than the casual fan could see. Take the case of master talent evaluator Andres Reiner. Thanks to Reiner, the Astros had established themselves as the industry leaders in scouting Venezuelan talent in the 1990s, signing big names like Bobby Abreu, Johan Santana, Carlos Guillen, and Freddy Garcia.1 Those efforts dried up when Reiner departed in 2005 and McLane got stingier with draft picks, becoming increasingly rigid about sticking to league recommendations for player bonuses. Slowly but surely, the stable of minor league talent eroded to almost nothing.

Which leaves us where we are today. And it’s not pretty: a major league roster woefully short on talent; a farm system that’s only now starting to recover from years of neglect; a move to the American League next season that will put the Astros in direct competition with the suddenly mighty Rangers and Angels, with the Yankees, Red Sox, Rays, and Tigers also looming as fierce competition. So what’s a team with hopes of being relevant sometime in the next decade to do?

The first step, says new GM Jeff Luhnow (hired away from St. Louis), is simply to catch up to other teams’ brainpower. It’s been a decade since a twentysomething front-office assistant named Chris Antonetti created DiamondView, a proprietary database that the Indians used to track all manner of statistical, scouting, and injury data on major and minor league players. Now multiple other teams have built their own proprietary data — the Red Sox, A’s, Rays, and those pesky rivals in St. Louis, to name a few — leaving the Astros behind in the front-office talent race.

To fill those slots, Luhnow sought out candidates who had extensive experience outside baseball.

“There’s a skill to not going native,” says Luhnow. “Even though I’ve been in the industry for nine years, I want to remain capable of looking to other sports, other businesses, to keep trying to innovate. The game’s been around for centuries, but change is accelerating, just like technology is accelerating. [That’s] where we feel like we can gain an advantage.”

Luhnow’s first hire was Sig Mejdal, who had been his director of amateur draft analytics with the Cardinals. It’s an important spot, since the Astros are picking first in June’s amateur draft for the first time since they took Phil Nevin as no. 1 overall 20 years ago. Does the team like lanky Stanford right-hander Mark Appel for this year’s top pick? Or would high school righty Lucas Giolito make more sense? Or, given how tough it is to find a dominant player at an up-the-middle position, maybe Arizona State shortstop Deven Marrero is the answer?

These questions are only the beginning. There’s an unreal amount for Mejdal to do. He’s not a scout, but he’s in contact with scouts on a daily basis. He’s never trained under Dr. James Andrews, but he’s learning as much as he can about biomechanics so the Astros can make informed decisions on how to develop young arms. He doesn’t have a PhD in psychology, but he’s getting to know more about baseball intelligence, emotional stability, and motivation, all elements of that broad baseball term called “makeup.”

These things matter for every club, of course. But when you’re a team so starved for talent that the best prospect on your major league roster is 5-foot-5, 155-pound second baseman Jose Altuve,2 finding the best practices to develop winning players becomes that much more important. Though veterans like Carlos Lee and Chris Snyder and several low-pedigree young players are just eating space until better options emerge, it’s still possible that the Astros find a keeper or two on the current roster. Bud Norris, one of the four players from those 2005-07 drafts who beat the odds and made the big leagues, has become one of the National League’s more intriguing young pitchers. J.D. Martinez jumped from Double-A to the majors last year and could offer decent power as the team’s everyday left fielder.

The Astros’ not-so-secret weapon in their efforts to squeeze the most out of those players is a former semiconductor engineer named Mike Fast. Using his engineering background and the data available from sources such as Sportvision’s PITCHf/x, which tracks the spin, velocity, and trajectory of every pitch thrown in the big leagues, Fast has studied the effects of abilities such as catcher pitch-framing. He concluded that the best pitch framers can be a lot more valuable than we thought, producing as much as two wins a season under ideal circumstances. He also tackled topics that had previously been considered mostly solved by sabermetricians. The hit-and-run play, he found, could be more valuable than many baseball analysts had long believed — assuming it was used correctly, and at the right time.

Though he’s just been on the job for a few weeks, Fast says he expects to get involved in real decision-making, rather than risk getting buried with theoretical work. New manager Brad Mills has been receptive to new ideas, says Luhnow, and getting Fast’s ideas in front of the new skipper can only help.

“Everybody is trying to figure out how to use it for player evaluation,” Fast said. “All the sabermetric clubs I talked to have started doing that already. But very few people are receptive to using it for player training and development. That’s one way we can get some of those edges.”

There’s no reason not to do things differently — not after a season in which the Astros lost more games than any other team, and struggled off the field too. There might be more short-term pain ahead, as the team shops veterans like Wandy Rodriguez and Brett Myers for prospects rather than risks losing them outright to free agency. The team’s record could lag behind the credentials of its front office for the next several years. But if the Astros haven’t hit bottom yet, they will soon. After that, there’s nowhere to go but up.

“You lose 106 games, it has to make people open to questioning things,” said Fast. “We know we can improve from where we were. But we also know there’s no quick fix right on the horizon.”

But with a progressive new front office in place, the slow climb back might be ready to begin.

Filed Under: How to, Houston Astros, Series, Teams