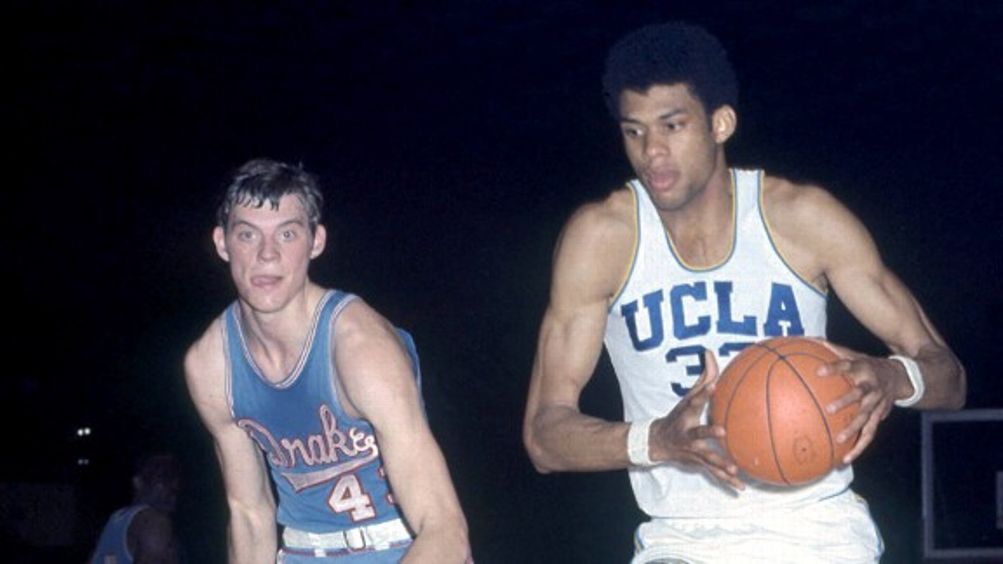 I‘m not going to argue that the difference between college basketball and pro basketball is exactly like the difference between enrolling in college and working a real job. That would be an exaggeration. I’m tempted to try, because it would make the introduction to this column much easier. But I don’t believe those things are exactly the same, and I’m not going to pretend otherwise. However, I do believe they have (at least) two things in common, and these two things are imperative. I think that — in both scenarios — the collegiate experience amplifies how important life feels, which means the emotional memory matters more than the technical details. I also think a big part of fondly remembering college — and, by extension, the sensation of loving college basketball — is related to the notion of selective nostalgia: In both instances, you spend a lot of time half-remembering noteworthy people you only knew in passing, and the hazy impermanence of those relationships somehow makes them more retrospectively satisfying.

[This is a complicated way of justifying my composition of a list.]

My ranking criteria is as follows:

The ball is tipped, and there you are …

50. Alfredrick Hughes (Loyola University, 1981-1985): There will never be another Alfredrick Hughes, which is kind of like saying there will never be another GG Allin. As a freshman, he once missed 20 consecutive shots vs. Bradley. As a junior, he took 655 shots and finished the year with only 17 assists. He’s perhaps best remembered for a bootleg T-shirt that was popular around campus that screamed, “SAVE LOYOLA BASKETBALL, SHOOT ALFREDRICK HUGHES. ” But the freak could always fill it up: 17.0 as a frosh, 25.7 as a sophomore, 27.6 as a junior, and 26.3 as a senior. Somewhere in Chicago, Alfredrick is taking an ill-advised shot right now.

49. David Rivers (Notre Dame, 1984-1988): Ultra-quick and totally unpredictable, Rivers was a point guard from a video game (and I mean a video game from the ’80s, when nobody cared how realistic they were). When Al McGuire used to announce Irish games on NBC, you could almost hear the saliva dripping off his lips whenever Rivers broke somebody’s tibia. Of course, David was never designed for the pro game, and he knew it. He knew it before anyone else. Here’s what he said after getting cut by Minnesota Timberwolves coach Bill Musselman: “I didn’t fit in. He wanted a guard who would run the offense, pass the ball, and play defense. That’s not me at all.”

48. Gerry McNamara (Syracuse, 2002-2006): There have been many players better than Gerry McNamara. But how many humans ever played better than McNamara during the best week of his life? His four-game performance in the 2008 2006 Big East tournament was more extraordinary than Billy Owens’ entire career.

47. Stacey Augmon (UNLV, 1987-1991): Nobody ever terrorized the passing lanes like the Plastic Man. Is it possible to be “laid-back” and “aggressive” simultaneously? Somehow, that was Augmon’s natural state of existence.

46. Daren Queenan (Lehigh, 1984-1988): “My body is my briefcase,” Queenan once said cryptically, apparently meaning that his body is what he took to work. A 6-foot-4 small forward, he ended his time at Lehigh with 2,703 points and 1,013 rebounds. He eventually won the CBA slam dunk contest and became a naturalized citizen of Belgium. If there’s ever a dunk contest in Bruges, I would still put my bones on this dude.

44. Reggie Williams (Virginia Military Institute, 2004-2007): Here we have the third-most famous athlete ever named “Reggie Williams” who played for a team that never went .500 on the year. But he scored a metric ton (a 22.8 average over the course of 112 games), leading the nation as both a junior and a senior.

43. Scott Skiles (Michigan State, 1982-1986): “You know, there is no way I would have Scott Skiles on this team,” Bob Knight told his Hoosier roster in 1986. “But Scott Skiles is tougher than every single one of you.” Scotty was arrested three times during college (once for weed, once for cocaine possession, and once for a DUI). He was a problem, but mostly for people who tried to guard him and inevitably failed. It almost seemed like he vandalized opponents. His pro career was statistically relevant (he had 30 assists in one night for the Magic, which is still a record), but it’s his hard-partying college days that matter more.

41. Fennis Dembo (Wyoming, 1984-1988): Undoubtedly the only Wyoming cager who’ll ever be on the cover of Sports Illustrated, he probably would have been recruited by Kentucky had his name been Dennis Fembo.

40. Eric “Sleepy” Floyd (Georgetown, 1978-1982): When recalling the 1982 NCAA title game, people tend to mention two things — Michael Jordan’s clutch jump shot from the left wing, and James Worthy intercepting a miscalculated pass from Hoya point guard Fred Brown. Yet if Brown doesn’t turn it over, Jordan’s jumper might be a footnote; everyone watching that game expected Mr. Narcolepsy to score on that final possession. Never sleep on the Sleepy.

37. Chris Jackson (LSU, 1988-1990): Before changing his name and being unjustly persecuted for his political ideals, Jackson was a two-season Cajun superstar (he averaged over 30 a night as a frosh). As a sophomore, he played on an LSU team that had Shaquille O’Neal at center and 7-foot, 285-pound Stanley Roberts at power forward. They went 12-6 in the SEC, somehow.

36. Adam Morrison (Gonzaga, 2003-2006): He had the best Maui Invitational ever, and a mustache that failed. What’s more collegiate than that?

35. Scott May (Indiana, 1973-1976): The textbook example of a man designed only for the college game. His kid might be similar. Both deserve recognition.

34. Rex Chapman (Kentucky, 1986-1988): I have a (possibly racist?) book in my library that described King Rex like this: “Jumps like a brother, shoots like your mother.” I suppose Chapman did have a lot of 7-for-18 games in his life, but the seven he made were always worth it. He was clutch. I still have a Rex Chapman T-shirt somewhere in my parents’ house. It never fit right.

33. Juan Dixon (Maryland, 1998-2002): No matter what happens, I’ll always consider Dixon a greater talent than Steve Blake. And I really like Steve Blake; I just can’t understand how the things Dixon did at Maryland couldn’t translate to the next level. And that makes me like him more.

32. Rick Mount (Purdue, 1966-1970): The fact that people still refer to Rick Mount as the ultimate paragon of jump shot purity is one of life’s most wonderful mysteries.

31. Tom Gola (La Salle, 1952-1955): Fellows from La Salle put up bongo numbers. Gola had 2,201 career rebounds. Granted, they came during an era when boards were easier to come by — but still — how does a guy end up with more rebounds in three seasons than the number of points Patrick Ewing scored in four?

30. Butch Lee (Marquette, 1974-1978): The on-court star of Marquette’s ’77 championship was (until the ascent of Carmelo Anthony) generally viewed as the best Puerto Rican hoopster of all time, although I don’t know how important that designation is (or should be). He certainly had an excellent name, particularly since his career ambition was to become a professional ball player. I can’t imagine meeting someone named “Butch Lee” and thinking to myself, “I bet this guy is a terrible athlete.”

29 and 28. Phillip Hutcheson and John Pierce (Lipscomb, 1986-1990 and 1990-1994): This is just bizarre: Hutcheson scored 4,106 points in his career for the Bison, which — at the time of his graduation — was the most by any player at any level (back then, Lipscomb was still an NAIA program). He was then replaced by Pierce, who somehow finished his career with 4,230. So the two greatest scorers in college history just happened to play at the same tiny school, in immediate succession, for no justifiable reason.

27. Glenn Robinson (Purdue, 1991-1994): Robinson hailed from Gary, Indiana, a town so tough I’ll probably get murdered by Freddie Gibbs just for making a joke about it. During the offseason, he (literally) worked as a welder; during the real season, he (figuratively) swallowed chumps alive. The best Big 10 player of the ’90s.

26. Dereck Whittenburg (North Carolina State, 1980-1983): Our historical record suggests that Whittenburg was the third or fourth-best player on State’s ’83 championship roster; Thurl Bailey, Sidney Lowe, and Lorenzo Charles all had better post-college playing careers. Yet this contradicts the experience of everyone who watched the Wolfpack’s run that March and can only remember the cherubic cat who kept ripping twine from 33 feet away.