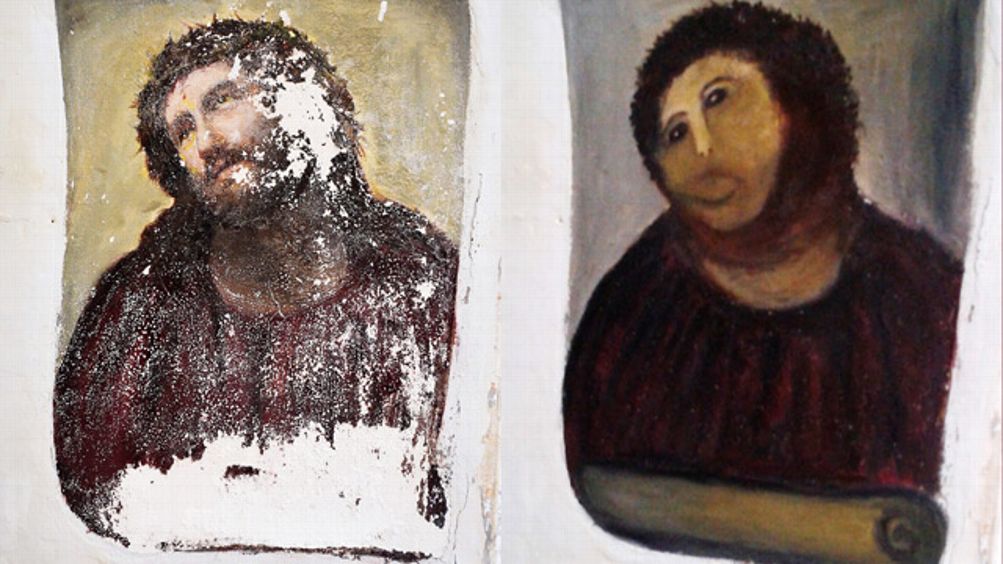 Baseball cards, it’s been said, are like works of fine art. Both depend on four factors to buttress their value: condition, rarity, authenticity, plus that extra something to make it special. Mess with any of these ingredients and you usually torpedo the value of your work of art. Usually … but not always.

The Barnicle Brothers’ documentary details the T206 Honus Wagner card that captivated collectors’ imagination, the card skyrocketing in price like a late-’90s Internet stock. It had rarity, and thanks to its purchase by a partnership that included Wayne Gretzky, it also had that intangible quality that netted very tangible dollars for future sellers. But covert efforts to improve its condition ultimately damaged its authenticity, creating the biggest scandal the baseball card world has ever known.

As jolting as the T206 Wagner case has become, we’ll probably see another case like it before too long. Because the card-collecting industry, like the art world, can be incredibly fickle, almost random in its ways.

Take the case of the 1952 Topps baseball card set. You can understand a lot of the set’s appeal. This was the first major baseball card issue for Topps, giving it historical value. The set included a striking Mickey Mantle rookie card, providing iconic value that only the Mick could foster among nostalgic Baby Boomers.

But the way kids collected cards back then had a quirky effect on two cards in particular. Few people fully recognized the potential value of baseball cards back then, least of all kids. The classic move was to stick your cards in the spokes of your bike to create a clacking noise that sounded cool, while also annihilating whatever value the cards might’ve had. Kids would also collect whole sets of cards, order them, then bind them in a rubber band for safekeeping. This destroyed the condition of the first and last cards in a set, making it incredibly difficult to find first or last cards in mint or near-mint condition (and leaving the middle ones in comparatively better shape).

The last card in the ’52 set was Eddie Mathews, a nine-time All-Star and Hall of Famer who clubbed 512 career home runs; there’s inherent value in owning a Hall of Famer’s card from 61 years ago that should, and has, driven up the cost of that one, beyond the rubber band issue. Card no. 1 in the set was Andy Pafko. The outfielder spent 17 years with the Cubs, Dodgers, and Braves and was a pretty good player in his own right, making five All-Star teams and hitting 30 or more homers twice, including the 1951 season depicted in the ’52 card. His Most Similar Players list on Baseball-Reference.com includes players like Bob Watson and Ben Oglivie. Watson and Oglivie were perfectly solid players in their own right, but 60 years after their primes, you won’t be selling Watson or Oglivie mid-career cards for $2,775, the way you can today for that no. 1 Andy Pafko.

There are legions of other ways to generate rarity in a card, ways that might seem preposterous to non-collectors. Andrew Luck has a chance to become a very good football player, maybe even one of the best quarterbacks of his era. Coming off a great first season, you’d expect a Luck rookie card to gain significant value over the next few years, or decades. Just two and a half weeks after the Ravens won the Super Bowl, a Luck rookie card made by Panini sold on eBay. Panini created built-in rarity by issuing exactly one of that card … and it went for $42,300.

Rarity can take much goofier forms, too. Though the value of the card only went up a few bucks, the 1989 Billy Ripken card with “Fuck Face” written on his bat knob has become a beloved part of many collections.
“It could be the stupidest thing you’ve ever seen,” said Matt Lane, vice-president for the collectibles and memorabilia company Sports Images, Inc. “But in the end it all comes down to supply and demand.”

One of the stupidest things the art world had ever seen has turned into a cash cow in its own right. When a fresco of Jesus Christ at the Santuario de la Misericordia in Borja, Italy, became badly faded, an 81-year-old woman named Cecilia Giménez attempted to restore it to its original condition — despite having no formal training in art restoration. Giménez botched the job so badly that the fresco originally done in “Ecce Homo” (Behold the Man) style earned a new nickname: “Ecce Mono” (Behold the Monkey). Giménez’s mistake didn’t hurt the value of the work, though. Instead, an obscure fresco done by an obscure artist has turned into a major tourist attraction, packing the church and the town with thousands of curious visitors who never would have made the trip before.

“That’s a matter of notoriety,” said Selma Holo, director of the USC Fisher Museum of Art. “It’s just an interesting, crazy story.” Maybe, but not much crazier than one of the greatest home-run hitters of all time subliminally telling the world to smoke ’em if you got ’em.

There’s a certain level of acceptance, for paintings by the most famous artists, that time, improper storage, or bad attempts at cleaning will damage the original work. If the damage is confined to nonessential areas on a painting, and a top restorer does a good job, the artwork can lose little to no value. Recently, a Leonardo painting was bought cheap, cleaned, restored, then sold for a much higher price, owing to the rarity and age of the piece. But that’s not the norm. In 2006, casino mogul Steve Wynn was set to sell a 1932 Picasso painting called “Le Rêve” for a record $139 million. Before the sale could happen, Wynn accidentally poked a hole in the painting with his elbow. Despite enlisting highly skilled art restorers to repair the painting, its value still dropped by $54 million.

“In most cases when a work of art is damaged, it loses some value according to the amount of damage,” said David Bull, one of the world’s best-known art restorers and proprietor of Fine Art Conservation & Restoration. “In Impressionist, modern, and contemporary paintings, even small losses can greatly reduce the value.”

There is one form of alteration that clearly separates the baseball-card world from the art world: autographs. For centuries, master artists have signed their works before completion, such that no one needed to haggle over the value of a signature for a Picasso or a Renoir. But you won’t see baseball players hanging by Topps’s printing press, signing each card before it’s packaged and sent out for sale. Getting a signature after the fact can be a futile exercise, too. Bring your Nolan Ryan rookie card (or jersey, or game-worn jock strap) to a signing, and the price of the item might surge … or not move at all.

With all the complicating factors in the card industry — rubber bands, pants bulges, collectors adding $2 million in value by trimming 1/16th of an inch off the edges before seeing that value disintegrate when the subterfuge is discovered — there may be just one policy that’s held true all this time, more than 100 years after the T206 set’s debut. “If your little brother writes his name on it,” Lane said, “it becomes almost worthless to everyone but your mom.”

A previous version of this piece included mentions of printing errors involving cards for Bobby Richardson, Harmon Killebrew, and Mickey Cochrane. Those cards were not in fact printed with the errors listed.