The Value of Imperfection 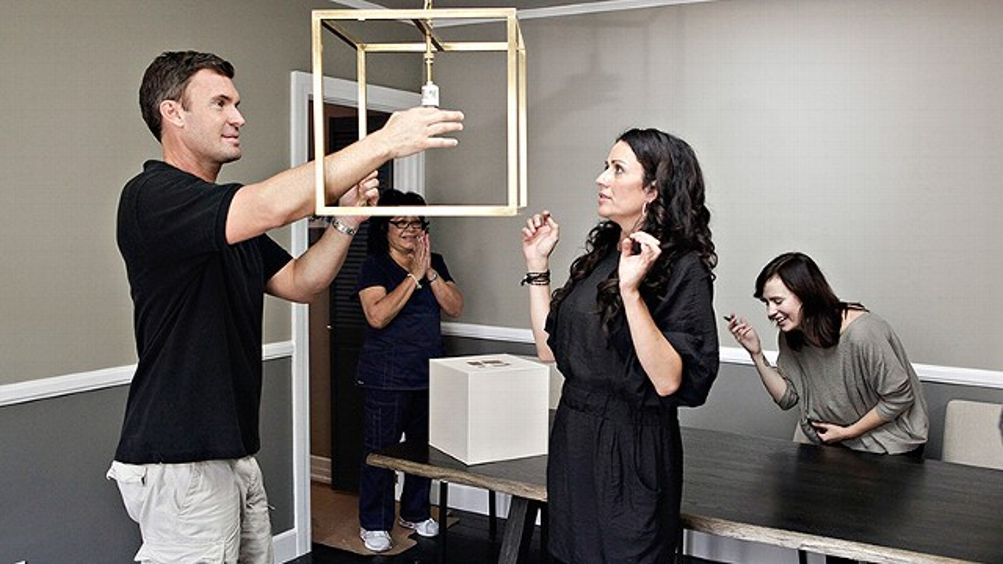 T he San Antonio Home & Garden Show was one of the most depressing experiences of my life. Imagine the bleak vibe of a regional fair designed for the empty amusement of the trapped middle class, but with all of the worst qualities of an industry convention. Vendor after vendor delivered their best pitch in an attempt to convince homeowners that they have the key upgrades to improve not just their homes, but their entire lives. It was littered with cocky pitchmen selling never-ending water hoses, pathetic Willy Lomans pushing pots and pans, and old women hawking their “tasteful” jewelry lines. They targeted unhappy couples, using guilt to justify unnecessary home “upgrades.” From what I understand, the local home and garden show can help you achieve something functional, like networking to purchase a new water heater, or just encourage people to max out their line of available credit to install a 50-person Jacuzzi in the living room of their McMansion.

So why would I bother paying the $9 to get into this mess? To see designer Jeff Lewis, star of Bravo’s Flipping Out and Interior Therapy. He’s my favorite Bravo celebrity of all time because his shows package him in appropriate doses, and the legitimacy of his business actually adds purpose. There’s context and justification in the drama — not just women fighting about not getting invited to this week’s party. Both Flipping Out and Interior Therapy are a compromise between HGTV’s identity-less home-improvement programming and an intimate look at the personal and financial constraints associated with running a client-driven business. My other reason for attending: I wanted to revisit the Alamodome, which has basically operated as a professional high school football stadium since the Spurs moved out in 2002.

For the rest of my life, I will probably jump at the opportunity to see any Bravo television personality outside of the context created for them by Bravo producers. I wondered what Jeff Lewis really had to say to the audience of home and garden pseudo-prosumers, a mass of people constantly being told that they need to have granite countertops, stainless steel appliances, and wood floors, even if they aren’t exactly sure why. There was no telling if it would be like a design school seminar or a bunch of Bravo addicts looking for an opportunity to meet a “famous person.”

Lewis, like most people you see on TV, is even taller and skinnier in person. It was just Jeff. None of his flunkies were there. No Jenni. No Zoila. No Gage. No Andrew. He first made an unprompted remark about how far away the interviewer was sitting from him; like a true aesthete, he was highly critical of her misappropriation of stage space. I looked for a film crew, hoping this appearance would be worked into an arc on an upcoming episode of Flipping Out — this would represent some sort of personal career milestone. But there were no cameras, and I quickly got the feeling that this wasn’t a very special event. During both of Lewis’s sessions, the audience sat through a few technical problems that seemed disrespectful to a ‘keynote’-level speaker. The interview itself was actually pretty sad. It was conducted by a woman who didn’t seem to have the skills or appreciation to really interrogate Lewis’s brain. This isn’t the guy selling “How to Paint” books — it’s Jeff Lewis. Reading from a sheet of paper wasn’t acceptable in high school, why was it a good idea now?

L et’s get the meaty stuff from the Q&A out of the way, much of which actually came during the second session, when Lewis realized he had to take over to provide the audience with more information than the interviewer was capable of pulling from him.

• Lewis acknowledged that everything he did was financially motivated. The reality show is a nice paycheck, but more importantly, it’s a marketing dream for his design business. He wants to differentiate himself from reality stars whose shows are there strictly to perpetuate their own concept of “fame.” He used New York Real Housewife Jill Zarin as an example of someone who’d become so demented by (Bravo) fame that she was impossible to even work with.

• After seeing himself on television, Lewis said he finds himself trying to be less destructive when relationships turn sour. He told a story about how he worked closely on a design project with Ellen DeGeneres at one point. What seemed like a small disagreement turned into a grudge. It’s still held to this day.

• Lewis was actually poached by a production company after Jenni Pulos and her ex-husband sent out a sizzle reel for their own reality show. He chose Bravo because they would be the quickest to air the show without any hold-ups.

When it comes to design:

• Lewis is a fan of engineered hardwood because of its durability.

• Choosing between light and dark wood floors isn’t a very significant choice. Lewis has black floors in his own home, but he finds light floors easier to keep clean.

• The concept of the “living room” has been phased out. Now, open-concept floor plans are looking to create large kitchens to promote social interaction and media rooms that are designed for the specific purpose of watching television.

• Accessorize with affordable, personal books and fresh flowers to make a room feel complete. The two items in your home that Jeff Lewis would splurge on are a nice bed and a quality television.

• Always use tape to mark where your furniture will go before you purchase it so it fits to scale in a room.

• Lewis’s favorite colors are gray and navy blue. But I think we already knew that based on his houses and his new line of paint.

• As he has gotten older, his style has become less ‘contemporary’ and more ‘traditional.’

In the midst of the Home & Garden Show mess, it was easy to see what makes Jeff Lewis special. Besides the directness and transparency that make him a perfect reality-television personality, his professional value is unique and real. His desire to solve anyone’s personal problem with their space is genuine. He even helped a barely audible woman from the Q&A who had five types of flooring in her home. Five types.

Lewis isn’t one of those professionals encouraging you to make a poor investment in your home, trying to implement an aesthetic upgrade that allegedly represents opulence and grandeur. He reminds self-aware property owners that they are not building a McMansion to keep up with the Joneses. He’s a crusader for the tasteful, a purveyor of functional upgrades for your personal space. Now that his house-flipping business has essentially tanked, it feels like the challenge of reusing existing materials and minimizing costs for clients has made him even more relatable to middle-class homeowners.

Good thing, too — homeowners have long been at the mercy of tasteless, unprofessional contractors who protect their own bottom line by taking shortcuts and using cheap materials. Attending home and garden shows instead of doing the necessary research to understand the value in a remodeling project or even a specific appliance upgrade is not a solution. They need Lewis. While many of us will never have the opportunity to hire him to design and remodel our homes, his aesthetic is accessible and innovative. A man on TV who can effectively improve the feel of your space. Given the state of the housing market, the Jeff Lewis school of thought shows that you can salvage your space, add legitimate value, and personalize it. He teaches us that, rather than drowning in a cookie-cutter home, languishing on the outskirts of suburbia, we can seize control. He is a Bob Vila for our time.