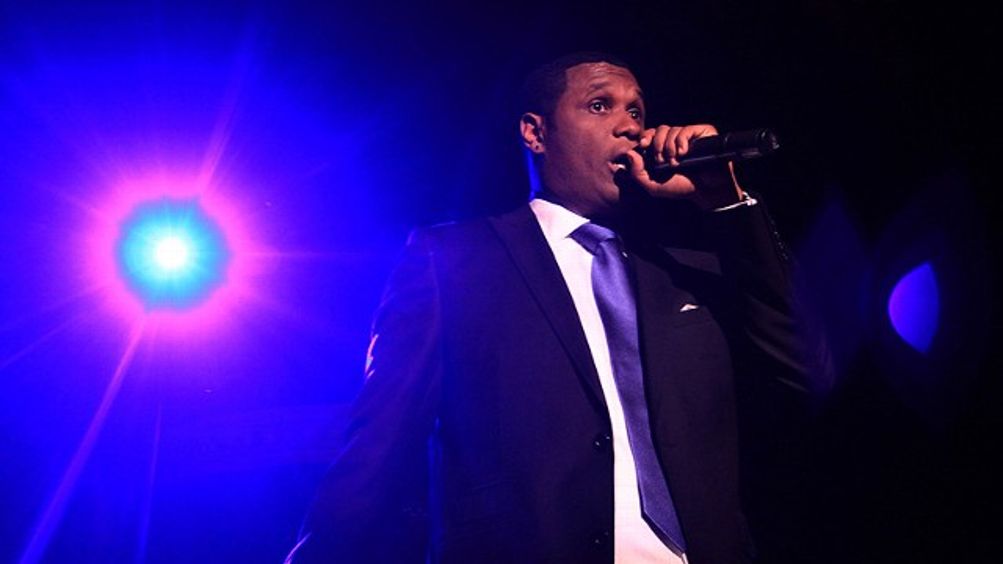 Maybe this is exactly what’s supposed to happen when two of the great artists of our time record a hit song called “N—-s in Paris” and then leave it up to you to figure out how to deal with the “—-” part. I admit there is something strangely powerful about getting Gwyneth Paltrow to think it was not only OK to use the N-word but that it was somehow a welcome and status-confirming gesture. Not powerful in any way that might effect substantive change to our political system or recalibrate the scales of economic justice or make anyone’s life better. But powerful in that purely symbolic and expectation-smashing way that hip-hop continues to be powerful, growing and expanding and colonizing new spheres of everyday life, never bothering to resolve its contradictions, conditioning generations of us instead to understand and even anticipate that strange things will continue to happen. Powerful in a basic, fleeting, previously unimaginable, That shit cray sort of way.

Making a fool of Gwyneth Paltrow is one thing — and maybe an easy thing at that. But it’s ultimately a sign of her comfort with Jay-Z, Kanye, and their pals that she would even assume an errant, tweeted N-bomb was fine. It’s been a while since hip-hop breached wholly new territories of taste and behavior and drove everything toward some thrillingly weird culture-clashing cul-de-sac where it didn’t so much matter whether this was a good or bad look, it was just strange that any of it was happening at all. In the unlikely love triangle between Roc Nation rapper Jay Electronica and the scions of the Goldsmith and Rothschild fortunes, we have reason to believe again — in the power of art, love, and rap music’s renewed capacity to offend.

About a week ago, British tabloids began “reporting” on the imminent divorce of Ben Goldsmith — son of Jimmy Goldsmith, billionaire tycoon, financier, and inspiration for Wall Street‘s “Sir Lawrence Wildman” — and Kate Rothschild — heiress of the Rothschild banking dynasty. All was not well for the seemingly well-matched pair, who had married in their early 20s and spent the ensuing decade as society-page regulars. The unlikely Lothario was “bad-boy rapper” Electronica, who has been working on his long-gestating Roc Nation debut album in London. After weathering suspicions for months, even going so far as to befriend Electronica just to see what was up — here is a photo of them hunting together! — Goldsmith discovered a series of “explicit” text messages and e-mails between Rothschild and Electronica.

This story was already strange enough. But it turns out that Rothschild and Electronica know each other because, at some point in life, Rothschild decided that the most interesting way to spend her family’s fortune was to start an indie record label — Roundtable Records, a name that resonates with New World Order conspiracy buffs. The principal characters’ Twitter feeds were scrutinized, revealing sordid details like the time Jay posted a photo of Kate riding in a helicopter, or that time when Jay scandalously “liked” a photo of Kate and her kids deplaning at the airport. Ben and Kate resorted to tearing each other down on Twitter, culminating in Kate’s confession that Jay had “saved [her] life.” (For his part, one of Electronica’s last tweets asks if anyone knows how he might get in touch with Ryan Leslie.)

There are two winners here. The first is anyone who enjoys reading how British tabloids with an exotic fascination toward people from New Orleans might describe “this chap called Jay Electronica.” From the Daily Mail: “His lyrics contain pithy social commentary on religion, politics and civil rights — according to one song, whatever your feelings about Barack Obama, ‘the world needs to see a black man push a ‘Lac down Pennsylvania Avenue,’ a reference to driving a Cadillac to the White House.

“While his work can be sexually explicit, and frequently references the word n—-, he has a strong message to get across.”

The second winner is Electronica. It’s yet another strange turn for the enigmatic rapper, who has yet to burn through all the goodwill accumulated by his 2009 breakthrough “Exhibit C.” Off the strength of that song and his mystery-filled backstory as some sort of cosmic, scarf-wearing nomad who spent his teens and 20s wandering up and down the East Coast and Detroit and honing his skills, Electronica signed with Jay-Z’s Roc Nation label in 2010. His album is rumored to be finished but he has, until now, remained fairly anonymous at a time when it’s unusual for a working musician to seek (or achieve) anonymity. Still, there have been clues: “Brunch with the Rothschilds, dinner with the Carters/Jay Elec stop the press, critical-est artist,” he rapped on last year’s “Call of Duty,” a track the Daily Mail dubiously claims to have been “played by DJs all over Britain.” (The paper then delights in the fact that the revelation of an Electronica-Rothschild axis was there all along, hidden in plain sight, and that the song is kind of interesting too: “To those with preconceptions about the rapper, the song, which begins with a rousing quote from Sir Winston Churchill’s ‘Be ye men of valour’ speech, may come as a surprise.”)

The Rothschild affair buys him some time, restores his buzz. But it also affords him an unusual kind of aura. After all, she’s a Rothschild, progeny of that famous, shadowy family that has, for the past 250 years or so, secretly governed the world, controlled the economy, commissioned biographies about themselves in order to downplay their power, and generally provided endless sustenance for casual anti-Semitism everywhere. Conspiracy theorizing is a favorite pastime of modern life, particularly among the marginalized. Even as hip-hop has come to dominate global youth culture, it remains fertile ground for those who believe that the true power brokers are not those who are elected or sit in the corner office. Instead, the assassination of Tupac came at the hands of a shadow government (if you have a free hour, watch this) fearful that he would expose their plot. “Conscious” rap died after a secret meeting in 1991, wherein the industry agreed to promote only violent, “gangster” rap as a way to ensure the overpopulation of California prisons. You could assemble a pretty fantastic mixtape of pre-millennial rap about secret societies, the New World Order, the Illuminati, obscure Masonic orders, black helicopters, and references to The Devil’s Advocate. Jay and Beyoncé were allowed to thrive by selling their souls to the forces of evil. The Roc-A-Fella diamond? Actually the symbol of the Illuminati. They even named their daughter Ivy — “Illuminati’s Very Youngest.”1

This isn’t to dismiss all forms of skepticism — you’re not being paranoid if they’re actually out to get you, and American history is rich with moments when law-abiding, everyday people were ruined in the name of “counterintelligence.”

But whatever truly happened between Electronica and Rothschild — and we can be sure to find out soon enough — this is one of the more cred-establishing scandals in recent memory. Is there anything realer than infiltrating the inner sanctum of the Rothschild clan and living to tell the tale? He has essentially become the only rapper ever allowed to refer to the Illuminati, the New World Order, or secret societies trying to keep their eyes on him as a legitimate, lived thing. At the very least, there’s a ready-made reason when his album never comes out.