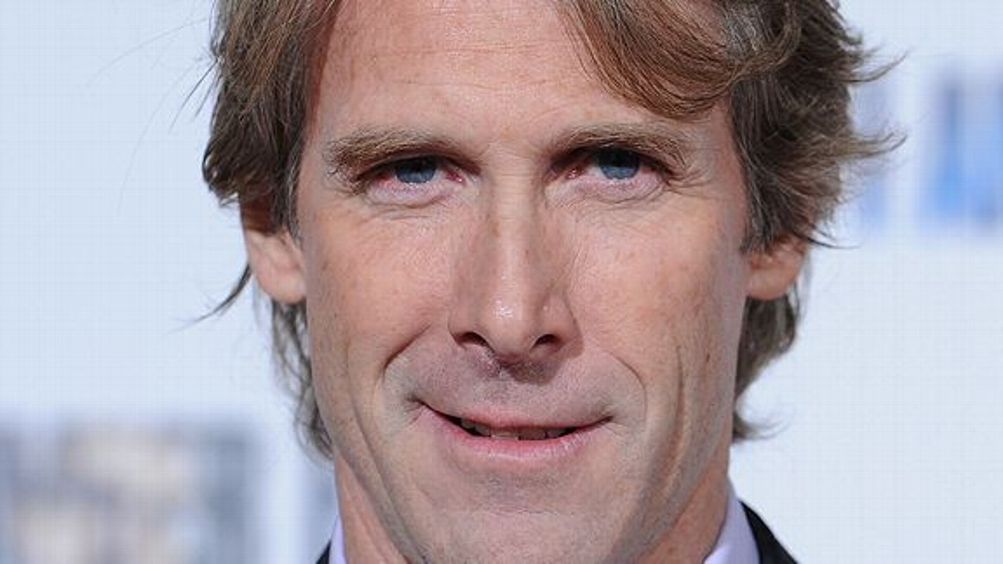 So I already know why I enjoy the movies of Michael Bay. But has there ever been a filmmaker whose work is so consistently popular while the man himself seems so loathed by the thinking public? His cinematic recipe of Peckinpah, Woo, and Spielberg has intoxicated audiences for more than 15 years. But what lies beneath his sci-fi epics, bad-boy buddy-cop movies, box office smashes, and spectacular failures that make us continually return to the theater to get punched in the face with varying degrees of awesome? What are the underlying themes that make his films resonate louder than any explosion contained in the movies themselves?

It’s the End of the World as We Know It
Spoiler: We are all going to die. It’s one of the few certainties we all share. And, times being what they are, we might all die together, though obviously I hope that’s not the case. But this collective fear, as well as what we would do in the face of this catastrophe (run and hide, eat all the canned goods and drink all the distilled water, finally read Middlemarch) is something Michael Bay understands very, very well.

What he also understands is that we would like to have a starring role in the grand finale; that we would like to either survive or stop an impending apocalypse. Now, in truth, we’d all probably be tweeting super-observant and wry one-liners up to the moment of comet impact, vaporized as we added the “#smh” hashtag. But Michael Bay understands our great, heroic longing and he’s made a couple of pretty awesome movies about it.

Armageddon, The Rock, the Transformers films and, in a different way, Pearl Harbor all feature characters who are called to duty, dragged out of their relatively idyllic if inconsequential lives, to stop or at least lessen the toll of violent, potentially apocalyptic events.

Whether it’s the deep-sea oil drillers in Armageddon, the bookish chemical biologist Stanley Goodspeed in The Rock, the awkward post-adolescent Sam Witwicky of Transformers, or the aw-shucks farm boys of Pearl Harbor, the heroes of these movies are always just a little out of their element. Sound familiar? Of course it does. It’s Dorothy from The Wizard of Oz, it’s Robert McKee’s principles of screenwriting or Joseph friggin’ Campbell. And it always works.

With Bay’s movies, heroes are usually helped in their quest by experts (soldiers, scientists, Tom Sizemore), but it’s their initial fumbling and bumbling that makes their triumph so much more powerful at the end. In these films, these characters are stand-ins for the audience, and because of that, their successes feel like our own.

Bay takes an actor’s inherent qualities — in this case Smith’s undeniable likeability, Cage’s idiosyncratic unpredictability, and LaBeouf’s bumbling self-effacement — gives them guns and missions and turns his well-honed, commercial- and music video-trained eye on them, lovingly filming them in any number of iconic poses and acts.

The Set Pieces
The Best Bay Action Scenes Ever Filmed:

The Human Element
Action movies need moments of humanity. It makes you actually care about the action. And movies like Armageddon have humanity, it’s just a Michael Bay version of humanity; sort of like real life, just with more meteor showers.

For example, my favorite scene from Armageddon is the William Fichtner-and-Bruce Willis showdown, when Fichtner’s pilot character pulls a piece on Willis’ oil-drilling cowboy over whether or not to prematurely detonate a nuclear weapon, due to Willis’ inability to hit the needed depth on the runaway meteor. Normal Wednesday afternoon kind of stuff.

Aside from Will Patton’s fantastic, “Man, what are you doing with a gun in space?” line, which is really a question we could ask of so many films, this scene also features an incredible exchange between Fichtner’s Colonel Sharp and Willis’ Harry Stamper. Countless writers, credited and uncredited (including J.J. Abrams and Tony Gilroy) worked on the Armageddon script. I don’t know who penned this particular scene, but I always like to think it’s, like, Tom Stoppard:

Stamper: I have been drilling holes in the earth for 30 years. And I have never, never missed a depth that I have aimed for. And by God, I am not gonna miss this one. I will make 800 feet … But I can’t do it alone, Colonel. I need your help.
Sharp: You swear on your daughter’s life, on my family’s, that you can hit that mark!
Stamper: I will make 800 feet. I swear to God I will.
Sharp: Then let’s turn this bomb off.

The Moviegoer
I think, in 1977, a 12-year-old Michael Bay went to the movies, the lights went down, and an Imperial Star Destroyer flew over his head and blew his mind. And his filmmaking career has pretty much been about not only recreating that thrill onscreen, but projecting that feeling, the sheer goose bump-inducing euphoria unique to moviegoing, back onto his audience.

Any Michael Bay movie is basically a pastiche of movies he likely admires or loves. Transformers is E.T. meets Jurassic Park (substitute dinosaurs for robots). Bad Boys is Lethal Weapon meets Trading Places. Armageddon is Titanic meets Apollo 13. But I feel like for as much as I can feel Bay’s love of movies, I feel his love of watching movies. There’s some kind of celebration of the film-going experience. Even when the movies are about disasters, even when the movies are disasters, you can feel him saying, “Put your tray tables up because the slow-motion-abusing, explosive-detonating P.T. Barnum of kicking ass has just taken over the cockpit. So I hope you like turbulence.”

We’ve got plenty of auteurs working today. We’ve got Johnnie To’s and Tarantino’s and Cholodenko’s and Refn’s. But when you walk into a dark theater on a hot summer day with a soda big enough to power a used Prius and your hands are already sticky from popcorn “butter” and you sit down, you might have paid at the Regal or Landmark or AMC box office, but when that title card flashes, “A Michael Bay Film” you are in his house now. And whether or not you agree with his sociopolitical point of view, his treatment of robots or his treatment of Megan Fox, you must admit that, for a couple of hours, it’s a pretty awesome place to be.