In Defense of Michael Bay 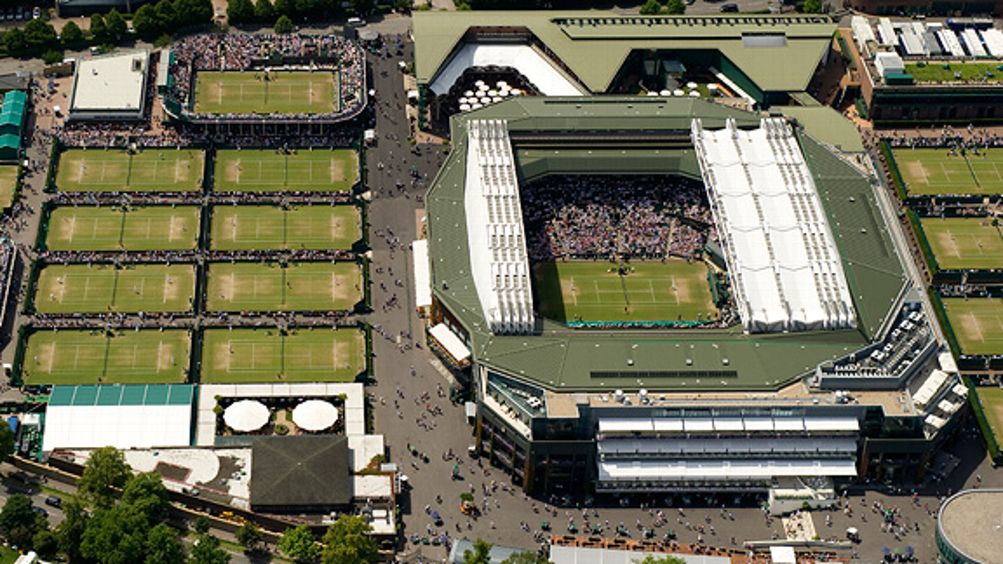 Childhood summers meant two things: tennis and my family’s annual road trip from Kansas City to the central lakelands of Minnesota. The summers blur together, so I don’t remember the exact date, or even the year, of one particular return trip through Iowa except to note that it must have been on the Sunday nearest to the Fourth of July. I know this because the Wimbledon men’s final was scheduled for that morning, just as we were packing our swimsuits and excess fireworks into the family’s Ford Taurus station wagon. I wanted to watch the match, and was upset that I couldn’t. There was nowhere along I-35 to pick up strawberries and cream.

“Do you think we can get it on the radio?” my mother asked.

I snorted, as brats do. Tennis on the radio? A well-struck forehand would cross the net before an announcer could even spout the word. What would that even sound like?

Something like Radio Wimbledon, it turns out. The official play-by-play station of The Championships has beamed locally on 87.7 FM since 1992, and much more recently to the entire world on Wimbledon.com. Tennis is one of the few sports whose television announcers stay silent during the actual course of play. Tennis on the radio, by contrast, resembles the frantic chatter of a horse race, except the frenzy comes in short bursts — point by point, over and over — not spread across two minutes. Listening to Radio Wimbledon is a workout.

As each point begins, the play-by-play men and women take a quick, often audible breath, and then … well, just try to read the following transcript from a second-round match between Venus Williams and Kimiko Date-Krumm. Be sure to raise your voice in an excited crescendo as the point progresses — and, oh yes, you have 11 seconds to finish:

If both players get to the net, the announcers just give up.

A few years back, London’s Telegraph wrote, “American media executives consider the idea of tennis matches on the radio rather quaint and silly.” They’re not all wrong. Tennis, as a spectator sport, is best televised; conveying the intricacies of each forehand, which can land at a thousand different positions at a thousand different speeds and angles — all affecting the opponent’s next move — is a more difficult challenge than describing a 6-4-3 double play or a run off tackle. We all know, more or less, how those plays unfold. But tennis is a game of actions and immediate, unpredictable reactions, making it hard to quickly interpret and communicate all of the necessary information.

And yet, Radio Wimbledon has become one of the more charming parts of the ever-charming Championships. Its lack of visuals is made up for by offering listeners the sense of wandering the grounds with a handful of tennis-savvy friends. NBC and ESPN may focus on Centre Court — or prominent Americans nearby — but Radio Wimbledon skips between matches like it’s the first Thursday of March Madness. On the outer courts, the announcers must drop their voices to a near-whisper. “Oh, dear, Robin has looked back at me,” Nigel Bidmead, one of the station’s 25-member team, said the other day. He was talking about Robin Haase, who was playing Fernando Verdasco on Court 12. “I am quite close, so I’m gonna step back now before I distract him anymore.” Guy McCrea, another commentator, told listeners during yesterday’s heat wave: “Rocking the linen shirt today, it’s absolutely essential out here. Scorching!”

The amiable announcers and the station’s numerous quirks give Radio Wimbledon its stamp. For its part, the announcing team feels like a sitcom cast from the ’80s: great chemistry, bad jokes. Upon hearing rumors Beyoncé was on the grounds, the studio host told Gigi Salmon and Nigel Bidmead, two of his on-court colleagues, that, “I reckon she’ll be watching all the Ladies’ Singles. You know, Ladies’ Singles … ‘Single Ladies?'”

“Nigel still hasn’t gotten it,” Salmon said. “He’s looking at me like an old man. Do you know Beyoncé?”

There are accents from all corners of the Commonwealth and frequent, impenetrable Britishisms. “Put the slap on, or you’ll need a few Pimm’s,” means “Wear sunscreen, or you’ll need booze to deal with the burn,” and “I’ve probably put the mockers on that one” translates, as, I think, “My bad.” Balls are not slammed, but given “mighty thwacks.” Local news bulletins interrupt play — “There’s a burst water main between Thorn Hill Road and Ash Tree Close. Expect delays” — but commercials never do. The station frequently reads letters from its listeners, an educated bunch: “You” — meaning Radio Wimbledon — “are the Patroclus to my Achilles.”

It’s all a bit ridiculous, to be sure. But for daytime warriors, like myself, whose desks require them to be away from a television, Radio Wimbledon is an endearing option. After a while, the ping of tennis balls becomes a rhythmic accompaniment to the workday. (One fan complained last week: “Can you make the balls louder.” Radio Wimbledon’s reply: “We’ll crank it up.”) And at less frantic moments, between points, the commentary can even elevate the tennis to near-poetry. “Feet set. Hair tucked behind the ear. The ball is bounced,” Radio Wimbledon said of Venus Williams. Then, after a momentary pause: “Date-Krumm just … sways.” At other times, its announcers can prove vicious in their appraisals. After a missed shot: “Oh, Venus, what were you thinking?” After an Andy Murray double-fault: “Oh, my goodness me, what was that second serve?” With no fear for job security — Radio Wimbledon is off the air for the other 50 weeks of the year — no holds are barred. A Radio Wimbledon commentator once said he would prefer to have his toenails pulled out than watch another match as poor as the one he was watching. Thankfully, you just have to listen.