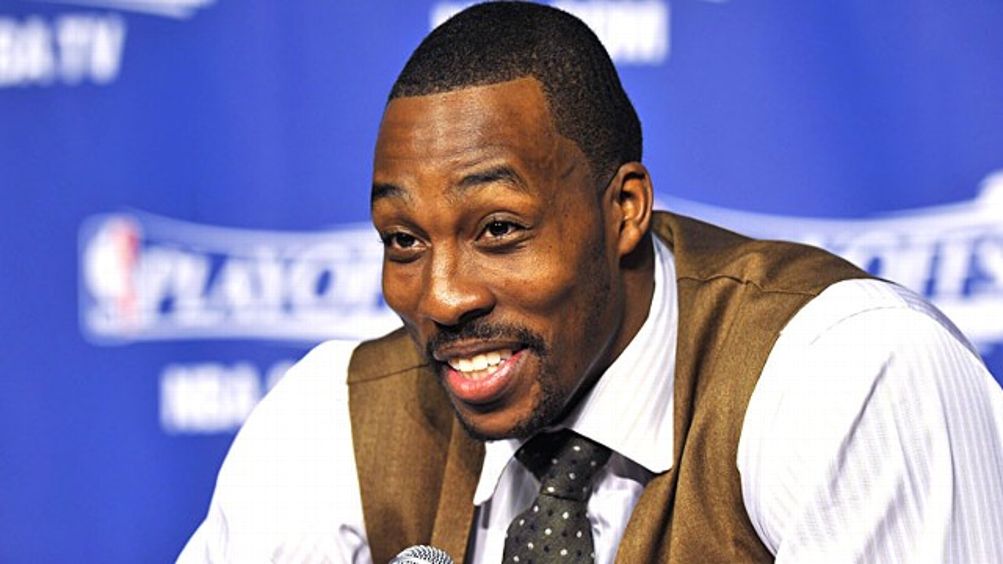 Dwight Howard has turned himself into the first Famous for Being Famous NBA player. This is not to take away from his considerable skill and the impact he makes on the court, but to truly analyze Howard’s intentions and desires, it’s useful to look at him through the lens of the Famous for Being Famous celebrity. We usually despise and mock the Kardashians, Paris Hiltons, and Courtney Stoddens of the moment because of the way they integrate their own megalomania with innovative, shameless self-promotion. By ‘choosing to stay’ in Orlando until the end of the 2013 season, Howard strategically positioned himself to be a talked-about item for the next year. Brett Favre pulled a similar trick in Green Bay. And then did it again in New York and Minnesota. It’s easy to forgive athletes and attribute their actions to different intentions, but we should always remember that they are public figures, who, like all celebrities, make money by staying in the spotlight. The Famous for Being Famous athlete does not care about his team, the local community, the future of the franchise, or especially his teammates because the only thing he cares about winning is the current 24-hour news cycle … forever. Dwight Howard might not be quite there yet, but he’s getting there.

The idea of a Famous for Being Famous athlete takes a dedicated effort. We often equate ‘crossover fame’ in sports with the culturally tangible act of winning. The current NBA Gen Y crop is reaching its prime and the players are quickly transitioning from ‘buzz-worthy young talent’ to ‘championless twentysomethings’ who, in turn, are being replaced by a new crop of young players with no real expectations. Think about the freshness of Kevin Love and Ricky Rubio in their expectationless paradise of Minnesota for the next two years. All they really have to do is win half of their games and put up numbers on their ‘still a few pieces away and taking their lumps’ team, and it will be perceived as a superstar incubation process for casual NBA fans.

Agreeing to a one-year extension with the Magic didn’t demonstrate loyalty to the franchise, or even rational ‘business savvy.’ It was a way for Dwight Howard to extend the focus on himself for the foreseeable future. It was a good PR move for him to pander to the local market in the current NBA climate, but there should be heavy skepticism about his permanence in Orlando. In a year or two, he can make a decision based on future NBA trend standards that will probably be less in flux than they are now.

What separates Dwight from the other superstars in the league is that he doesn’t really sell himself as someone who expects glory. He doesn’t have Rose’s ‘drive’ or Durant’s ‘basketball single-mindedness.’ And for whatever reason — probably because his best skills don’t quite translate to the casual fan — we’ve mostly reserved judgment on him. He doesn’t ‘fill it up’ or hit game-winning shots. He just kind of smiles a lot, plays disruptive defense, and ‘physically dominates.’ These things don’t really show up on SportsCenter.

Howard’s smile no longer represents the fresh face of a league. A couple of years ago, Howard would call in to talk shows and do any number of impressions in an attempt to brand himself as a funny guy with a personality. Now, he has the face of a man who wants to ‘act like a real person’ in a Decision-like mega-event. LeBron James was able to polarize the sports world with “The Decision,” but Dwight Howard’s “The Indecision” has been a multiyear event filled with hollow jargon, update blurbs based on hollow jargon, but most important, the opportunity for the sportsosphere to deconstruct the intentions of a 26-year-old man.

The generation of players from Kobe Bryant through Derrick Rose are subconsciously Michael Jordan-obsessed. As such, the idea of greatness has been mixed up with ‘famousness.’ When we embark into the whole ‘as great as Michael Jordan’ argument, most people are usually just trying to contextualize whether another athlete could ever be as famous as Michael Jordan. It’s Jordan’s unfortunate and unintended legacy — to be truly great, you have to be known by every person in the country.

Famous for Being Famous people are self-fueled brand-expansion projects that lead to the deterioration of our culture and/or small-market NBA franchises. Even if Dwight Howard has no intention of leading SportsCenter for another year, his decision to sign a one-year deal ensured that reality. And we will eventually grow tired of him, the same way we grew tired of Brett Favre, Paris Hilton, and all the other Famous for Being Famous celebrities.