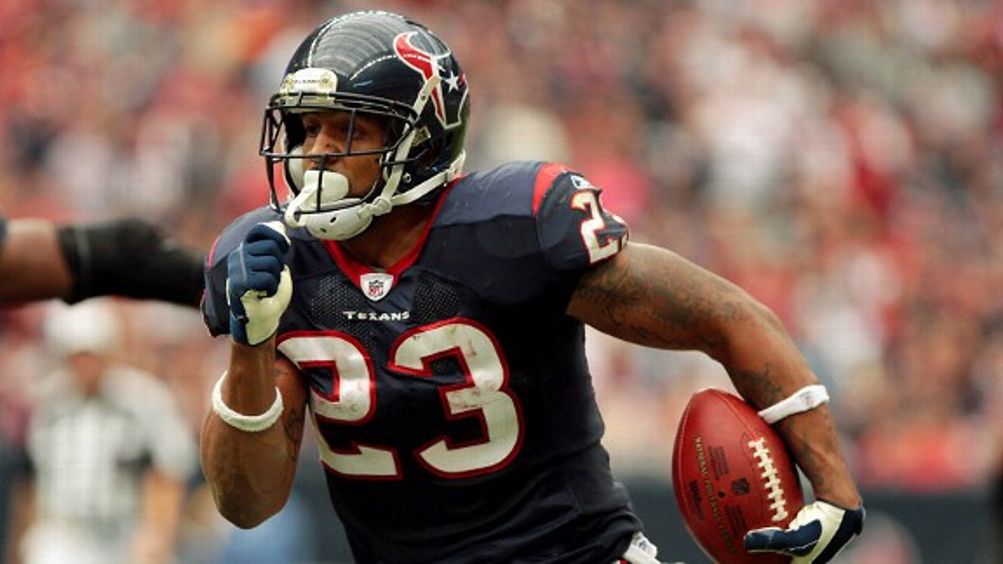 The good news: You’re Gary Kubiak, coach of the Houston Texans, and you will be hosting your first playoff game Saturday. Your opponents are the very beatable 9-7 Cincinnati Bengals. Now, the bad news: Your quarterback will likely be T.J. Yates (oh, no!), unless he’s hurt, in which case it will be Jake Delhomme (holy crap!), and if both of them are injured, it will be Jeff Garcia (“Fearfulness and trembling are come upon me, and horror hath overwhelmed me.” — Psalm 55:5). This is Kubiak’s dilemma, as he and the Texans have backed into the playoffs after season-ending injuries to starter Matt Schaub and backup Matt Leinart.

Fortunately, unlike most NFL coaches, Kubiak did not build the Texans offense solely around his quarterback. Kubiak, a former assistant under Mike Shanahan in San Francisco and Denver, employs the same West Coast offense passing game that Shanahan used in San Francisco. The foundation of the Texans offense, however, is a running game that has roots in a later iteration of the Kubiak/Shanahan collaboration — the late-1990s Denver Broncos.

When Shanahan went to Denver in 1995, he brought his West Coast passing plays with him and enlisted Kubiak to help teach them to quarterback John Elway. But he introduced a different run offense from Bill Walsh’s traditional West Coast playbook. Shanahan cast his fortunes with the blocking scheme that had begun taking over the NFL, and made his most important hire to do it. He brought on offensive line coach Alex Gibbs to install a zone-blocking running game.

When Shanahan hired him, Gibbs already had the reputation of a guru. He had spent 15 years coaching college before another 10 or so in the NFL, including a brief stint with Shanahan at the Los Angeles Raiders. What they accomplished in Denver, however, became the stuff of legend: two Super Bowls, several incredible rushing seasons by the out-of-nowhere Terrell Davis, and then many more years when it seemed like the Broncos could take a guy off the street and turn him into a 1,000-yard rusher.

After something of a falling-out with Shanahan in 2003, Gibbs took over as the offensive line and running game coach for the Michael Vick-led Atlanta Falcons, where he was similarly successful. During Gibbs’ three seasons in Atlanta, the Falcons led the NFL in rushing with more than 8,100 yards. Most impressive, the Falcons were the only team over that three-year period to average more than five yards per rushing attempt.

In his first two seasons in Houston, Kubiak’s Texans went 14-18. For his third year, Kubiak brought on Gibbs to orchestrate the running game. Gibbs is gone now — he left Houston after a couple of seasons, then briefly joined Pete Carroll’s staff in Seattle before retiring — but the Texans still use the Gibbs formula, which has been good enough to give them the second-best rushing attack in the league this season. What was Gibbs’ magic and how can the Texans use it to make a playoff run, even with the NFL equivalent of John Q. Public at quarterback?

The key to Gibbs’ zone running game is that the foundational play is the outside zone (the “wide zone,” in Gibbs’ terminology), not the more common inside zone. The inside zone is a “vertical push” play that aims to move the defense backward and have a running back carry the ball forward with a full head of steam to get yards. The outside zone is more about lateral movement. Each blocker first steps to the side rather than forward (and many coaches teach their linemen to take their first step backward, a technique referred to as “losing ground to gain ground”). The blockers then try to pin defenders to the inside — or if they can’t do that, drive them to the sideline. Sometimes on these plays, the running back runs around the edge on a traditional-looking sweep. More often, the defense is stretched to its limit and the runner hits a crease and then sprints straight toward the end zone. When executed correctly, it’s extremely taxing on the defense, as all of their instincts — aggressiveness to the ball carrier and fast pursuit — work against them, and linemen without great size or talent can open huge holes through excellent technique and discipline.

But if it’s so good, why doesn’t every NFL team use it? The answer is the same reason that, despite his legendary status, Gibbs has never lasted too long in one job. Gibbs’ style of zone blocking requires total commitment by every offensive player — linemen must be perfect technicians, not just fat guys who push others around; runners must make reads and make “one-cut-and-go” plays rather than juke and tap dance like the next Barry Sanders; and quarterbacks and receivers can’t treat runs as mini-breaks because they’re expected to execute assignments and make blocks. The offense is also taxing on coaches. Gibbs will tell anyone willing to listen that if you want to be good at the wide zone and the tight zone, throw out all of your other run plays. All those wonderful Power O plays, Counter Trey plays, and whatever other fancy stuff you think you need — get rid of it. Instead, run two — yes, two — run plays, and run them against every defensive front you face until you get really good at them. To Gibbs, anything else is hubris.1

The Texans run a few other run plays, but the wide zone remains the foundation of their offense. Those big Arian Foster and Ben Tate runs that have powered Houston to the playoffs came on the same plays that helped Davis rush 2,008 yards for the Broncos in 1998 and helped Warrick Dunn thrive in Atlanta. So why is it so successful?

Like Gibbs, one can spend a lifetime on the finer details of the outside zone, but we can cover the highlights here.2 On the play, each offensive lineman asks himself: Am I covered? Is there a defender lined up directly across from me? Or am I uncovered? If he’s covered, there’s really not much “zone” to it at all. The lineman fires out and blocks the guy in front of him. If he’s uncovered, he steps to the play side to help his covered teammate; together, they double-team a defensive lineman until one of them slides off to block a second-level defender like a linebacker.

Those assignments apply to both the inside zone and wide zone. The differences concern technique. On the wide zone, blockers try to reach the defenders and seal them to the inside. If they can’t be reached because the defender pushes out to the sideline, then the blocker’s task is to push the defenders as far as possible toward the sideline. On the backside, Gibbs likes to “cut” defenders to the ground — this is sometimes controversial, but it remains legal and is an important key to sealing off the backside pursuit.

The key then becomes the running back and whether he can find those fluid zones that might open up anywhere across the defensive front. Running backs are often undercoached, however, even at the NFL level. On the wide zone, the running back isn’t simply handed the ball and told, “Run like hell.” He needs to make reads. He looks, in sequence, to the defensive end and then the defensive tackle. His job is to make one cut and get yards depending on their movements. If they stay inside, he runs outside; if they fly outside he’ll cut back, although on the wide zone what looks like a “cutback” is typically not a cutback at all. Instead, the runner goes straight up the field against a fast-pursuing defense.

This is often a point of contention: NFL running backs reach their position by being the best player on the field their entire lives. As kids and high school stars and often college stars, too, they really were given the ball and told to run like hell. If they miss their reads on a wide zone, the offense won’t work. The running creases may be there, but it won’t matter if the runner isn’t hitting them properly.

In Denver, Gibbs came up with an elegant solution to this problem. On most teams, each position is coached by direction position coaches. So on the wide zone, the running back was coached only by the running backs coach, and if a player made the wrong read, his teammates didn’t know. Instead, Gibbs taught the play to the entire team, so that even the linemen knew the running back’s reads. This way, if the runner made a bad read, the coach didn’t need to step in, because as soon as a play ended the linemen would turn around and yell at the running back. On football teams, as in most places, your peers are often more persuasive — or easier to listen to — than authority figures.

And that’s really about it: It’s a simple play. It gets more complicated as defenses get more varied and complex. But even after Gibbs, Kubiak remains committed to the wide zone, and Foster and Tate are adept at making the correct reads and hitting the holes at full speed. And all that good running sets up something else — once the defense has overcommitted to the run, there are lots of opportunities for effective bootlegs and play-action schemes, stuff that Schaub did very well. To win some playoff games, Yates, Delhomme, or whoever starts for Houston will have to take advantage of those opportunities.

When Kubiak earned his two Super Bowls with the Denver Broncos, it was an aging but still wily John Elway who served as the counterpunch to the Broncos’ base rushing attack. Teams that win Super Bowls typically have great quarterback play, and that’s simply not something the Texans possess now that Schaub is injured. But, fortunately for Yates and Kubiak, there is a little history on their side: In 1990, and with just four prior NFL starts to his name, Jeff Hostetler filled in for an injured Phil Simms and led the New York Giants to a win in Super Bowl XXV. It’s a long shot, but if the Texans can make a run, there’s a good chance it’ll be because of the wide zone and all the opportunities it provides. And with all the attention this season on quarterbacks such as Aaron Rodgers, Tom Brady, and Drew Brees, it’d be nice to see a team like the Texans make a run and claim some of the spotlight for the offensive line.

Previously by Chris Brown:
Draw It Up: Oklahoma State and the Stick Concept
Draw It Up: Army-Navy and the Flexbone Offense
The Case for Baylor’s Robert Griffin III
Draw It Up: LaMichael James’ 58-Yard Touchdown
Quarterbacking Made Simple