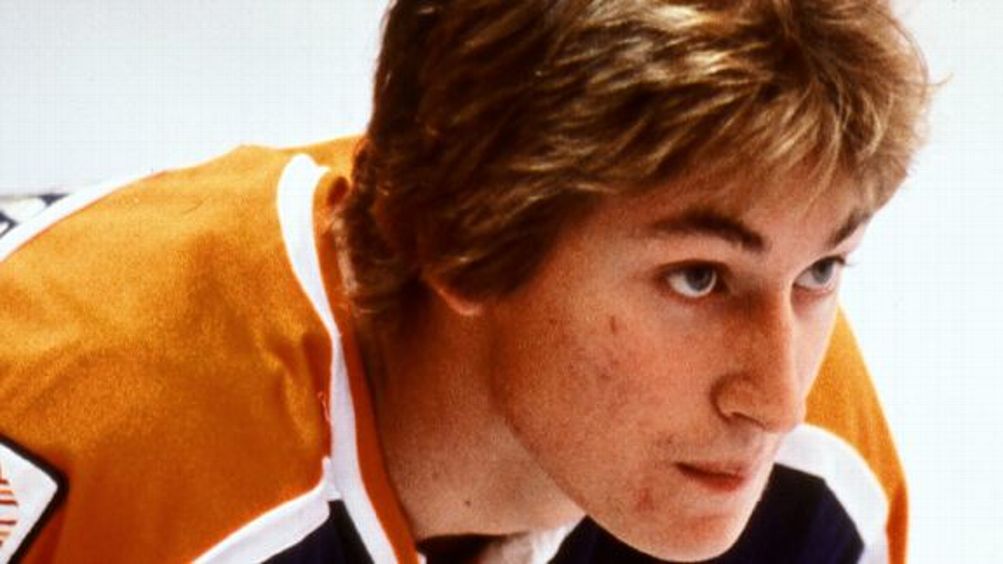 A year ago, Sidney Crosby went down with a concussion and the way we see hockey changed. A few days ago in the World Junior Championships, Canada’s junior team lost to Russia in a way it shouldn’t have lost, and almost won in a way nobody should win. Each speaks to something in our nature.

Where does it come from, this fight that is in us?

Surely, it must have to do with the hard land and hard climate of our past, when illness or injury weren’t allowed to keep us from the fields or the forests. That was survival. So when we created our games, we’d play them in the only way we knew how.

Or, in an indirect way, maybe the answer’s as simple as the difference between a puck and a football or soccer ball. A puck is hard and small. In hockey’s earliest days, when it flew out of play it could travel far and stop the action for many inconvenient seconds. It could injure someone watching. Not so a football or soccer ball. So hockey created boards to surround the ice. Low ones at first, to keep the puck in play; higher ones later when more spectators found reasons to watch the game. For hockey players from the beginning, there was no out-of-bounds. There was no escape.

So the struggle that is hockey began. At first, it was on a much smaller ice surface, seven against seven not six against six, and with no substitutions and no forward pass, there was no way to open up the clutter; no escape even to rest. For the entire game, it was body pushing against body; the boards an unmovable opponent everywhere around the perimeter. To score, a player had to get close to an opponent’s net, and in the offensive zone it’s as if the oval of the rink suddenly becomes a funnel, the struggle, the strain growing ever more intense.

To get to the net is a fight.

The most legendary player of hockey’s first hundred years was Rocket Richard. He was not much more than average size. He possessed no blinding speed, no overpowering shot. The lingering image of him now more than 50 years after his last game is his eyes. Wide, wild, his pupils so focused on his task — to get to the net — they’d bore a hole through anything that stood in their way.

It’s the Europeans who first saw this unrelenting will in Canadian players. Before European amateurs were allowed to play against the NHL’s best, the Europeans saw only the Penticton Vees, Whitby Dunlops, Trail Smoke Eaters, and those who came before them. By the mid-1950s, the Europeans had closed the talent gap, they could skate and pass as well or better than their Canadian opponents, but still Canada would win. The Europeans had come to hockey late from soccer or bandy (much like field hockey on ice), games played on big, wide-open spaces with strategies, skills, and attitudes to match. Even their “Olympic-sized” hockey rinks were bigger. They’d dazzle in the open ice, but in the funnel to the net, unaccustomed to the smash of bodies, they’d look for a final pass.

Canadians first saw this fighting spirit in ourselves in the 1972 Canada-Russia series, and we only truly saw it when the series was over. Before then, Canadians saw Canadian players who looked slow and undisciplined, thuggish at times, and Russian players who looked the way we’d always seen ourselves. Then, when the eight-game series seemed finally over — after a crushing loss in what had been a very promising first game in Moscow — with the Russians leading the series three games to one with one game tied and the final three games in Moscow, things changed. We won the sixth game, then came from behind to win the seventh. In the last game, down 5-3 at the end of the second period, we scored three goals, including Paul Henderson’s winning goal with 34 seconds remaining.

There was a lot not to be proud of in that series. But we were proud that we won, and we were proud that we didn’t give up. In a series where one player scores the game-winning goal in the final three games and the series-winning goal in the last minute of the last game, there can be only one hero — Paul Henderson. But there were two — Henderson and Phil Esposito. Moments after the series’ lowest moment, our Game 4 loss in Vancouver, Esposito had given his “speech” in a TV interview. With sweat pouring down his face and fight still oozing from him, he took on those who booed us and doubted us. He embodied what we’d show ourselves to be in Moscow — the never-quit, never-say-die Canadians others had always seen us to be.

Canadians love this about their players. We get cut, we lose teeth, and we scarcely miss a shift. This isn’t about ourselves; it’s about the team. We’re going to feel pain anyway; we might as well play. It’s the fight that’s in us. It’s those boards we put up around us when we created this game that gave us no place to escape; no choice but to suck it up. It’s the teeth-baring grin we show when we go into the corners and into that funnel to the net. And it’s an ethic that’s more important now than ever. To fans who “bleed” blue or orange or black, who feel more deeply about their team than they do about themselves, they need to know that the player with the multimillion dollar contract who wears the jersey feels the same.

And it’s why most Canadian fans love Don Cherry. If anyone doubts that affection, go to CBC’s next Hockey Day in Canada. I was with him three times, in Iqaluit, Shaunavon, Saskatchewan and Whitehorse. No matter how many former stars are also there or who they are, the fans want to see one person — Cherry. No question. No contest. These fans love the dynamic between Cherry and his sidekick, Ron MacLean, on Coach’s Corner. MacLean is often described as Cherry’s perfect foil, but in fact, the reverse is true. MacLean is Cherry’s perfect setup man. Cherry goes over the top; MacLean catches him and comes back with something that seems almost reasonable — and on it goes. But beneath the shtick of outrageous clothes and bluster is a funny, entertaining character who has something to say. No one survives more than 30 years at the centre of a storm with just shtick.

Whatever Cherry’s talking about, he’s really talking about Canada and Canadian spirit. When European players first began playing in the NHL in any numbers, he trashed them. They weren’t Canadian, not in nationality, not in spirit. Just because you wear the jersey of a hockey player, he said to them, doesn’t mean you’re a hockey player. Prove it. When they did, he wouldn’t see it because they weren’t Canadian. If they proved it a different way, not with their fists but on the scoreboard, as Wayne Gretzky and Mario Lemieux did, he wouldn’t see it either.

Week after week his message carries the same basic truth: In hockey, as in any of other side theme of life he goes off into — “Hey, you kids out there” — you’ve got to be willing to fight. Who can argue? And to Cherry if you accept that, you’ve got to accept that any kind of fight or fighting is right. You’ve got to stand up — shoulder against shoulder; fist against fist.

This is where the debate over head shots and fighting grows confused. Giving up head shots or fighting is not giving in to do-gooders who never played the game. It’s not giving in to Americans. It is not giving up something Canadian. It’s not even giving up Don Cherry; certainly not his spirit. But it is taking on Cherry or anyone else on hits to the head. The surprise is that Cherry and so many former players who are now commentators defend or minimize these hits — the race for the puck, the last-second shove that catapults an opponent into the end boards and a completely unknowable fate; the cruise-by elbow or shoulder to an unsuspecting player. The hit like the one the Edmonton Oilers’ Andy Sutton put on the Carolina Hurricanes’ Alexei Ponikarovsky a few weeks ago. Sutton could see that Ponikarovsky couldn’t see him, so this was not a knee-jerk reflex. It was entirely premeditated. He had several feet to decide what to do and chose to drive Ponikarovsky’s head into the glass — because he could. But Sutton is a good guy. Good guys don’t do bad things, so bad things done by good guys can’t be bad things.

These are cheap shots and always were. Cherry and the others didn’t play this way. Is this fight? Is this standing up? Where’s the courage and toughness in this?

“Fight” is not “fighting.” Fight is never giving up. Gretzky, Orr, Richard, Lemieux, Lafleur — they were great fighters. They fought with their head, hands, legs, will, and need to be special, and rarely with their fists. The toughest players aren’t those who hit but those who are willing to be hit, to fight their way into open ice, to fight their way to the net, to fight expectation and disappointment to score the game-changing goal. Give up fighting and get more stick-swinging?

Who were the stick-swingers? A handful of players; almost nobody — and certainly not these players. Fight is the playoffs, the Olympics, and World Cup, where fighting and head shots are rare because the stakes are so high and the distractions so consequential that there’s no place on the ice for goons. “Fight” is fighting spirit. It’s Canadian hockey at its best.

After the 1972 Canada-Russia series, the skill gap between the Europeans, the Russians in particular, and Canadians seemed to grow. In the 1990s and early into this century, most of the NHL’s top scorers and trophy winners were European or American. That has changed in recent years. Canadians learned that more than fight was needed.

In soccer, England had its “1972 moment” in 1953 when Hungary came to Wembley and won, 6-3. England won the World Cup in 1966, and since that time the skill level of its players has improved, but much less so than for those in the rest of the world. England keeps hoping that “English pluck” can make up the difference. It can’t.

We learned in Canada what England has never learned. We learned that to win: Match them with skill; beat them with will.

The debate about head shots and fighting is not a debate about Canada, Canadian hockey, or the Canadian spirit. It’s about giving up the fighting, but keeping the fight.

Ken Dryden is a Hall of Fame NHL goaltender and six-time Stanley Cup champion. He is also the former president of the Toronto Maple Leafs and a former member of the Parliament of Canada. He is the author of several books.

Previously from Ken Dryden:
Concussions in the NHL: Waiting for Science
Time for the NHL to Get Head Smart