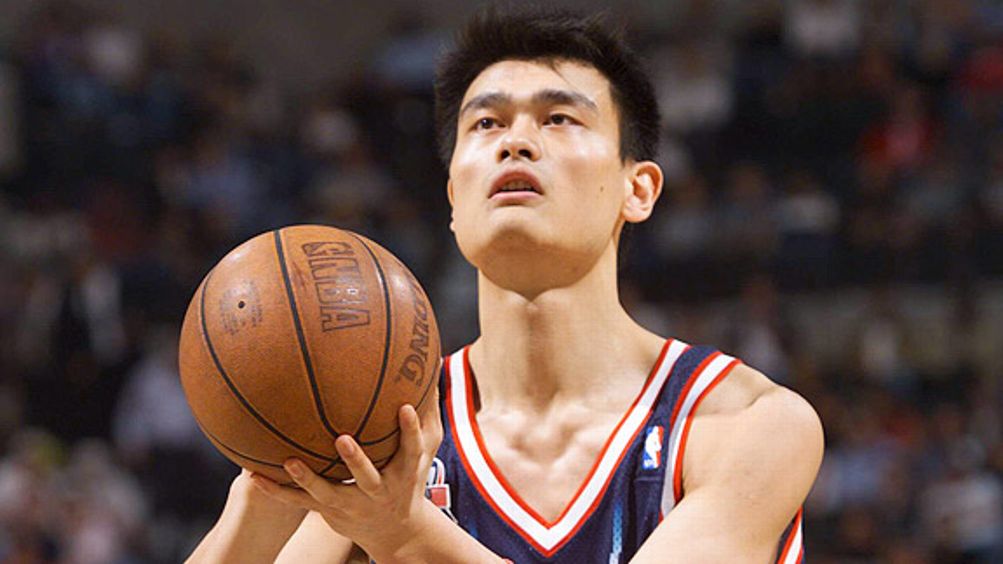 A few weeks ago, I wrote an essay about what Ichiro’s rookie season might have meant to Asian-Americans, particularly those who, like me, grew up as part of an undefined generation. After hearing the news this past Friday that Yao Ming was planning on retiring from the NBA, I began to wonder if I had written about the wrong icon. Ten years have passed since I spent that summer at Safeco Field. I know nothing more about the Mariners right fielder than I did back then. He has never acknowledged the symbolic weight he carried, probably unwillingly, for all of us dumb, lost kids who use sports as our ballast within American society. And while it’s certainly no one’s duty to accept the role of symbol-of-your-people (especially when the parameters of “people” have been defined in ways you never signed off on), as I’ve watched Ichiro struggle throughout this season, I haven’t felt the usual ebb of mortality that accompanies a hero going down. Rather, the twilight of Ichiro Suzuki has made me appreciate how Yao Ming handled himself.

The mammoth hope of a national athletic program representing 1.2 billion people, Yao was Chinese, on a scale we had never seen before. There was the Yeti-quality footage of Yao dunking over Chinese opponents (back then, were we even really sure he existed?), the strictly monitored interviews conducted through a translator, the conspiracy theorists who asked why an unproven, pituitary catastrophe deserved to be drafted before Jay Williams, one of the most dynamic point guards to ever play college basketball. But when he first walked out onto an NBA court, the public collectively gasped. Yao was big.

It was this size and his Chineseness that initially alienated American fans. Regardless of who you are, it is nearly impossible to really identify with a 7-foot-6 foreigner. But the skepticism, at least among Asian-Americans, also had something to do with the fact that Yao’s first game in the NBA had come a mere 11 months after Ichiro took home the American League’s MVP Award. The role of Great Yellow Hope had already been filled. What’s more, when compared side-to-side, Ichiro made for a much better hero. He was cool where Yao was awkward. He was mysterious where Yao was opaque. Neither men spoke English particularly well, and both communicated through translators, but Ichiro somehow made it seem like he was too cool to speak English, whereas Yao’s press conferences felt canned and foreign. Despite not saying much, Ichiro branded himself through glossy magazine shoots and public appearances. Yao just kind of frowned a lot. Neither man gave up much in terms of personality. But Ichiro at least gave us dominance on the field. Early Yao seemed as if he was only playing for the glory of his homeland — a mercenary sent to showcase the glory of Chinese genetic manufacturing.

Every child of immigrants knows the dread of watching a parent stumble through a PTA meeting or a car purchase or even an interaction with a grocery store clerk or waitress. Your sphincter constricts, your breath freezes. Every catastrophic scenario is projected — your mother’s English will break, she will say something stupid or ignorant and the grand illusion of sameness, or, at least, the attempts at sameness, will atomize and disappear.

With Yao, I always felt that same dread. In an absurd, yet still significant way, watching him over the past nine years was like watching a video of my parents. I worried he would mispronounce a word, bomb a joke, or say something awful about his black teammates. Yes, I should probably not compare a 7-foot-6 Chinese basketball player who can carefully select his televised moments with an immigrant parent who has to make his or her way through a skeptical and oftentimes cruel country, but when the scope of available cultural references goes from Jackie Chan to Jet Li to Bruce Lee to Ichiro to Yao to Yan Can Cook, you sometimes have no option but to inflate, conflate, and, at times, fabricate. We live in an era in which self-identification is just the pastiche of relatable characters we piece together while staring in the mirror. Where else could we look for that story? Margaret Cho? Tiger Mothers? The Joy Luck Club?

Immigrant narratives, especially those we know well, are heavily processed and once-removed. Most are nostalgic tales of groups that have already lost their hyphenated status. The rest, written by the children of immigrants, too often focus on the weirdness of being the child of embarrassing parents. Rarely do we get to witness someone who comes over to the United States without any working knowledge of the language or the culture. In the past 25 years, there has not been any documentary, novel or film that has better captured what that acculturation might look like than Yao’s nine-year Truman Show. At least there hasn’t been one that was watched by more people.

Where but in sports can a foreigner come over and instantly become one of the most recognizable faces in the country? Every aspect of Yao’s American career — the process that took him from being an unwanted curiosity to becoming one of the most beloved players in the league — was broadcast on a massive, corporatized scale, but only the worst cynic could have questioned Yao’s authenticity, his earnestness. What we grew to love about Dirk, we also loved about Yao — both men came to the United States amidst skepticism and uncertainty. Both took on the sentimental values of American sport. Unlike Ichiro, whose pursuit of excellence always carried a lonely, abstracted air (I’ve always thought Ichiro could have gone to any team in any city with any number of teammates and have had the exact same career), Yao engaged America. For the kids raised within that undefined generation, the real triumph of Yao came from how graciously and faithfully he took on his role as the Big Immigrant. He did not, as they say, let his play do the talking for him. And in doing so, he became an ambassador and an inspirational symbol, not only for his countrymen back in China, but also for Asian-American immigrants and their petulant, ungrateful children.

Jay Caspian Kang is an editor at Grantland. His debut novel, The Dead Do Not Improve will be published next summer by Hogarth/Random House. Follow him on Twitter at @maxpower51.