The Ballad of Big Star 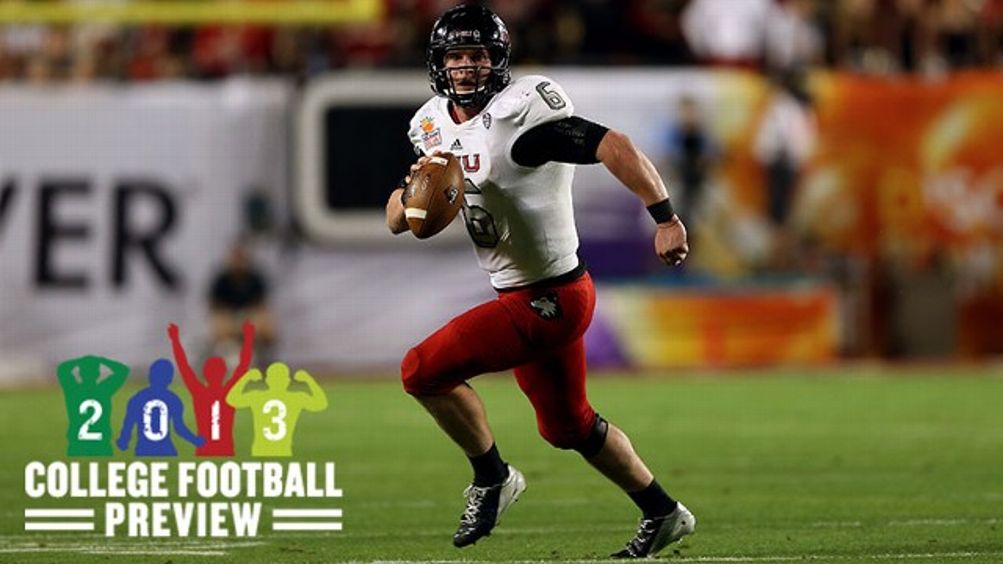 1. I Only Wanna Have a Good Time

Like a lot of quarterbacks, Jordan Lynch has a pregame ritual. About 15 minutes before the team leaves the locker room, Lynch takes a shower and brushes his teeth, and cranks up the heart-pounding sound of … Shania Twain?

We have many questions. The first, of course, is “What’s the best Shania pregame song?”  ”Man, I Feel Like a Woman,” Lynch replies immediately, with a tone that implies we have asked a silly question. We think he might be kidding. He is not. We don’t think.

“I remember when I used to go out there for games all jacked up, trying to run over and hit somebody. But I play quarterback. I need to be mellow, and I need to be in control.”

With all due respect to the MAC, the FBS is a big league with an ever-increasing number of teams, and it was around midseason 2012 before we noticed there was a guy at NIU amassing Chandler Harnish numbers without the benefit of actually being Chandler Harnish. As the Ottawa Times‘s Mike Murphy put it to CBS Chicago last November: “All the MAC schools breathed a little after Harnish graduated. Then they look at Lynch and say, ‘Oh [expletive].'”

Harnish completed his NIU career with 30 program records to his name, with 11,927 yards of total offense. After two seasons of backup work, Lynch completed his first campaign as a starter in 2012, breaking 14 program records and tallying 4,953 yards of offense behind an entirely rebuilt O-line. He was the FBS player closest to hitting 5,000 yards of total offense without going over; the only guy who did surpass the 5k mark was named Johnny Manziel.1

Pinball football partisans were paying rapt attention by the time the MAC championship game kicked off. Both teams were ranked. There was talk of NIU opponent Kent State crashing its way into a BCS bowl. Then Kent State lost, and so did everybody else, and then this happened:

Adding to the chaos, 15 minutes before this scene took place, NIU hired a new head coach, elevating offensive coordinator Rod Carey to replace Dave Doeren. “Dave left Saturday morning,” Carey recalls, “and I got the job Sunday night — ‘Here you go! You get to be the head coach!'” Just another December in the MAC.

“This was my third head coach in five years,” says Lynch. “It’s a player-driven team. We know how to deal with that. A few players’ll get pretty upset, but you’ve gotta look at the big picture. They come in and help us out, and we’re setting up their future. Good coaches deserve to get more attention and go to bigger places.”

“It’s probably a fact of life,” says Carey of the rapid coaching turnover in the conference. “It’s not always one that’s pretty. I think what happened when Coach Kill left2 is that this team, during that time, really took it upon itself to be their team. They knew that coaches help them to get where they want to get, but it’s not just about the coach.”

The Huskies hung around on the scoreboard, despite being outgained by incredible margins, for about three quarters of the Orange Bowl. This is not nothing. Memories of Boise State and TCU’s postseason glories loom in the memories of the viewing public, but it made perfect sense for Florida State to win this one walking away. Still, there were occasional flashes of upset potential: A successful fake punt here, a recovered onside kick there. But the thing about competing in these situations is that everything has to go right at the same time, and Lynch’s prized control hadn’t been present that night.

“I was missing throws early,” Lynch says. “You’re not in a rhythm, you’re trying to rush stuff. I think if I would’ve made the throws earlier and kinda just calmed down, acted like I’d been there before … “

After being cut off on the ground and through the air at almost every turn, he threw an ill-advised pass that was intercepted and effectively turned the game against the Huskies for good.

“You know,” Lynch says, “we have a bad day sometimes. I know I do. I just try to take the positives from that game now. We were in that game. We stuck with ’em.”

“All I said to him afterward was, ‘Hey, I think you and I both know you probably didn’t have your best game,” Carey says. “But that wasn’t for lack of trying. So let’s get back at it and see what we can do about it.'” Like Mark Richt, Carey spent the winter coaching his kids out of the hurt (while simultaneously rebuilding NIU’s coaching ranks), day by day, detail by detail. “It’s getting under the squat bar again. Getting into spring ball again. And each day, that’s how you try to get them out of it. You can’t snap your fingers, wave a wand, and give a Knute Rockne speech.”

“Where we end up? Needs to be real similar. ‘Cause it’s worked real well.”

• Remember that time Lynch was mistaken for the Huskies’ coach at MAC Media Days? Because it was last week. “I mean, I tried going along with it,” says Lynch. “He goes, ‘Hey, Coach!’ and I’m like, ‘ … Coach?’ So I just let him keep going. I was gonna keep answering the coach’s questions, but then he stumped me with something and I was like, ‘Listen, I’m not the coach. I play.'”

• Much to the dismay of their MAC opponents … Don’t expect large-scale shifts in NIU’s offense this season, even with Rod Carey running his own show. “It’s gonna look mostly the same,” says Lynch. “It’s what we’re comfortable with.” Carey adds, “We didn’t change a lot from Chandler to Jordan. It’s not like we’re going to the wishbone or anything.”

• Fear the Roohouse? Most underrated MAC destination, according to Lynch: “They’re not known for their crowd, but Akron’s stadium is unreal. They just built it a few years ago, and it’s top of the line. It’s big time.”

• No takebacks. Think the likes of Purdue and Iowa are sorry they scheduled this particular MAC squad? Not just yet, according to Lynch, remembering the 2012 season-opening loss to the Hawkeyes, his first collegiate start. “Kinnick Stadium, I know that’s a tough place to play.” Carey adds, “We gotta go there, so I know they’re not too sorry.” We’ll ask again in October.

• Reply pending. Even in the lower-key atmosphere of DeKalb in the offseason, Lynch attracts his share of hangers-on: “A girl asked me on Twitter if I wanted to ‘get a bottle of red wine, go to The Junction, and have a good cry.’ I let it go.” He shudders. “I have no idea.”

There are two kinds of dog mascots in college football: (1) The kind that travels from game to game in a sedan chair, surrounded by bags of ice in the summer and specially designated space heaters in the winter, and does not seem like it would be especially fun to have as an actual pet, and (2) THIS GUY: 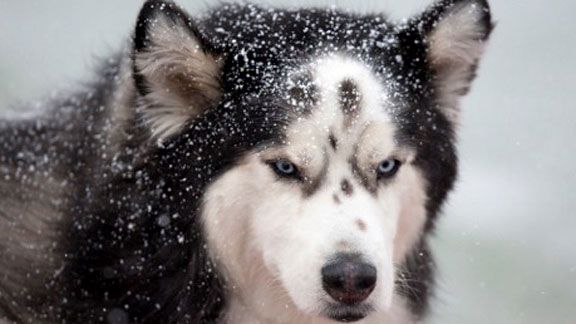 • Required viewing: The Huskies’ last game of this regular season is a home date with Western Michigan, a team that went 4-8 last season but actually held a halftime lead over a slow-burning NIU squad in their last meeting. You may remember this game as the one in which Lynch scored six touchdowns, four of them in the second half. Remember also that the Broncos are now coached by NIU alum and former assistant P.J. Fleck, who spurned the Huskies’ OC gig in 2012 to reunite with Greg Schiano in Tampa Bay. “I guess we’ll be looking forward to that game,” says Lynch. “That’s all I can say, really.”