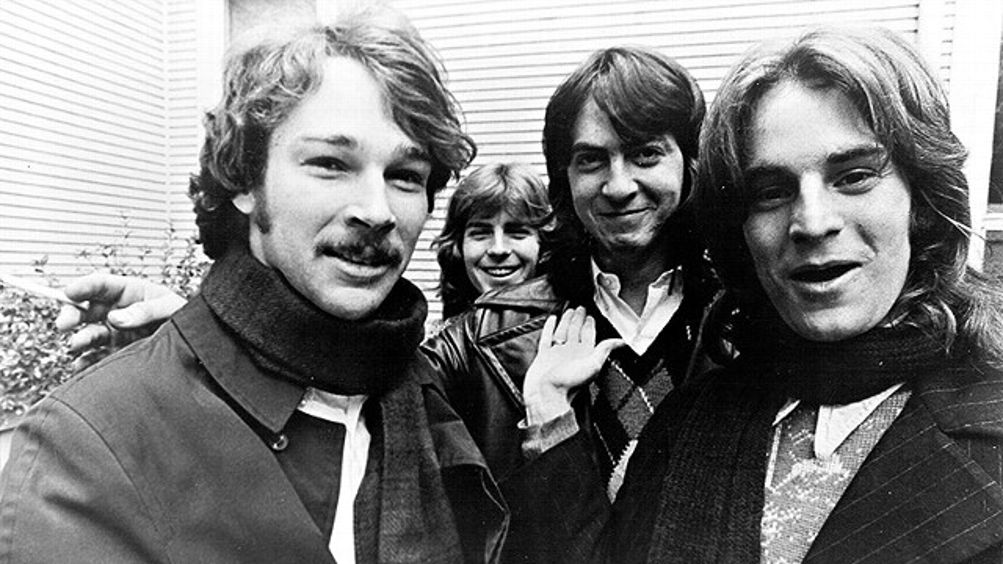 In the 2009 coming-of-age comedy Adventureland, Jesse Eisenberg and Kristen Stewart play a boy and a girl whose intelligence and sensitivity set them apart from other teenagers. This specialness is conveyed primarily via their taste in music: Shortly after boy meets girl at the amusement park where both work, Stewart pops a tape into her car stereo while driving Eisenberg home. The song that jumps out of the speakers is Hüsker Dü’s “Don’t Want to Know If You’re Lonely,” which means the tape (assuming it’s not a mix) is 1986’s Candy Apple Grey,1 the band’s “new” album in the film’s universe. (Adventureland is set in 1987.) Eisenberg immediately smiles and turns it up. Boy and girl meet eyes. A moment of recognition is shared and a connection is forged.

Later, during a party scene set at Stewart’s character’s house, our music-minded duo share a few moments of scintillating sexual tension while spinning Big Star’s Radio City, one of the defining documents of pre-Internet “please judge me not by the content of my character but by the contents of my record collection” music geekdom. Eisenberg is impressed, as he should be: A scratch-free vinyl copy of Radio City would’ve been nearly impossible to come by in ’87.2 Stewart, it is implied, is similarly unique and precious.

As audience members, we are supposed to notice Radio City — you can’t miss the album’s memorable white and blood-red cover displayed prominently in Stewart’s room in the middle of the frame. Adventureland director Greg Mottola is as eager to impress us with his Big Star knowledge3 as Stewart is zeroed in on wooing Eisenberg. While the Radio City reference was probably lost on most viewers — nearly 40 years after the star-crossed Memphis power-pop band’s salad days came and went, Big Star remains largely unknown to the general public — the point was to reach the right viewers. And, in my case, it did. I loved Adventureland. I knew I had been hooked in by unrepentant pandering, but I turned the dial up anyway.

I also liked the new documentary Big Star: Nothing Can Hurt Me, which launched its theatrical run with events in major cities this month. (It’s also available on VOD.) I had to like this movie, since it wouldn’t exist without me. I represent the film’s core (and perhaps only) demographic: I’ve heard of Big Star, I own all of their (prime-era ’70s) records, and I’m sympathetic to the argument that Big Star is an important group in the trajectory of rock history, even if it never released an album or a song that mattered to a plurality of rock fans.4 I am a member of a small but vocal audience that actually cares about the particulars of how “The Ballad of El Goodo” was recorded and where the drunken band photo on the back cover of Radio City was taken. I am interested in hearing Jaan Uhelszki’s opinions on #1 Record. And sure, I’d even be into peering into the office of the promo guy who tried unsuccessfully to get Big Star’s records on the radio. (Shockingly, I also happen to be a heterosexual white male in his mid-30s.)

For the rest of you, Nothing Can Hurt Me will be significantly less worthwhile. Its greatest value is as a history lesson for people who have always lived in a world where knowledge of musical obscurities can be attained instantaneously and with virtually no effort. Believe it or not, there really was a time when slipping on a favorite song in the car could be an accurate litmus test for determining whether you were interested in sleeping with the stranger sitting in the passenger seat. Those days are long gone, of course, now that the path to being a music connoisseur has been transformed from a narrow trail to a traffic-choked 12-lane highway. Nothing Can Hurt Me eulogizes an era when it was still possible for great music to be lost, and for self-styled appreciators of the underappreciated to believe they could discover this music, as well as each other. Now we’re all experts — or we can fake expertise a little easier, anyway. This has skewed the music-taste-as-personality quiz beyond all usefulness.

Those unfamiliar with Big Star should take a moment to Google the name and learn that it was formed by a self-hating closeted gay introvert named Chris Bell and fronted by an irascibly charismatic former child prodigy named Alex Chilton. Sadly, both men are dead now, as is Big Star’s original bassist, Andy Hummel. (Only preternaturally handsome drummer Jody Stephens is left to give eyewitness testimony in Nothing Can Hurt Me, which is the film’s most crucial weakness.) Then quickly locate Big Star’s music, which took the ’60s guitar-pop blueprint created by the Beatles and the Beach Boys and infused it with biting Nixon-era bitterness and disaffection. Play a whole album and you’ll feel the crush of a warm hug that lingers for too long and eventually shakes with uncontrolled sobbing. On #1 Record and Radio City, the fast songs are irrepressibly catchy and the slow songs achingly pretty. Third/Sister Lovers sounds the most “modern.” Taken together, it’s a confounding discography. You might not understand (1) why Big Star wasn’t more popular in the mainstream of rock music in the early ’70s, or (2) why the band subsequently became so popular in the underground. Big Star is not Captain Beefheart. For the most part, the music isn’t overtly challenging or edgy; it’s as likable on the first listen as it is on the 100th. Big Star’s mystifying lack of success forms the crux of the band’s appeal; it’s what separates the band from less-heralded contemporaries with more hit songs like the Raspberries and Badfinger.5 And then you’ll know pretty much everything you need to know about Big Star.

Nothing Can Hurt Me attempts to put the band’s artistic triumphs and commercial failures into a larger context. But in the end the movie boils down to an oft-asked question in documentaries like this: Why didn’t they like this like we liked this? The answers prove a little too banal for the good of the movie. Basically, it comes down to typical rock-and-roll afflictions: record label woes, constant instability in the group’s lineup, and tortured genius syndrome.6 Nothing Can Hurt Me also suggests that the public simply wasn’t sharp enough to get these feather-haired tunesmiths in their time, a dubious though not entirely unwarranted claim. “The fact that it wasn’t on every radio station was the target practice of the record business,” musician-critic Lenny Kaye says of “September Gurls,” arguably Big Star’s most shoulda-been hit song.7 “Sometimes you just miss.” Nothing Can Hurt Me was made for those who believed that nobody missed better than Big Star. 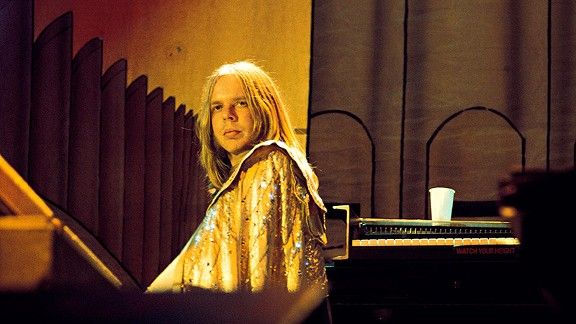 If so many people weren’t listening to Big Star several decades ago, what were they listening to instead? Nothing Can Hurt Me lays the blame at the feet of a familiar group of villains: Bloated and musically bankrupt stadium and prog rock bands. Watch enough documentaries about punk and indie-favored artists and this sequence will be instantly familiar. The script goes something like this: “In the early ’70s, rock music became tired and bloated. [Cue concert footage of Emerson, Lake & Palmer.] The music lost its edge. [Insert a particularly long-winded snippet from Yes’s Tales from Topographic Oceans.] Musicians no longer seemed dangerous or cool. [Close-up shot of Geddy Lee’s nose.] What rock needed was a shot of energy! [Jump cut to the Sex Pistols playing ‘Anarchy in the U.K.’]”

What’s especially tired about this trope in popular versions of rock history is that it assumes that its practitioners and fans didn’t acknowledge the pomposity and silliness of prog. It overlooks the fact that pomposity and silliness were the point of prog, and that these qualities could be as exciting and valid as three-chord songs played by sociopathic misanthropes. At least that’s the case made with intermittent persuasiveness by the new book Yes Is the Answer (and Other Prog-Rock Tales), a collection of essays written by celebrated authors (Rick Moody), musicians (Peter Case; Nathan Larson of Shudder to Think), and rock critics (Jim DeRogatis) about the spell that records like Genesis’s The Lamb Lies Down on Broadway and ELP’s Works Volume 1 held over teenagers just as intelligent and sensitive as the kids played by Eisenberg and Stewart in Adventureland, albeit with less fashionable preferences.8

Nothing Can Hurt Me and Yes Is the Answer both examine what it means to be defined by the music you love, because relatively few people happen to love the music you love. Where they diverge is cachet: The writers who contributed to Yes Is the Answer are aware — perhaps too aware — that confessing a childhood love of Big Star’s “Thirteen” is a lot cooler than describing your deep personal connection with Gentle Giant’s discography. From the first sentence of Marc Weingarten’s introduction to Yes Is the Answer, a defensive posture about liking prog is struck. “The haters weren’t all wrong, of course. Prog was ridiculous,” Weingarten writes. “But never underestimate a young boy’s finely honed sense of irony.”

The best parts of Yes Is the Answer ponder a world where the haters were left behind in a distant universe. Many of the essays are about feeling awkward and — as one writer memorably puts it — being stuck inside a “stringy, shitty body.” Prog was an escape from all that, inviting listeners to step into an imaginative interstellar realm that resembled the art of Storm Thorgerson and Roger Dean. All you needed to do to take this trip was strap on a pair of headphones and put on a screamingly self-indulgent triple album with a stupidly convoluted title. In the book’s most moving essay, Esquire‘s Tom Junod writes about how the music of Genesis and Peter Gabriel provided his years of teenage self-discovery with a majestic soundtrack, and gently nudged him toward his future:

Yes, Prog is music of adolescence, an education for the not properly educated. Your enthusiasm for it can seem embarrassing in retrospect, like an epic crush on a girl who never so much as knew your name. But yearning offers an education all its own: the fruitless search informs the search that comes to fruition, and the constancy of the epic crush is what prepares you for the constancy required by marriage and parenthood. Prog is all about yearning, which is why it’s so big, and why it’s often so overblown.

That’s as good a definition of prog as we’re ever going to get. And it indirectly articulates why those old Big Star records continue to provide solace to young pilgrims. Big Star and prog rock were diametrically opposed musically, but in spiritual terms, loving Third/Sister Lovers or In the Court of the Crimson King was rooted in the same romantic quest for connection. Taking the time to “figure out” music that is difficult or underloved carries with it the implicit hope that someone might take the time to figure you out. That kind of hope dies hard. Trying to locate a person’s soul by using their favorite records as a map may seem like a fruitless search these days. But the search continues regardless.