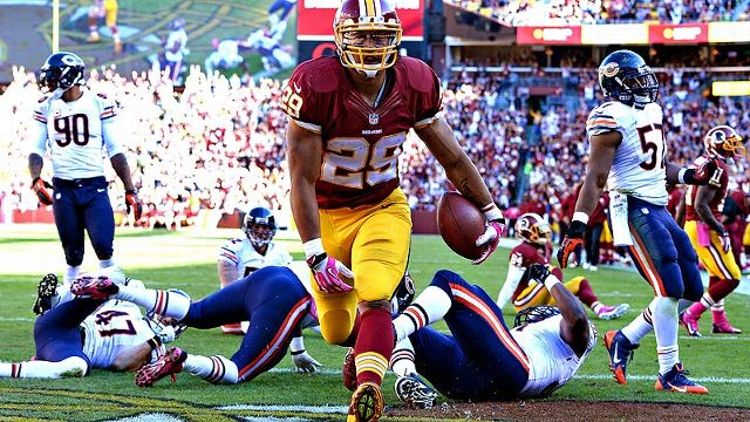 A year ago, the Chicago Bears won 10 games the only way they could. They finished first in defensive DVOA — the eighth time in Lovie Smith’s nine seasons that they’d ranked in the top 10. And thanks to career years from players like Charles Tillman and Henry Melton, the ability of the Bears’ defense to prevent points (and score their own) took them to the brink of the playoffs.

The hope this offseason among us Bears fans was that with the arrival of an offensive-minded head coach and a totally revamped offensive line, the Bears’ offense would at least approach respectability. On defense, the plan was to stay the course. Brian Urlacher was gone, but the challenge in replacing him would be more symbolic than anything. Defensive coordinator Rod Marinelli turned down an offer to stay, but his replacement, Mel Tucker, was brought in to continue with the same system the Bears had used for years. The defense would again be the foundation, and now maybe the offense would be good enough to keep the whole thing together.

Oh, how wrong we were.

After scoring another 41 points on Sunday (admittedly, seven of them were from special teams), the Bears are now averaging 30.4 per game — the second-best figure in football. On defense? They’re giving up 29.4, good for 28th. Chicago was ninth in offensive DVOA before Sunday. The defense ranked 13th, and I’d imagine that giving up 499 yards and 45 points to a 1-4 Redskins team probably won’t help that standing.

It’s a change that hasn’t been easy to reconcile. For a decade, the best part of watching Bears games was everything that happened when they didn’t have the ball. During certain stretches, it felt like the only way the Bears could score was with the other team’s offense or punt team on the field. That has all changed, and it’s not just because the offense has bypassed competency and gone straight to formidable. It’s because the defense has occasionally looked downright hapless.

For most Bears fans, I’m guessing the toughest moment of Sunday afternoon was watching Jay Cutler limp to the locker room. For me, it was in the fourth quarter, when Washington was moving the ball at will on its final drive and the camera flashed to Lance Briggs and Charles Tillman, helmetless, standing shoulder-to-shoulder on the sideline. Cutler will be back this season, and considering how the offense has looked, probably beyond it. The offense, for the first time in a long time, will be fine. For the defense, things are far less certain.

As the two remaining members of the Bears’ dominant mid-aughts defenses watched helplessly from the bench, it felt like this really was the end of something. And as Roy Helu slammed home the winning touchdown with seconds left, all I could think was, How did we get here? How did this all change so fast?”

When you consider it, there are plenty of reasons, but we should start with the most obvious. For a while now, the Bears’ defense has been a top-heavy group outfitted with a collection of high-priced veterans. Subpar drafting (which we’ll get to) has left them unequipped to handle injuries, and this year, they’ve had plenty. It started with a torn ACL for Henry Melton, the Pro Bowl defensive tackle whom the Bears franchised this offseason after his career year in 2012. When Melton went down, the Bears turned to Nate Collins, who had looked promising in limited snaps a season ago. In his first start of the season, Collins left the game after tearing his ACL.

Elsewhere, Tillman’s injury issues have been pervasive all year. A knee problem forced him out of the game against New Orleans (the first one he’d missed in three seasons), and even when he’s been on the field, he’s been a shell of the player he was a year ago. The Bears lost middle linebacker D.J. Williams to a torn pectoral muscle against the Giants, and now they’ll be without Briggs for the foreseeable future. As Bill Barnwell mentioned yesterday, that’s something the Bears haven’t had to deal with much in the past decade. Briggs has been to seven Pro Bowls and, at 32, was having another stellar season. According to Football Outsiders, no linebacker was involved in a higher percentage of his team’s plays through five weeks, and his 18 defeats were most in the league. Through Sunday, he’d probably been the Bears’ best player.

But Chicago’s problems began long before Briggs went down, and although he and Tillman are the bigger names, it’s the issues along the defensive line that have exposed the ills of the entire defense.

The injuries to Melton and Collins set off a chain reaction. With both of them gone, the Bears were forced to move starting defensive end Corey Wootton inside to pair with defensive tackle Stephen Paea (who also missed a game earlier this year). Moving Wootton meant that Shea McClellin, the defensive end Chicago took in the first round last year, became an every-down player. The Bears knew when they drafted McClellin that he might struggle holding up against the run, and that’s proven true. Losing both defensive tackles meant a downgrade at two different positions in the run game, and the result was what we saw on Sunday. To make a stop, the Bears’ second-level players have to completely sell out, leaving them exposed to the boots, keeps, and play-action passes that are all favorites for Washington.

McClellin’s problems against the run were expected, but where his lack of development has been the most surprising (and the most costly), is as a pass-rusher. The Bears’ defensive success in the decade since Lovie Smith took over has been predicated on generating pressure from the defensive line. For the most part, Smith and his staff abhorred sending extra rushers (only five teams rushed four more often than Chicago last season, according to Football Outsiders), and when the Bears were at their best, he didn’t need to.

Last year, the pass rush provided by the defensive line was enough. Chicago finished 15th in adjusted sack rate, with Melton, Israel Idonije, and Julius Peppers carrying most of the load. Now, Melton is on IR, Idonije is in Detroit, and Peppers looks to be wearing each of his 33 years. Combine that with McClellin’s futility and you get the 30th-best pass rush in football. Before this season, the last time the Bears’ defense dipped below average was 2009. That year, Chicago finished 21st in adjusted sack rate, and the solution was to bring in Peppers. With the pass rush restored in 2010, Chicago went from 21st in DVOA to fourth. It all starts with the defensive line, and without one, the whole defense starts to crumble.

With a respectable pass rush and Chicago’s corners playing at a Pro Bowl level a season ago, safeties Chris Conte and Major Wright were able to go unnoticed. Now, with Tillman hurt and quarterbacks enjoying a clean pocket every week, they can be exploited. Both Conte and Wright were third-round picks from Jerry Angelo’s tenure as Bears general manager, and even with their occasional faltering, they’re still probably among the best draft choices from Angelo’s later years. That says more about the job Angelo did than it does about either player.

Maybe the most striking part of seeing Tillman and Briggs on the sideline Sunday was realizing that they were the only two homegrown defensive stars left on the Bears roster. Each was drafted 10 years ago. Tommie Harris was an All-Pro defensive tackle before losing his career to injuries, and Melton was a fourth-round pick in 2009, but for the most part, the Bears’ drafts after 2003 left Phil Emery with a roster devoid of young defensive talent. Danieal Manning, Dan Bazuin, Michael Okwo, Marcus Harrison, Jarron Gilbert — all of them were taken in the third round or earlier, and all are either out of football or off the Bears’ roster. The trade for Jay Cutler didn’t help, but the picks the Angelo regime did have never developed into much, and as a result this is a team lacking the depth to survive a rash of injuries.

It’s probably too soon to say Phil Emery’s first draft was more of the same, but it sure looks like it so far. Yesterday, Urlacher came out and said that McClellin was never a fit for the 4-3 defense, despite Emery’s continued insistence otherwise. On the other side of the ball, it’s impossible to argue with the job Emery has done. Aside from Cutler and Matt Forte, the Bears have built an entirely new top-10 offense in two seasons, and as difficult as it might be to admit, it might be time for the same treatment on defense.

Peppers has been silent for almost the entire season, and he’s slated for a base salary of $13.9 million next season. Among all the depressing sights from the first seven games, Peppers’s decline has been the most disheartening. As a run defender, he’s still an underrated, team-oriented player, but there’s no really explaining away his having only one sack. Three years ago, Peppers might have been the best defensive player in football. Now, he might be done. The Bears would be on the line for upward of a $13 million cap hit if they released Peppers before next season, but at this point it might be the prudent move.

There’s no denying that Chicago’s other stars, despite how well they’ve played in the past two seasons, are nearing the end as well. Tillman is 32 and a free agent. Briggs is the same age and set to enter the final year of his deal in 2014. Coming into this season, the plan was to keep the status quo on defense while hoping the offense might catch up. Just a year later, it seems like that plan may have to be flipped. It’s the defense that needs rebuilding in Chicago, and that is not something I was ready to hear.