For Some USMNT Players, the Work to Reach the World Cup Has Just Begun 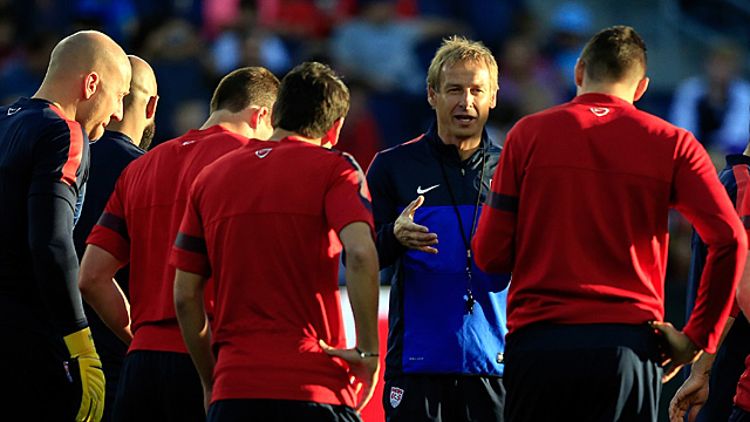 In January 2006, Freddy Adu was 16 years old and training with the United States senior team for the first time. Head coach Bruce Arena called the starlet into the team’s January camp, a three-week training stint that played a massive role in determining who would make the roster for the upcoming summer’s World Cup in Germany. Adu’s youth and inexperience made him a long shot to earn a spot, but he had a chance to impress.

The talented teen did exactly the opposite.

On one of the first days, the coaching staff set up a course around three fields and told the players to run as far as they could in 20 minutes. It was a test of fitness, obviously, but also one of commitment. How much pain would individual players put themselves through? Landon Donovan and Frankie Hejduk, always the two most fit men in the player pool, easily outpaced their teammates. The rest of the group, a mixture of players with virtually assured spots and others who were desperate to impress Arena and his staff, extended in a long line around the green pathway.

And then there was Adu. He was dead last, even behind assistant coaches Glenn Myernick and Curt Onalfo, who were jogging.

“I was so pissed at him. I remember thinking, Just fucking put it in and you get to go to the biggest tournament in the world. You’ll remember it forever,” Jimmy Conrad, a former national teamer and current host on KICKTV who participated in the run, told me over the phone last week. “He was a guy who thought he was a shoo-in but didn’t put the work in. Thankfully, he got left off because that would have been disrespectful to guys who were working hard.”

Almost eight years later, the competition to make the World Cup roster is heating up again. While some players like Tim Howard and Michael Bradley are virtually assured of a spot, many others are fighting for their place. These bubble players have little time to make their case, with two friendlies against Scotland (November 15) and Austria (five days later). Those two matches, along with the traditional January camp, are among the last chances they’ll have to catch coach Jurgen Klinsmann’s eye.

The key — especially for a player on the fringe — is to show the coaching staff exactly how he can help the squad. “I was a bubble player,” Conrad said. “Every time I got to step on the field for friendlies before the World Cup, I thought to myself that I had to prove in this game, today, why I would be good enough and why I fit into the World Cup plans. I didn’t start all those games, so I had to think about how I could be a good teammate, how I could help the guy ahead of me, how could I not be a problem. If I was a problem, whining and bitching, then I’m pretty sure they are not going to take that kind of guy.”

Conrad knew that making the 2006 roster was going to depend on whether he proved that he could be the first central defender off the bench, in any situation. He approached each game with that goal in mind and showed this ability during the 2005 Gold Cup. Conrad filled in for an injured Eddie Pope against Canada just two days after going the full 90 minutes in a 4-1 win over Cuba. He gained the coaching staff’s trust and has a World Cup cap to prove it. When Pope picked up a second yellow card early in the second half against Italy at Kaiserslautern’s Fritz-Walter-Stadion, Conrad came on in the 52nd minute and helped the U.S. earn a famous 1-1 draw against the eventual champions. (He also started the next match against Ghana.)

The players are different now, but the situation remains the same. For example, over the next few months Brad Davis needs to show Klinsmann how vital his free-kick prowess can be in Brazil. While the Houston Dynamo captain isn’t likely to start for the U.S., his spot on the plane will come down to whether the coaching staff believes Davis can help the squad in a specific scenario — say, needing a goal with 15 minutes remaining — more than another player. This is an ongoing process. Davis appeared in four hexagonal games and it’s not as though the slate is wiped clean, but everything centers on next summer.

Davis at least has the advantage of having been in U.S. camps under Klinsmann before. “[Klinsmann] is on the record as saying that there aren’t a lot of surprises coming over the hill. The message is clear that we have a pool of players and these are the guys we are going to,” ProSoccerTalk editor Steve Davis says. “The balance is that if there’s an injury, and there almost always is, he may be forced to look elsewhere. I wouldn’t say it’s likely, but I would say it’s possible that someone we haven’t seen does make an impression in the friendlies coming up or in the January camp, and is able to beat the odds.”

One of those possibilities is Eric Lichaj, the Nottingham Forest right back who earned a call-up for the matches against Scotland and Austria. With Steve Cherundolo still ailing, Timothy Chandler out of the mix, and Brad Evans solid but not inspiring, Lichaj could work his way onto the field. Klinsmann earned a reputation for making unconventional choices while with the German national team, and he has shown his willingness to be surprising at the head of the Stars and Stripes as well. In fact, Klinsmann may be the team’s biggest wild card. “I don’t think we know a lot about how Klinsmann will approach the next few months. He’s a different cat [than Arena or Bob Bradley],” Steve Davis says.

A player won’t feel comfortable about his place on the team until he’s sitting with his butt in the seat taxiing down the runway in Miami, but he might get some early indications. Conrad remembers a brief chat he had with Myernick during the 2006 winter camp. “It was after the draw, so we knew who we had in our group. He started talking to me about how the Czech Republic played,” he said. “I started laughing because I hadn’t made the team yet. I didn’t tell anybody about that comment because I didn’t want to jinx myself, but it did empower me a little bit to think that what I had done up to that point was good. I was doing the right things.”