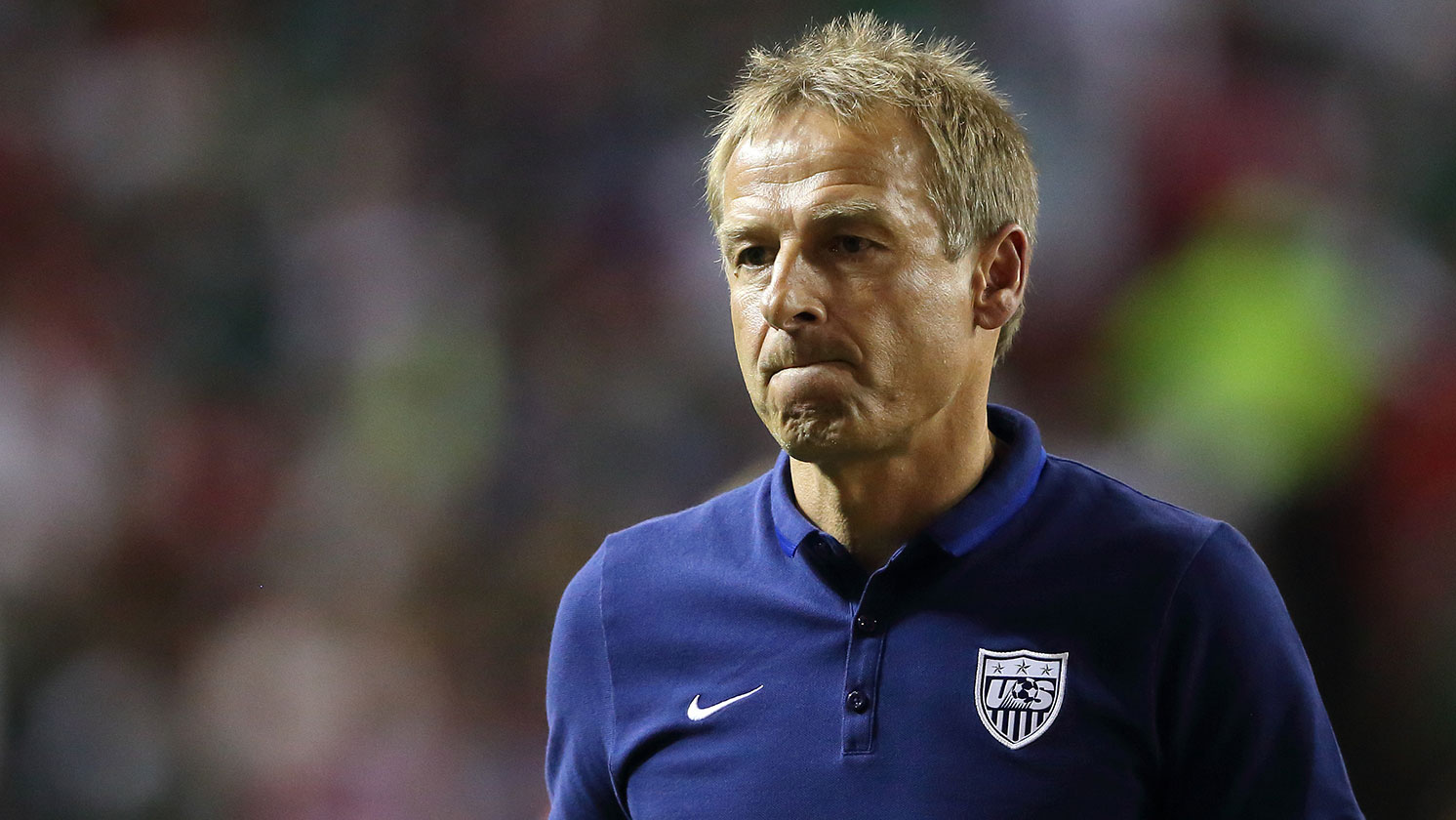 Well, that wasn’t supposed to happen. The United States men’s national team, which had reached the last five CONCACAF Gold Cup finals, fell, 2-1, to an active and inspired Jamaican team in last night’s semifinal in Atlanta. Their first home loss to the Reggae Boyz sends the Americans into Saturday’s sad third-place match against Panama, while Jamaica moves through to its first final against Mexico. Not winning the whole thing — let alone crashing out before the championship game — is an utter failure for the Red, White, and Blue. So, how worried should you, USMNT-adjacent person, be? Well, it depends who you are …

The good news is that the Americans definitely could, and perhaps should, have won. They managed to create 3.3 expected goals to Jamaica’s 0.8. The visitors scored on a long throw-in that led to a well-placed-but-flukish header and a bizarre (if correct) refereeing decision that led to a perfect blast of a free kick from Giles Barnes. Sure, the U.S. got pushed around at points, but I mean, Jamaica recently pushed around Argentina at points, too. The Americans dominated for long stretches and were unlucky not to tie the game in the opening 25 minutes of the second half.

The bad news is that they gave up two goals at home in the first half and lost a game against an inferior opponent. Launched by wins over The Netherlands and Germany last month, the Era of Good Feelings came crashing down. Then again, that brief period was more like a Gilded Age anyway — positive results putting a gold sheen on some lucky breaks that led to victories. While the defeat to Jamaica isn’t quite Black Wednesday, it continues the tradition under Jurgen Klinsmann of two steps forward, two steps back, a couple of steps sideways, and have we actually gone anywhere?

We know what the USMNT is at this point: a team that occasionally wins and loses games it shouldn’t. So freak out if it’ll make you feel better — it probably will — but there’s no reason to panic just yet.

There’s a growing consensus that the U.S. head coach should be concerned about his job security. I’m not convinced — and not just because of the ludicrous amount of money he’s owed — so I don’t think this loss will have much to do with anything. Despite plenty of suggestions to the contrary, this Gold Cup didn’t really matter. Still, that’s not to say the speculation about Klinsmann’s job is unwarranted.

Are the Americans better than they were four years ago under Bob Bradley, who, oh by the way, was fired after he lost the 2011 Gold Cup final to Mexico? If you lined up players one through 30 on the depth chart, the answer is probably “yes.” But how much of that is Klinsmann’s doing and how much is the natural growth of the U.S. program, the influence of MLS, and a variety of other factors? While Klinsmann has done an excellent job of recruiting dual nationals and spotting young talent like DeAndre Yedlin, his lineup choices are questionable, as is his insistence on playing guys out of position and repeatedly throwing some of these youngsters into roles they clearly aren’t ready for.

Although the American playing style he promised remains elusive, Klinsmann won’t be out of a job tomorrow, or the next day, or if the Americans fail to win on Saturday and then again against Peru in September. The German can sleep with both eyes closed unless the U.S. loses the Confederations Cup playoff in October and he loses the locker room, which, let’s not forget, has happened before.

Those were the days. Reality isn’t so fun, huh?

Brooks and Alvarado spent the Gold Cup as Klinsmann’s preferred central defenders, taking the place of the experienced duo of Omar Gonzalez and Matt Besler, who both started the last two games of the 2014 World Cup. The decision — going with potential over a known quantity — backfired repeatedly, as the young pair made numerous mental mistakes and too often tried to play their way out of trouble when they needed to clear the freaking ball upfield.1 Alvarado and Brooks are prone to lapses in concentration, which is understandable since they’re both 22, but well, they’re both still only 22! They might be the center back duo of the future; their claim to the center back duo of the present isn’t so clear.

At least Gonzalez made the Gold Cup roster. Besler, who struggled for Sporting Kansas City following the World Cup and then regained his form of late, made the preliminary roster but wasn’t in the initial 23-man group and didn’t get called in after the group stage. The lack of a knockout-round call seemed especially strange since the left-footed Brooks was suspended for the quarterfinal, and Besler, who is also left-footed, would have been an ideal replacement.

Instead, Besler watched as Gonzalez started next to Alvarado during the 6-0 demolition of Cuba and Brooks took back his spot versus Jamaica. Besler is only 28, and he’ll still be in his prime when Russia 2018 comes around, but Klinsmann appears content to focus on the younger players and cast aside a player who started every game in last year’s World Cup. This isn’t so much a worry as it is a confrontation of a disappointing reality: Despite the struggles of Brooks and Alvarado, Besler’s national team days might be numbered.

If you’d like to blame Wednesday night’s goals on Guzan, you can: He was a half-step out of position as Darren Mattocks’s header looped into the far corner, and the foul that set up the free kick was entirely his fault. However, you’d also be wrong. Mattocks got a lucky touch on the ball, and Alvarado and Brooks let him get between them. Plus, who the heck calls a goalie for throwing the ball outside the box? It wasn’t Guzan’s best performance, but he didn’t lose the game for the Americans.

More of a problem for Guzan is that Tim Howard decided that yesterday morning would be a good time to announce his return to the USMNT. The timing was curious, especially since we knew his national team sabbatical was only supposed to last a year. During Howard’s absence, Guzan was solid but not spectacular. (This isn’t how you judge a shot-stopper, but I remember more great saves from Nick Rimando than the Aston Villa man.) While only Klinsmann can make out the shapes in his Magic 8-Ball, it’s doubtful he still sees Guzan as the automatic first-string keeper.

Not worried at all. Even if he never gets another national team call-up, Mr. Last Minute has an excellent career as a hair model ahead of him.

‘Grantland Sports Podcast’: Maria Shriver on Her Mother, the Special Olympics, and ‘Brave in the Attempt’

‘Cheap Heat’ Podcast: Daniel Bryan on His Hazy Medical Status and His Future in WWE