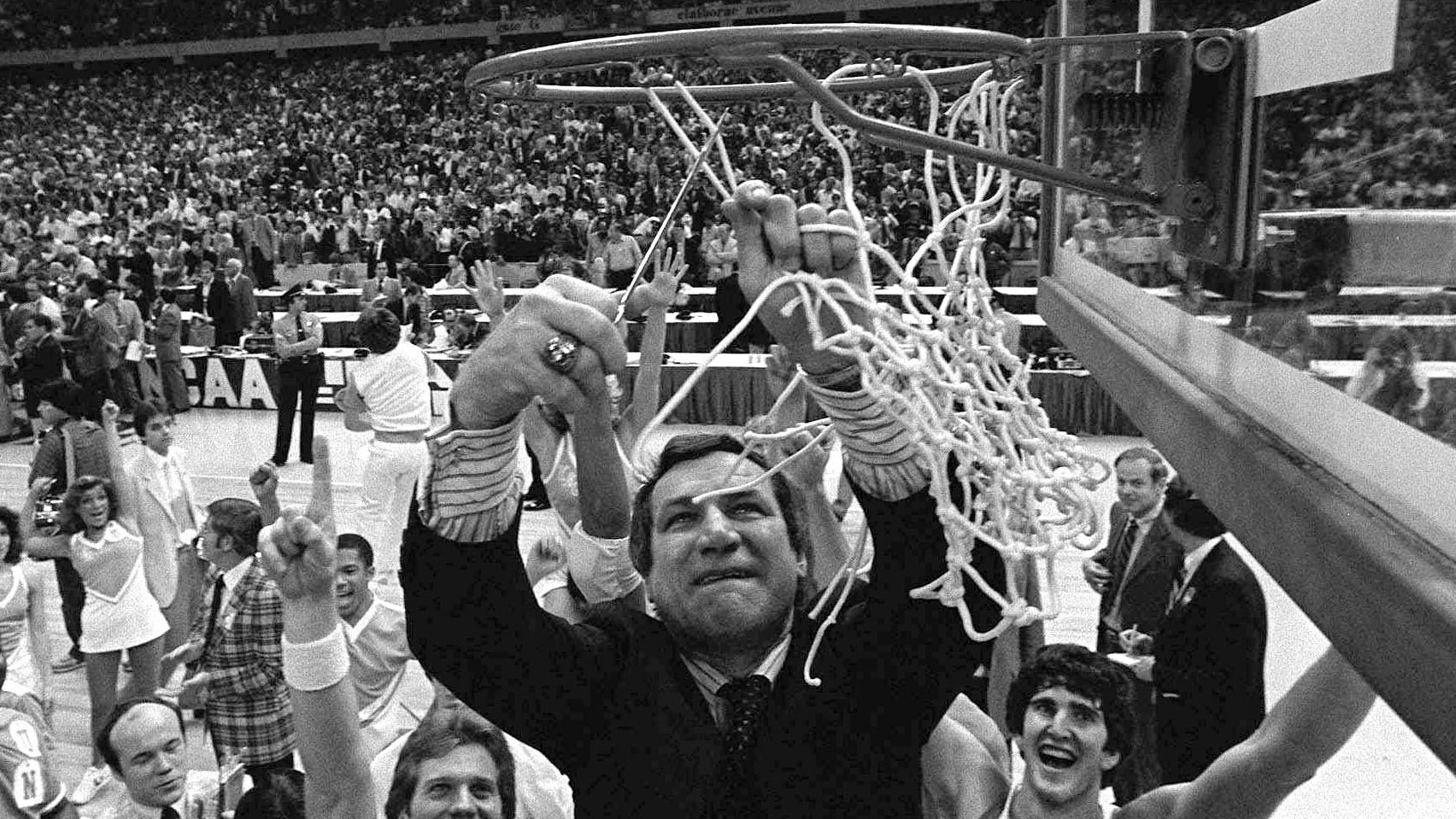 One year, when the Final Four was being held in Atlanta and it coincided, as it occasionally does, with Easter, my family and I went to services at the Ebenezer Baptist Church — the new one, across the street from the imposing place in which both Reverend Martin Luther Kings once preached, and in which Alberta Williams King, the wife of Martin Sr. and the mother of Martin Jr., was shot to death while playing the organ in 1974. The old church, still majestic, is now a National Historic Site. After the services, we walked across the street and into the sanctuary. It was cool and dark. Very few people were there.

As part of the experience of the site, recordings of sermons from both Reverend Kings are played in the sanctuary. Looking around, we saw a solitary figure sitting far in the back, his elbows on his knees and his hands folded. His eyes were closed. And he was listening to the recordings with great intensity. It was Dean Smith. I left him alone with his thoughts. He’d earned his private moments in this sacred space.

Before discussing his career as one of the three greatest coaches in the history of college basketball, we must deal with one aspect of Smith’s life that trumps all the championships, all the wins, all the losses, and all the great players who came his way. The fact is that, when this country was finally forced through blood and witness to confront the great moral crisis that grew out of its original sin, Smith was a winter soldier of the first rank.

His father integrated a high school team in Kansas in the early 1930s. Smith himself walked into a Chapel Hill restaurant as part of the first great wave of protests in the 1950s. He tried to recruit Lou Hudson, and then he did recruit Charlie Scott, blowing up the color line in the Atlantic Coast Conference forever. He brought Scott home to dinner, and he brought Scott to church, always the most segregated place in America, even, alas, today.

It’s hard today to imagine what profound moral choices these were when Smith made them. It’s hard today to imagine how easy it would have been for him to make a different choice, to go along and get along. Smith would have been a great basketball coach if he’d gone along and gotten along. He might have won 879 games eventually, after other coaches had made the choices and changed the world. But he would not have been the man he was, and that makes all the difference today.

Smith died on Saturday. He had been ill a long time with a form of dementia, and that is a fight in which I happen to have a particularly nasty dog. I know from my own family’s battles with this cruelest of all diseases, a disease that disappears the individual long before it kills the body, that the work of the kindest mercy is to become the memory that the person has lost. It is something atavistic in us, almost visceral, that awareness that the tribe needs to remember — and that the collective memory is always plural. We tell their stories, even to them, even while they are still alive, because we are their surviving memory, because the person already is lost.

So that is the memory I have of Dean Smith. That, one Easter morning, I saw him in a sacred place and that the air in the place was cool and solemn and as thick with history as the morning sunbeams were thick with dust. He was deep in the shadows, eyes closed, lost in his thoughts, listening to the powerful words of preachers long and sadly dead. I left him alone there and walked back out into the sunlight. 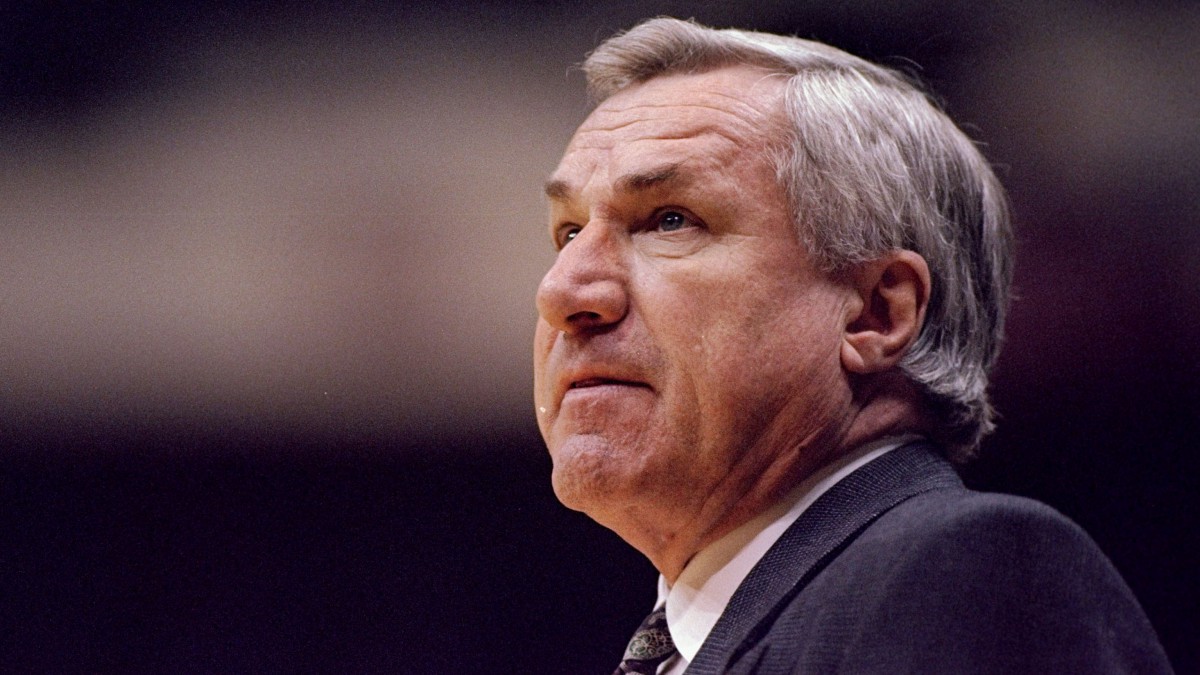 Let’s talk about the coach for a moment, though, because that was the heart of his story, the thing that enabled the world to hear the rest of it. There is the undoubted excellence. There are the wins. And there is the incredible array of talent that ran through his North Carolina program. (In the World Tournament of Alumni, I’ll take a five of James Worthy, Brad Daugherty, Vince Carter, Michael Jordan, and, what the hell, George Karl and go play anyone, except maybe John Wooden’s boys from UCLA.) But one of the most remarkable things about it is that, except for two of the most monumental mistakes in the history of college basketball, Smith might have had the game’s most obviously unfinished career. He won his first national title in 1982, when Georgetown’s Fred Brown tossed the ball to Worthy as the Hoyas were after the last shot. He won his next one in 1993, when Michigan’s Chris Webber had the mother of all vapor locks in the same situation. What it would have been like to have Smith retire without a national championship I have no idea — especially not in the win-or-die way we measure excellence these days — but it would have certainly been one of the greatest statistical anomalies of all time.

In style, Smith was the bench jockey’s bench jockey. He rarely rose, but he chewed on officials with the best of them. (Wooden was very much the same, according to a lot of people who played against his teams.) In fact, Smith remains only the second head coach ever to be ejected from a Final Four game (Al McGuire was the first), when he was asked to absent himself from the Hoosier Dome late in a semifinal against Kansas in 1991. He was the most famous sneak-smoker prior to the arrival on the national scene of Barack Obama.

All of which brings me to another Dean Smith story. On March 28, 1977, which actually was a rainy night in Georgia, his Tar Heels were contending with McGuire’s last Marquette team for a national championship. The Warriors had led by 12 at halftime, but they had frittered away that lead and North Carolina had caught them and tied the game. These were the days before the shot clock, children, and Smith had devised the four corners offense, which was essentially a very elaborate game of keep-away. His point guard, Phil Ford, happened to be a master of it. With Marquette on the verge of collapse, Smith went into the stall, and he did so with star freshman forward Mike O’Koren on the bench. Astonished by Smith’s move, McGuire had his team lay back in a zone, which allowed his players to catch their breath. Finally, with O’Koren at the scorer’s table hoping desperately to get back in the game, a North Carolina sub named Bruce Buckley took the ball to the basket. Bo Ellis slapped the shot away, and you could feel the momentum shift back again like the works of a great iron clock. Marquette won. It was the best sports night of my life, and I sent Smith a Christmas card every year after for the next five years. Really, I did.

He was very much an eccentric in his own way, and had his best days before the game was so homogenized and commercialized that the eccentricity was bled out of it. He coached at the same time as Bob Knight at Indiana, and Abe Lemons at Texas, and McGuire at Marquette. It was a game for poets then, not for the slick salesmen of the modern era. Some of them were beat poets, and some of them wrote epics. I always thought of Smith as one of those all-American craftsmen-poets — Longfellow, maybe, or Edgar Lee Masters. His lines were always perfectly metered. Lord, how his game always rhymed. 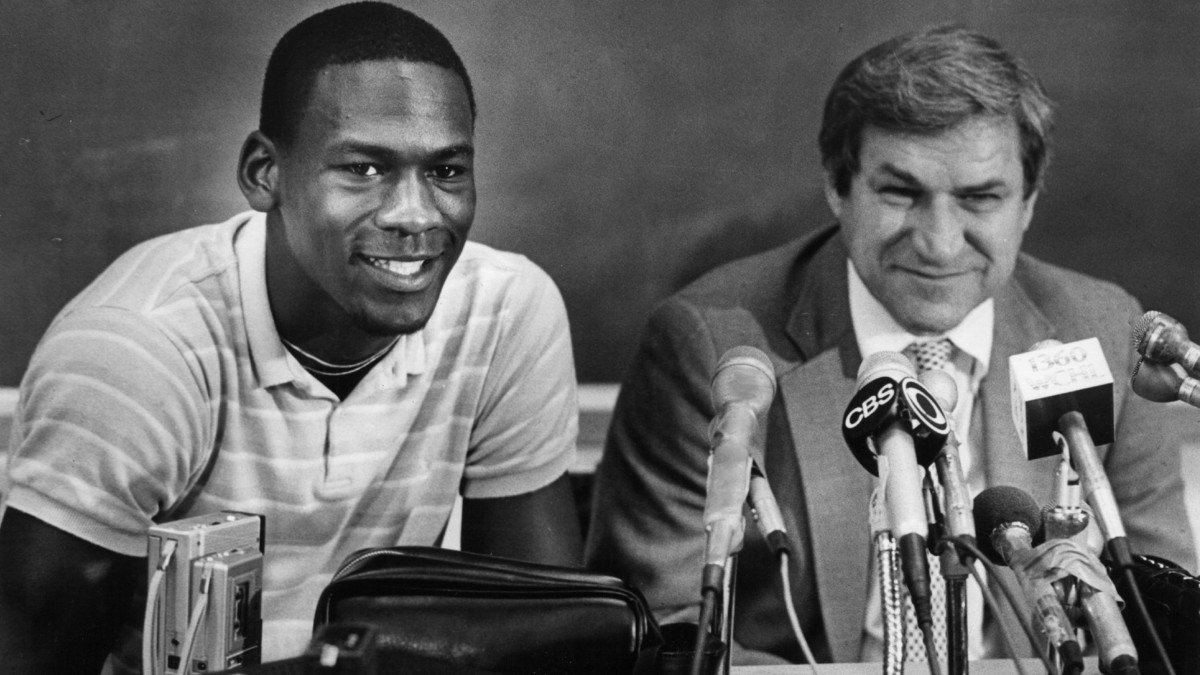 As I grow older, I grow impatient with the impermanence of memory, with history now considered to be whatever came over your iPhone 15 minutes ago. It is inadequate to what we are. It truncates the collective memory, and that is never a good thing. We are each other’s stories, all of us. We keep other stories alive so we can be assured that ours will stay alive too. That is the most devastating thing that happens with the disease that took Smith’s life. If we’re not very careful, and if we don’t make sure to keep the memories we have that are lost to the person with the disease, it breaks that cycle of collective memory and we are all less for that. I learned that watching this disease invade my own family, and it is why I try so very hard to remember my father’s voice, even though it’s mainly lost to me now.

So remember Dean Smith however you wish — as a coach, as a teacher, as a reluctant celebrity, or as a friend. For me, I will remember him in the cool shadows of the sanctuary on a bright Easter morning, listening to the words of men long dead and gone. I remember him there now, for his sake and for my own. I remember him there in the small piece of a very sacred place that his life had earned.