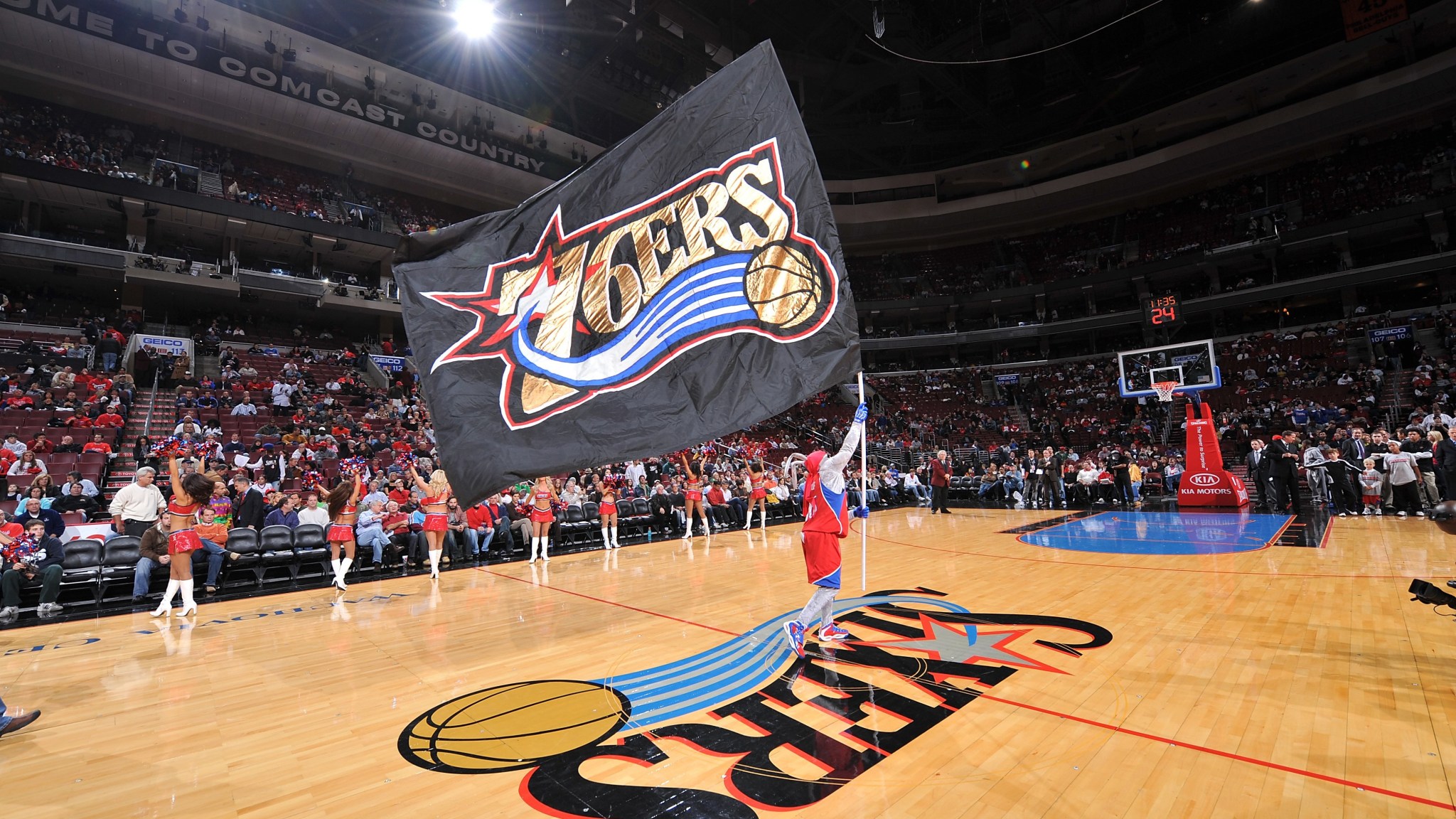 It has been a dark few years for the mascot community. The Raptor, one of the league’s beloved tricksters, tore his Achilles before the start of last season.

The Pelicans had to redesign their mascot, Pierre, after the first version looked like a ghoulish bird clown.

The Brooklyn Knight was terminated.

Robin Lopez has continued his assault on the entire mascot community unchecked. He can’t be bargained with. He can’t be reasoned with. He doesn’t feel pity, or remorse, or fear. And he absolutely will not stop, ever, until all the mascots are dead. And yet, Adam Silver will not act.

The Sixers’ mascot chaos has hovered in the background of these dreadful events. Philly in 2011 discontinued Hip-Hop, a sunglasses-wearing bunny rabbit with a Poochie-style IN YOUR FACE attitude. Several months later, the team asked fans to choose between three potential new mascots: a brown dog creatively named B. Franklin Dogg; a moose; and a dunking Ben Franklin. The team ended up choosing none of the three, and it has been without a mascot since.

Until now. The Sixers are set to unveil a new mascot this week, and they confirmed its identity to Grantland over the weekend: a fluffy blue dog named Franklin.

The Sixers consulted several experts, including Dave Raymond, the original Phillie Phanatic, but they handed most of the creative duties to 1,000 kids ages 6 to 10 in the Delaware Valley, says Tim McDermott, the team’s chief marketing officer. The team’s research showed that most fans become fans within that age range, and so the Sixers decided to build a mascot kids that age would like.

Team officials met with the kids in groups and started by showing them about 40 designs to get a sense of the cohort’s general tastes. Some of those designs were already in existence — actual mascots, superheroes, and other known characters, McDermott says. Some were original renderings. There were multiple Ben Franklins and other characters that played on Philly’s colonial and Revolutionary history.

The team asked the kids everything: Should the mascot have fur? What color should it be? Should it dunk? Should it be tall? Fat? Short?

The team revised designs and narrowed the field after each round of meetings with local kids. Ben Franklin was out, but dogs were in. The kids liked fluffy things and blue things, and the Sixers zeroed in on the Franklin character. It was among two finalists; McDermott won’t disclose the other, but he says he had guessed the kids would have chosen it over Franklin the dog. They didn’t, and so the Sixers’ on-court representative will be a big, furry, blue dog called Franklin. Ben Franklin himself might not be of much interest to young children, but the Sixers are at least naming the mascot for him.

Franklin will not have a last name or some funked-out middle initial. He is not Franklin D. Dogg. He is just Franklin, and we are thankful for that bit of understatement.

He will dribble, and dunk, and do all the crazy stunts fans expect of mascots now, McDermott says. He won’t need a sleek alternate costume for those things; the fluffy one is designed to accommodate full mascot freedom.

And in great news for people who enjoy objectively great things, there will be an inflatable Franklin.

Franklin will be the third mascot in Sixers franchise history, after Hip-Hop and the long-departed Big Shot — a fuzzy blue cousin of the Phanatic. He is part of an effort by the Sixers new-ish owners, who bought the team in 2011, to amp up the in-arena experience. They invested in one of those cool 3-D courts, resurrected one of the all-time campy team theme songs in sports, revamped the dance team, and finally replaced Hip-Hop. A cynic might point out that a franchise in Year 2 of an unprecedented multiyear tanking scheme is exactly the sort of franchise that should distract fans with wizardry, but the magical mascoting world is no place for cynicism.

We are now down to five teams that lack a mascot: the Nets, Clippers, Knicks, Lakers, and Warriors. The Knicks and Lakers enjoy being the old-school snoots, and no one ever knows quite what the Clippers will do. The Nets are still recovering after throwing millions at the question and coming up with a spandex-clad knight who drove a van that looked like it contained the remains of kidnapped children.

Good news: Sources say the Warriors have made significant progress in their own quest to create a new mascot, and that they could have one on the floor as early as next season.

The clouds are clearing. We might be entering a golden age of mascots, and at the very least, Franklin and the unnamed Golden State mascot give the community more bodies to throw at Lopez when he least expects it.