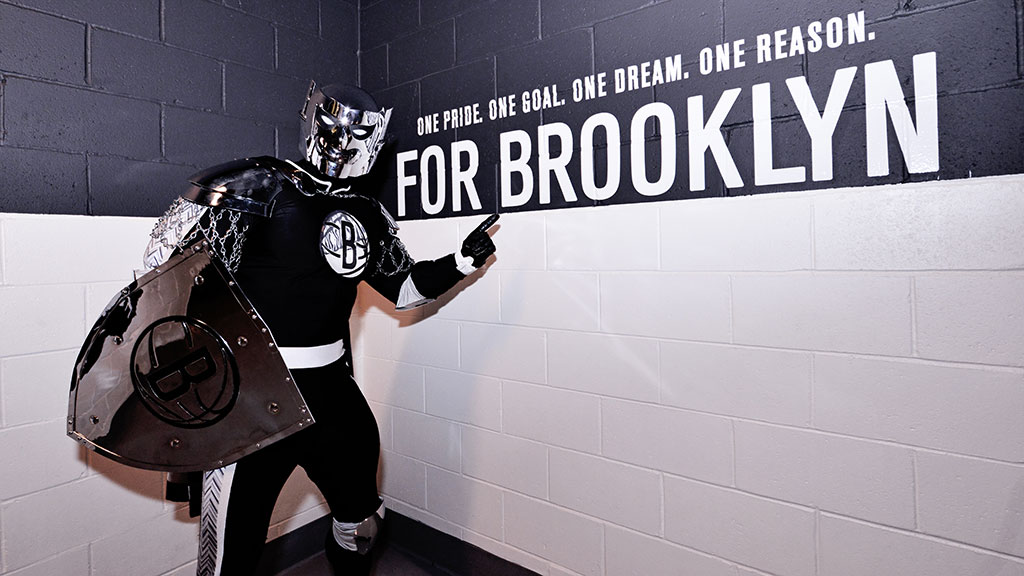 It has been a trying year for the league’s mascot community. It started when the Raptor, one of the three or four best mascots in the league, tore his Achilles performing a trick at a team event. Toronto thought he would miss the whole season, and commissioned a dinosaur friend, Stripes, to fill the Raptor’s void. Stripes got the name because he has stripes on his skin.

Kevin Vanderkolk, the man who has long played Bango the Buck, one of the league’s daredevil mascots, is moving on, though the Bucks have hired a capable replacement. The cracked-out Coyote in San Antonio always loses his pants, but in one horrifying collision, he lost his vision when the impact flipped his eyes 90 degrees into some hideous mutation.

The Pelicans had a chance to light the mascot world on fire in unveiling their new guy, Pierre, who merely had to look like a pelican and have a fun personality. The team instead opted for a neon yellow bird with a red Mohawk and garish makeup, a cross between a Mad Max character and the clown from It. Pierre was frightening, to children and adults alike, and the Pelicans had to rush a friendlier redesign ahead of All-Star weekend in New Orleans.

The Sixers haven’t had a mascot since Hip-Hop the rabbit, the NBA’s Poochie, was forced into retirement. The Lakers, Knicks, and Warriors have long been out of the mascot game, though at least one of those teams is flirting with the idea of getting into it. The only bright spot has been the return of Hugo the Hornet, a turquoise bug with a jelly belly, a feisty personality, and a superhero alter ego with the balls to jump through rings of fire.

But the biggest news came last night, when Grantland got word of a mascot blockbuster: The Nets have informed the person who plays the Brooklyn Knight that he will not return next season, and that the Knight itself is likely headed for an indefinite hiatus. We may never see him again.

The Knight was a disaster, and that had nothing to do with the fellow who played him. He’s by all accounts a nice person who takes his job seriously, and the Nets did not put him in a position to succeed. Some teams are more permissive than others in allowing high-degree-of-difficulty tricks and fan interaction that pushes the envelope — aggressive “attacks” on enemy fans, leering at women, pestering security guards and referees. The Nets have not been one of those teams.

The Knight itself was the mangled result of an expensive consulting deal with Marvel and a breathless roll-out that heightened anticipation for a game-changing take on the mascot genre. Instead, we got a dude in a black spandex suit.

That’s really what the Knight was. Yeah, he had a shiny mask, some Batman-style chest muscles you couldn’t even see, and a silver shield with a “B” on it. But he was really just a guy in plain black spandex. The pricey construction project spit out a product that looked cheap, almost homemade.

The mask didn’t help. Mascots are supposed to be funny, and they convey a lot of that humor with ridiculous heads and faces. The Coyote has those caffeinated green eyes. Benny the Bull is furry and red, with eyes that are preposterously wide and weirdly close together. He always looks surprised and thrilled. The Cavaliers mascot, Moondog, is a friendly-looking dog. What kid wouldn’t like that?

The Knight looked vaguely menacing, hiding behind a mask that left bright silver slits for eyes. Superheroes hide behind masks, but so do muggers and bank robbers. The eyes sometimes appeared to glow, which is disconcerting, like a White Walker carrying a basketball. (Yeah, I’ve tried Game of Thrones. It’s kind of silly so far, but everyone assures me it will get better.) He couldn’t smile. It was legitimately jarring to turn the corner in the bowels of Barclays Center and suddenly come face to face with the Knight.

It didn’t help that the Knight had his own personal van, a midsize black job with a giant portrait of the Knight staring menacingly at you, eyes aglow.

I mean, look at that! His eyes are focused inward, as if his gaze is zooming in on you. He appears to have a silvery smile that looks skeletal. It’s as if the van were designed to frighten children. Anyone who owns that van should be subject to a court order mandating they go door-to-door to every house within a one-mile radius of their home, explaining who and what they are.

So now the Knight is gone, banished to his demented Bat Cave, leaving this as probably his signature highlight:

The Nets will have to start again from scratch if they want a new mascot at some point. The lazy solution would be to return to Sly Fox, the sneering, guitar-shredding gray fox they used in New Jersey.

Meh. On one hand, the team is named for an inanimate object, a Net, with no obvious human or animal representation. It’s a dumb name, but it also opens the door for the mascot to be pretty much anything. The mascot of Dartmouth College is a freaking color, the Big Green, and students have responded by adopting a beer keg with googly eyes as the unofficial mascot.

The Nets could go that route, somehow building a walking chain-link Net with eyes and a body. They could do anything, really, Their team name might as well be the Brooklyn String or the Brooklyn Baskets. The Suns have a gorilla, which only relates to the sun in that all living beings require the sun to live, and the gorilla is a living being. The Thunder have a bison of some kind. The Jazz have a bear, and the Magic have a dragon.

But Sly Fox represents Jersey mediocrity, even if the taxed-out Nets could sign him for the veteran’s minimum. The Nets are aiming for Brooklyn cool. The Sixers considered a dribbling, dunking Ben Franklin, and Brooklyn could go that route with any number of famous historical New Yorkers. But they’d likely want something Brooklyn-specific, which makes for slim pickings.

They might revisit the superhero motif with Marvel or some other design company. They could go with a giant subway rat, or a pigeon, or some other New York-y animal.

But they could also look at the failure of the Knight as a first step toward changing the team name to something that really resonates. The Nets have arguably the worst name-mascot in the league. Having pro sports in Brooklyn is a big deal, an event, and the team should have a name that evokes a combination of majesty and old-school, Dodgers-era nostalgia.

There have been rumors of a possible name change since Jay Z became a minority owner, and they only ramped up when Mikhail Prokhorov purchased most of the team and green-lit a move to Brooklyn. The time for change is now. May the Brooklyn Knight rest in peace.