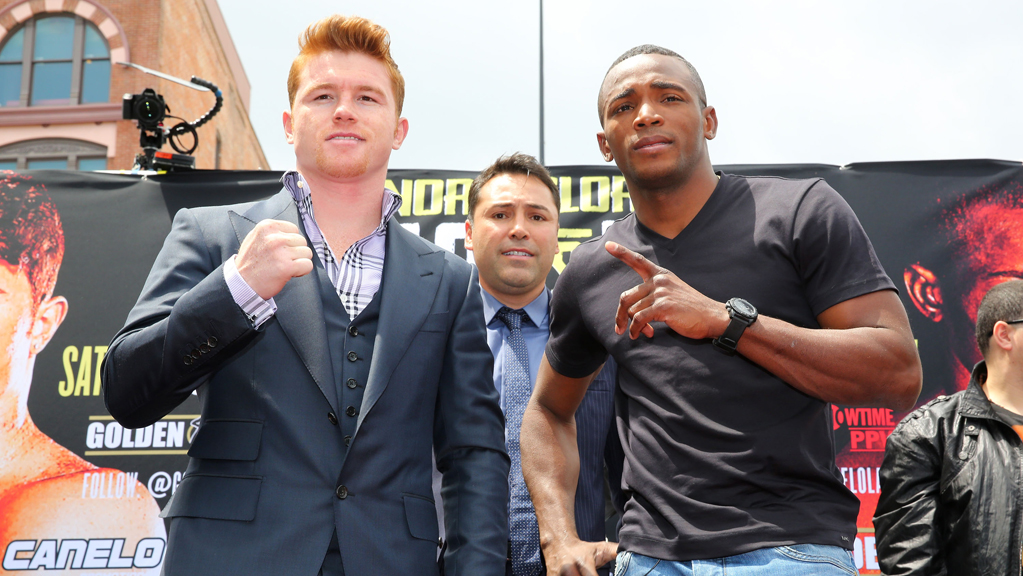 In 2012, Grantland introduced the boxing Relevance Rankings, an attempt to combine pound-for-pound talent with marketability to rank fighters according to their overall clout in the fight game. The Relevance Reports are a way to keep that franchise alive, a semiregular grouping of a handful of fighters who fit within a certain category. This installment will consider world-class fighters who pose more risk than reward to their potential opponents. (To see the current overall Relevance Rankings, scroll to the bottom of the page.)

You couldn’t have blamed Oscar De La Hoya if, after establishing himself as boxing’s biggest star outside the heavyweight division by the mid-’90s, he had just coasted on his marketability, played golf, made millions for appearing in not-at-all-awkward workout videos, and avoided all opponents who posed a serious threat to his handsome face or his ring record. But, perhaps motivated in part by his “pretty boy” status and the skepticism that it engendered, De La Hoya took on almost every elite fighter of his era. Oscar lost his share, but his willingness to match himself tough silenced most of his critics and elevated the sport.

Saul “Canelo” Alvarez is shaping up to be an Oscar for the post-Oscar era, a heartthrob with a fighting heart who demands that his promoter (who just happens to be Oscar De La Hoya) match him tough. Alvarez could milk his popularity against made-to-order opponents — and he has on occasion, such as last time out against Alfredo Angulo. But more often of late, he has taken on boxers who looked all wrong for him. Austin Trout was an undefeated southpaw fresh off a dominant win over Miguel Cotto, and Canelo insisted on fighting him over his promoter’s objections. Floyd Mayweather is the best fighter in the world, and, sure, the payday that Canelo got for fighting him more than justified the certain defeat, but that payday would have still been there if the 23-year-old Alvarez had wanted to wait a bit longer. And on Saturday, Alvarez faces Erislandy Lara, another southpaw, one who beat Trout much more convincingly than Canelo did. Lara is exquisitely skilled, can pop a bit, and would be undefeated if not for a decision so unfathomable that it got the judges suspended.

Every weight class in boxing has its Laras — quality fighters with difficult styles who don’t bring much to the table in terms of name recognition. Not every weight class has a Canelo, a superstar willing to take unnecessary risks out of sheer pride and self-belief (and a safety net in the form of friendly judging).

The risk-reward equation doesn’t always balance out. Here are the five current boxers who most tip it in the wrong direction: 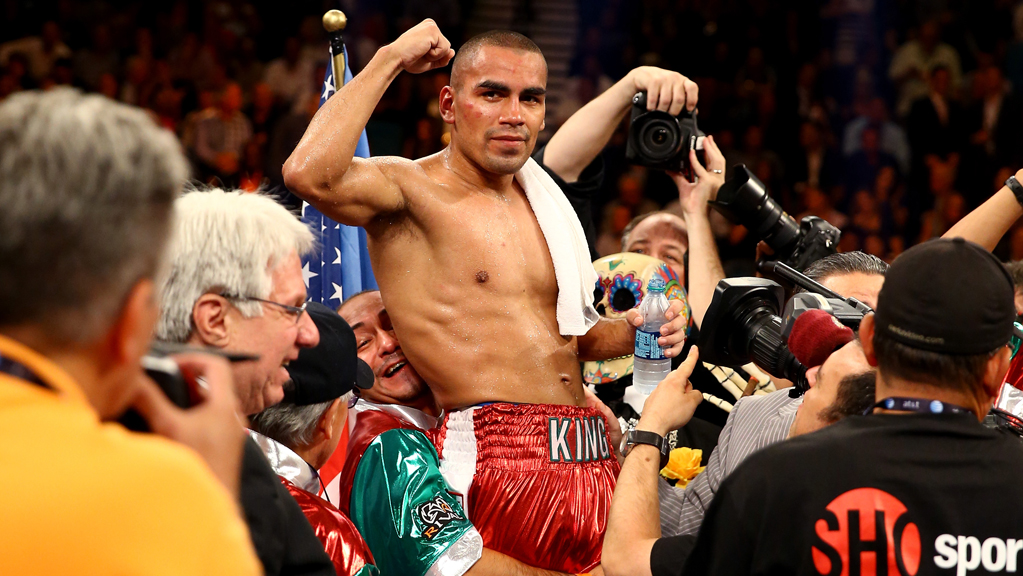 I’m not sure if I prefer to think of Molina as “forgettably effective” or “effectively forgettable.” From his competent-at-everything/exceptional-at-nothing skill set, to his ugly 76 percent victory rate and 21 percent KO rate, to his generic name (he has to be described as “the junior middleweight Carlos Molina” to differentiate from a smaller Carlos Molina who fought Amir Khan and Adrien Broner), Molina is destined to spend his career underrated. And underrated equals underhyped, which tends to equal underpaid and overlooked.

Making matters worse for Molina is the fact that his arms seem to routinely find themselves grabbing the arms of his opponents, and guys who hold and hug don’t draw enthusiastic crowds (unless they relocate to Germany). But look at Molina’s record. Almost all the losses are by split or majority decision against undefeated fighters, and the only two blemishes on his résumé post-2007 are a disqualification on a bogus technicality in a fight he was winning against James Kirkland and a draw against Lara. Molina has the best argument of any Lara opponent that he actually beat the Cuban. But while Lara is getting his crack at Canelo, Molina has to labor on against the likes of Cory Spinks, Ishe Smith, and Cornelius Bundrage. Legal problems certainly haven’t helped. For top junior middleweights, there’s almost no upside to fighting Carlos Molina. Quiet competence doesn’t sell. 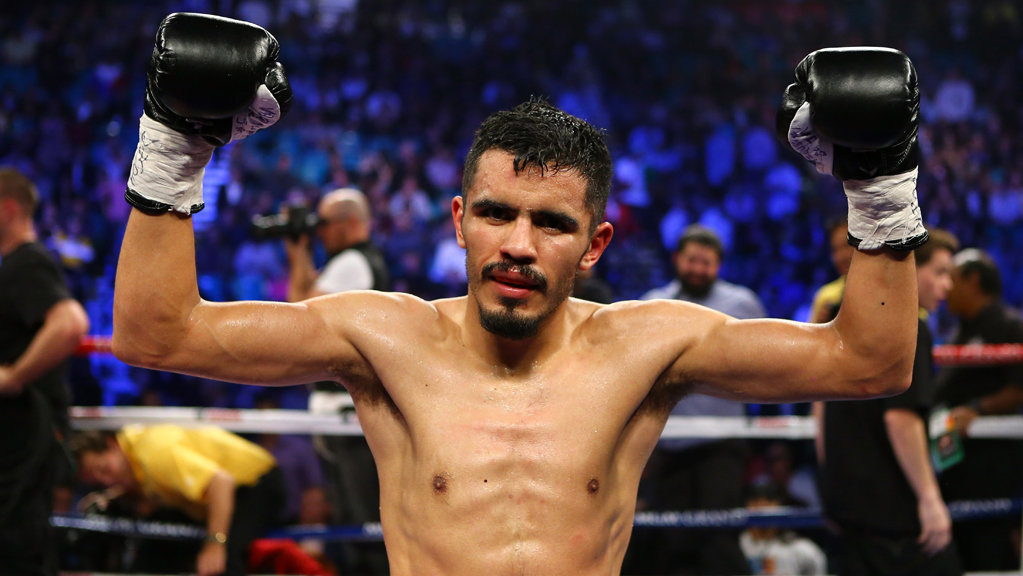 If reading about Vazquez is anything like watching Vazquez fight, then it’s something you don’t want to do for long. So I’ll keep this brief: He might be the best 135-pounder in the world (if not, he’s second only to Terence Crawford), and he might be the most boringly defensive fighter in the game (if not, he’s second only to fellow lightweight beltholder Richar Abril). All three of Vazquez’s defeats came on points against boxers in the Relevance Rankings top 20: Canelo Alvarez twice, Timothy Bradley once. The last of those defeats came in 2008. Since then, the wiry Mexican has jabbed, feinted, mugged, and hugged his way to 13 straight wins, and I’d tell you more about those wins, but I’ve erased them from my memory.

The only image of Vazquez worth holding on to is this one of him signing a contract to be represented by boxing’s Manager of Mystery, Al Haymon, at a McDonald’s, without Haymon present: 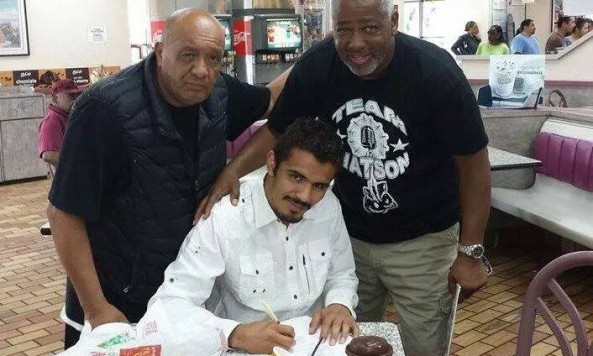 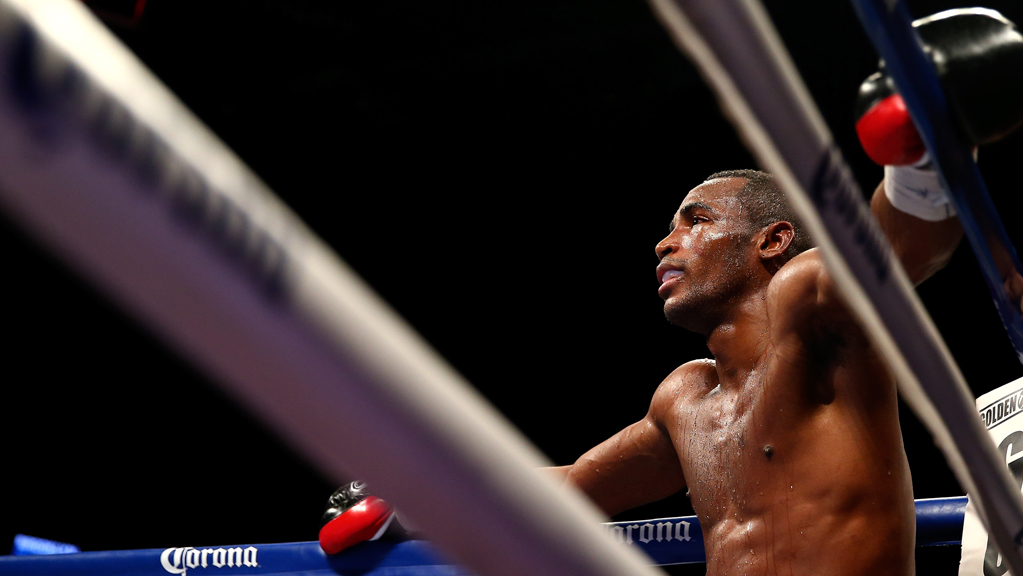 Lara has his share of standard boxing prejudices working against him, as a skilled southpaw developed in the Cuban amateur system. But he’s actually quite capable of providing action, such as in his off-the-floor-twice win over Angulo and the brutal hammering he put on Paul Williams en route to that 2011 “defeat.” He tends not to help himself, however, when he becomes inactive for a few rounds of every fight and opens the door for punch-counting judges to score against him. He falls just short of looking dominant enough to create demand for big showdowns and just short of looking vulnerable enough for potential opponents to call him out.

And yet Canelo is fighting him this Saturday on a Showtime pay-per-view that rates to make nobody particularly wealthy. That means we can’t call Lara one of the most ducked men in the sport, but it doesn’t change the fact that he probably should be. 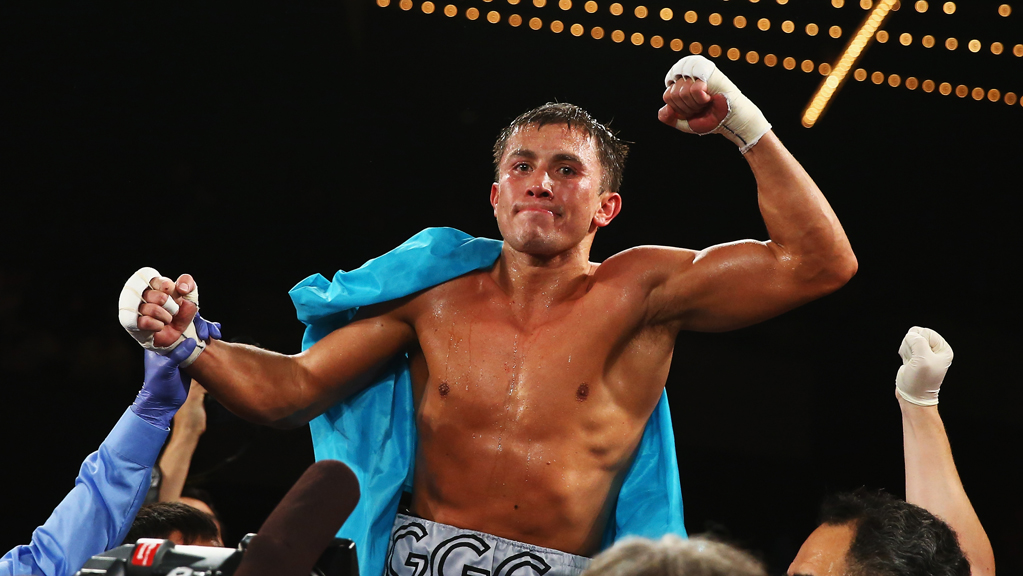 With his American exposure steadily building (he makes his fifth HBO appearance later this month) and his knockout streak now extended to 16, Golovkin is nearing that point where fighting him will come with real financial reward. But no matter how large that reward becomes, it might not be worth the risk.

Say you’re Miguel Cotto, the lineal middleweight champion. You could make eight-figure paydays against Floyd Mayweather or Canelo Alvarez. The latter is a fight you could realistically win; the former is a fight in which you probably wouldn’t get beaten up badly. What incentive is there to defend against a full-fledged middleweight whose punches make people do this and this and this?

You could make the case that fellow Soviet bloc beast Sergey Kovalev presents the same unfriendly risk-reward ratio as “GGG,” but Kovalev isn’t multidimensional in the way Golovkin is, and at the moment, Adonis Stevenson is the only top light heavyweight going out of his way to avoid Kovalev. Golovkin has almost the entire middleweight top 10 ducking him at all times. It’s possible that Cotto will grant him a shot at the championship in the next 12 months or so, but if he does it will be a statement on the kind of honorable warrior Cotto is more than anything else. 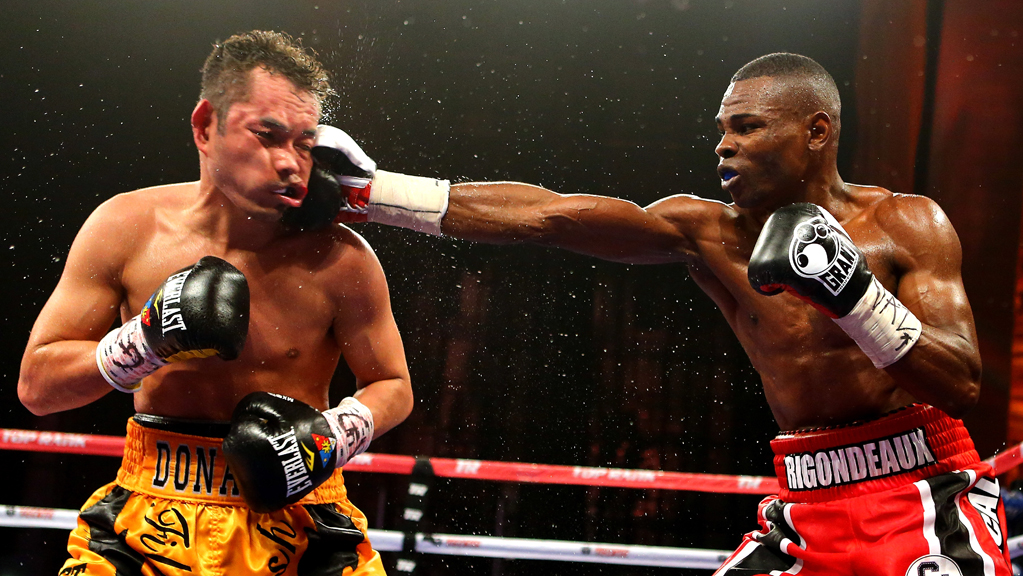 Remember that prejudice against skilled Cuban southpaws? Rigondeaux brings it all to life in the worst ways. Now, I happen to feel his career-best win over Nonito Donaire in April 2013 was reasonably entertaining (save for a few rounds in which Rigo got on his bike), but I’m in the minority there. It’s generally pointed to as an example of how not to send fight fans home happy. Rigondeaux’s own promoter, Bob Arum, even used it as an excuse to knock his own fighter and try to absolve himself of all blame should he have trouble securing future opportunities for the best junior featherweight in the world.

Rigondeaux is a nightmare opponent given his speed, reflexes, slightly underrated power, and ability to ignore the boos. The only greater risk than fighting Rigondeaux if you’re a 122-pound contender is trying to pronounce his last name if you’re a former heavyweight champion. Rigondeaux is in the conversation for greatest amateur fighter ever, he’s easily a top-10 pound-for-pounder after only 13 pro fights, and yet he’s fighting on prospect Zou Shiming’s undercard in Macau in two weeks. And while Shiming’s fight will be carried in the States on HBO2, Rigondeaux’s will air on tape delay on UniMas’s Solo Boxeo Tecate, the boxing equivalent of being the playoff game relegated to NBA TV. His ability and his promotability just don’t line up — especially in the mind of his own promoter.