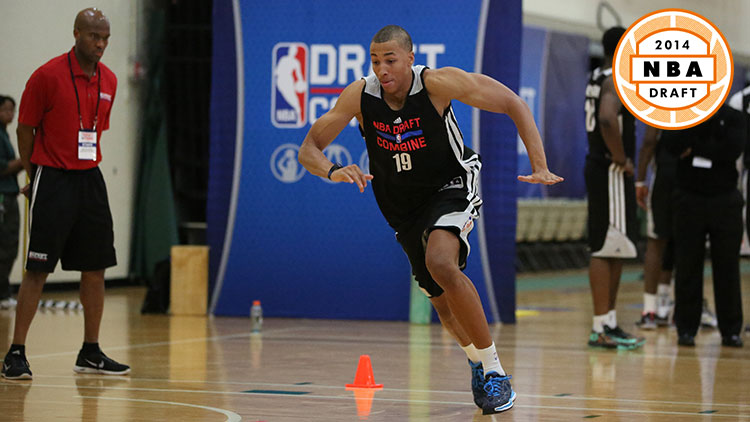 Twenty-three. That’s the number of games Australian prospect Dante Exum has played against top-level international competition in his age group since 2012. That includes two age-specific FIBA World Championships (U17 in 2012, U19 in 2013), the 2013 Nike Hoop Summit, and five games in the 2012 Adidas Nations tournament. It’s the jersey number of Michael Jordan, with whom his father, Cecil Exum, played at the University of North Carolina from the 1982 season to 1984. Exum had a poster of Jordan hanging on his dorm room wall at the Australian Institute of Sport. And if my lofty, year-old prediction on the Grantland office whiteboard of quotables rings true, it’ll be the age during which he’s universally regarded as a great NBA player.

There’s a long road ahead for Exum. He has no professional basketball experience. The closest taste of pro ball he has is the two games he spent benchwarming for the Australian national team (which included current NBAers Patty Mills and Matthew Dellavedova) in the 2013 FIBA Oceania Championship. Exum is the least-known and least-experienced international player to ever be considered a top-five NBA draft prospect. He could be selected as high as no. 2 this Thursday.

Where we are with Exum we swore we would never return. Soon enough, all eyes will be on Dante, a player talented enough to dredge up memories of the NBA draft’s dark age — a time of misplaced optimism, nonexistent due diligence, and crippling regret. Eleven years after Darko Milicic was selected no. 2 in one of the three best drafts of all time, Exum will walk a similar path, though it will be years before we know if he’s bound to a similar fate. Call it a failure of the YouTube era. Or maybe it’s a realization that we haven’t yet reached the final frontier of scouting in the Internet age. If nothing else, Exum will force us to revisit the (out)house that Darko built.

But that’s the thing: Darko played professionally as a teen at KK Hemofarm, banging in the post against guys a decade his senior. Exum only has those 23 games — less, once you factor in how little teams put into scouting the guy initially. How you feel about Exum’s chances depend on whether you’re willing to accept quality over quantity when it comes to a prospect’s experience. When Chad Ford flew to Vrsac, Serbia, to talk to Milicic in 2003, Darko peppered him with questions about the hype surrounding LeBron James. Is he the next Magic, the next MJ, the next Kobe? Milicic was a professional basketball player, but was never afforded the opportunity to see himself in the context of his draft mates — the Hoop Summit, where Exum made his national television debut, had a three-year hiatus from 2001 to 2003. Exum, on the other hand, has measured himself up against prospects of three different draft classes. He’s played with or against the likes of Anthony Bennett, Andrew Wiggins, Jabari Parker, and Jahlil Okafor, the 2014 consensus no. 1 American college recruit. Experience is relative. Still, Darko casts a shadow over Exum. NBA executives know their history and understand the ramifications here. That’s why, beyond Joel Embiid, the gatekeeper of this draft, the Dante Exum situation is the most interesting of all the potentially franchise-altering decisions to be made come June 26. 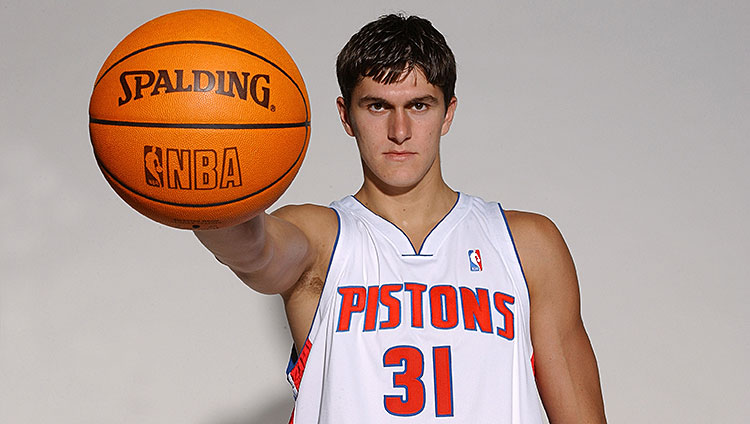 Darko told Chad Ford in 2003 that he plays like Kevin Garnett; an NBA executive told Ford he saw Hakeem in Milicic. A cursory search for Dante Exum comparisons will lead you to Penny Hardaway or a what-might’ve-been Shaun Livingston; on Saturday, Ryen Russillo tweeted that a number of GMs saw Scottie Pippen in him.

Exum’s potential feels like a dangerous temptation. Though that honestly says more about us than him. A blind imagination is as much the devil’s plaything as idle hands. In the media scrum during the NBA draft combine, Exum was in full control. He recognized the advantages and disadvantages of being more idea than prospect. “I guess I stay hidden, in a way,” he said with a laugh. Later he compared himself to Russell Westbrook and Manu Ginobili. Brilliant. Dance like no one is watching, love like you’ve never had your heart broken, and self-mythologize like no one has ever seen you play.

To believe in Exum’s self-comparisons, you have to recalibrate your understanding of what makes a great athlete. On the x-axis, Exum might be peerless; there isn’t an NBA player 6-foot-6 or taller who is faster than Exum. On the y-axis, he is decidedly average. His 34.5-inch max vertical leap at the combine confirms as much. He’s more likely to jump into a defender to finish a play than jump over him. It doesn’t make for riveting mixtape fodder, but the ability to get to where he wants to be on the court when he wants means a lot more.

Besides, the Westbrook comparison is as much about his insistence on getting to the rim as it is his almost mythical endurance. Exum’s been training for the draft since the All-Star break, with no games to conflict with his workouts. If he isn’t the most well-conditioned prospect, he’s close. A month ago, Exum uploaded an Instagram video of his maximal oxygen uptake test, where you get to run on a treadmill and pretend you’re a living, breathing H.R. Giger creation. He’s marketing himself as a player who will be able to get into the lane at will. The league will always need more players of that ilk.

But is he a point guard? Allow Exum to explain: “I’m a get-to-the-rim type of player,” he said at the combine. “I beat my man off the dribble and try to draw help to find open players. I guess that’s what puts me in a good position to be a point guard. Also, to be that kind of vocal leader — I can have that voice to say to players what needs to be done; the voice on the court for the coach.”

Watch enough YouTube clips and you’ll see his nascent point guard skills, sucking in defenses and kicking out, much like you’d see from a player like John Wall. There aren’t any mixtapes featuring Exum’s vocal leadership, and it’d be easy to chalk that up as just another abstraction in a body full of them. But first, allow me to take you back to August 6, 2012, inside the Hall of Champions Gym in Long Beach, California.

It was the Adidas Nations tournament consolation game between Team Australia and a team made up of U.S. players from the high school class of 2014. Australia was on the verge of trailing big in the third quarter, and I saw a look of frustration on Exum’s face. After breaking from the coach’s huddle, Exum brought his teammates around him and pleaded for a stronger defensive effort. He led the way by pressing the backcourt each possession down for most of the quarter. He was the unquestioned leader, showing the type of authority the Boomers will eventually need from him as the future face of the national team. He’d just turned 17 a few weeks earlier.

Sorry, I don’t mean to overstate the moment — it wasn’t much, but it wasn’t nothing, either. It’s a small detail, but it’s among the first things that come to mind when I think of Exum. A broad stroke needs shading and blending to be something more.

I have a recording of the 2012 FIBA U17 World Championship final game saved on my computer. I still watch it from time to time. Exum was 16 then, 6-foot-4, and scrawnier than he is now. In flashes here and there, he made it clear there was something special about him, even as he moved around on the court like he’d just discovered his appendages the day before. He had 21 points in the game. He opened the third quarter with six points in 40 seconds. One of the plays in that 40 seconds was a breakaway dunk in which he leapt and quickly turned his head away from the rim, like he was flinching. You can see it in the clip below, starting at 1:37.

Moments like those are why I chose to keep the recording — awkward, innocent moments that serve as a baseline for how much he’s grown since. Before there was even an idea to self-mythologize, there was that U17 final, when he danced like no one was watching.

It’s possible that Exum ends up being the best player in this draft. Having watched him both on the screen and in person over the past two years, I’d be more than willing to make that bet. Right now, your team’s executives are rewatching footage and reanalyzing his interviews in a last-ditch effort to piece together a complete-ish picture of him. They’re terrified of the projections running through their minds. If you’ve gotten this far, I have to imagine you’re feeling the same way. There is no other way to think about Dante Exum. Nothing at this point can be written or said or shown to quell those anxieties. It’s only a question of faith at this point. The idea of Dante Exum is trapped in a Darko Milicic—size fun-house mirror. I’ll be rooting silently for the team that closes its eyes and shatters the glass.