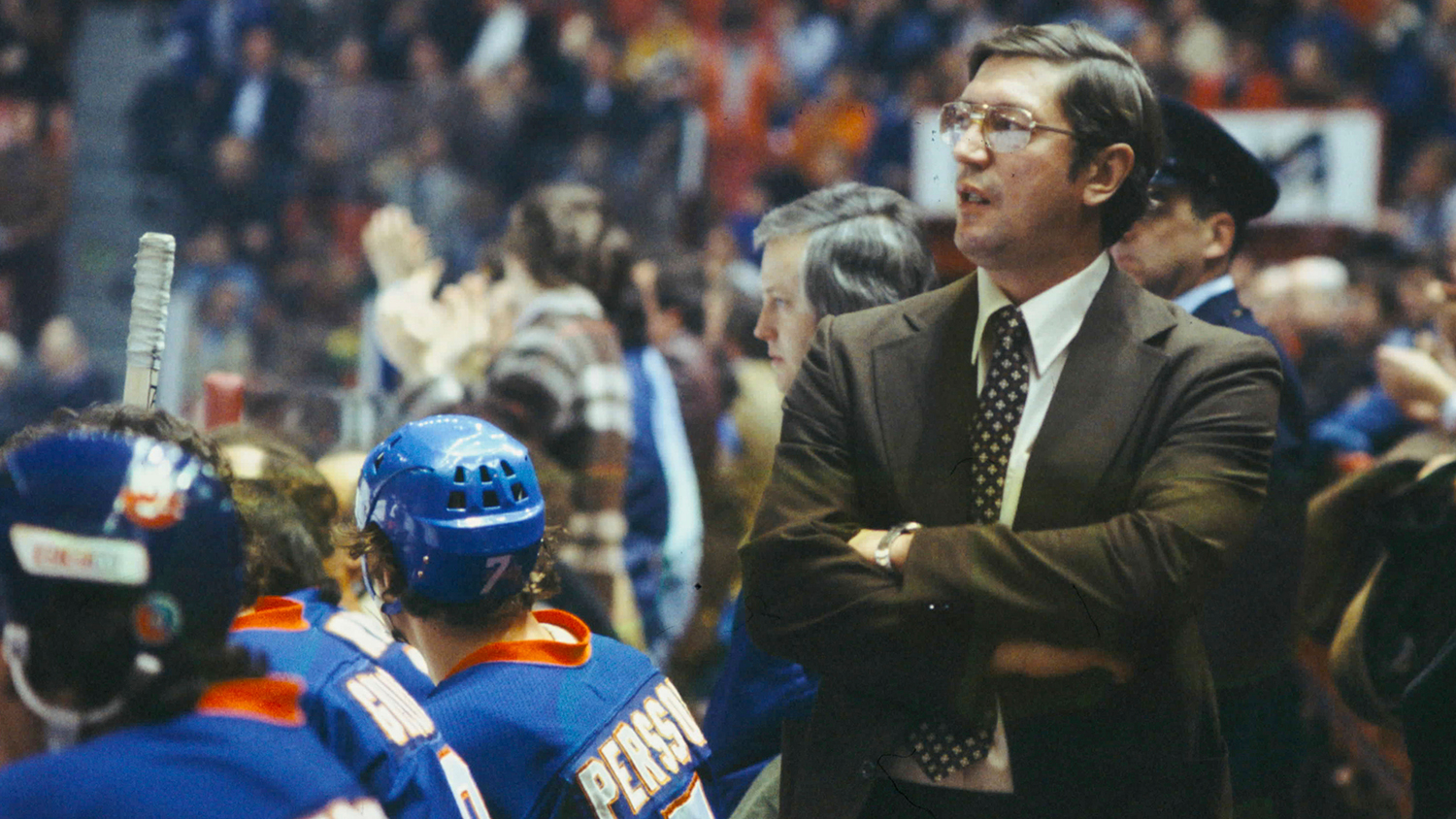 For me, the first thing I’d think of were the glasses.

That’s a weird thing to remember about a man who indisputably owns a spot on the Mount Rushmore of hockey coaching. But before he stepped behind the bench and built a legendary career as the second-winningest coach in league history, Al Arbour was a solid but unspectacular stay-at-home defenseman who bounced between four NHL teams and various minor leagues over an 18-year pro career. He scored 12 goals in 14 NHL seasons, won four Stanley Cups with three different teams, and was eventually appointed the first captain of the expansion St. Louis Blues in 1967. Arbour, who passed away on Friday after a lengthy battle with Parkinson’s, was also the last NHL player to play the game while wearing glasses.

Al Arbour was the last NHL player to wear glasses on the ice. Because he simply did not give a fuck. #OldSchool pic.twitter.com/8m5ov79xdy

Glasses have long been the internationally recognized sign of the non-threatening; one pair was enough to allow even Superman to pass for a mere mortal. But on an NHL rink, wearing glasses somehow made Arbour look like the ultimate badass. How tough do you have to be to step onto the ice looking like that? How few craps do you have to give to walk into a world of flying pucks and fists and elbows, and be so unintimidated that you don’t even bother to remove your specs?

The glasses also made Arbour look like a scholar on skates, which turned out to be prescient; if his bookish look seemed out of place on the ice, it was darn near perfect once he moved behind the bench. For his first three seasons in St. Louis, Arbour played under the tutelage of a young and little-known head coach named Scotty Bowman. When a dispute with management led to Bowman leaving in 1970, Arbour was eventually named as his replacement. It was a risky choice — smart as he was, Arbour was essentially going straight from the ice to the bench — but it launched what would become one of the greatest coaching careers of all time.

While Arbour may have gotten his start in St. Louis, it feels almost sacrilegious to picture him behind the Blues’ bench. As a coach, Arbour was, is, and always will be a New York Islander. He took the Isles’ job in 1973, in time for the fledgling franchise’s second season, and held it for 19 years before retiring in 1994.1 During that time, he watched the Islanders go from laughingstock to powerhouse and back again, but his most memorable era was overseeing the early-’80s dynasty that dominated the NHL like few teams before, and no team since.

From 1980 to 1983, Arbour’s Islanders won four straight championships, the last team in North American pro sports to accomplish that feat. Somehow, that’s not even the most amazing stat for the franchise at that time. Between the start of the 1980 playoffs and the loss to the Oilers in the 1984 final that ended the dynasty, the Islanders won 19 straight playoff rounds. That’s a ridiculous total, one unmatched in the NHL or anywhere else.2 In hockey’s salary-cap era, where the term “dynasty” gets tossed around for any team that can win more than one title in a span of a few years, it’s safe to say that a team like Arbour’s Islanders will never be seen again.

And what a team it was, packed with Hall of Famers like Clark Gillies, Bryan Trottier, and Denis Potvin.3 For nine straight seasons, Mike Bossy put 50 goals into the other team’s net; goaltender Billy Smith hacked at least that many ankles around his own. They twice led the league in regular-season points, and were all but unbeatable once the playoffs started; over the course of their four straight titles, the Islanders swept five series, went 16-3 in the final, and played 78 playoff games while facing elimination only once.

Behind the bench for it all was Arbour, the stoic presence, projecting the quiet confidence of a team that had earned it. Former players described him as something of a paradox — the decidedly old-school appearance masking an unrivaled, modern-day hockey mind. As the eulogies rolled in on Friday and over the weekend, one thing became clear: Al Arbour’s players loved the man, with more than one describing him as a father figure. He was a hockey coach to them first, but one who didn’t believe that his teaching duties ended at the rink. Beyond the records and the rings, Arbour will be remembered as one of the most universally respected men to ever touch the game.

After the Islanders’ dynasty faded, Arbour remained for another decade, watching the Islanders fall into last place before starting the long road back to respectability all over again. He was behind the bench for the team’s surprise run to the conference finals in 1993, highlighted by the David Volek game that ended the Penguins’ own mini-dynasty. Unfathomably, that would be the last playoff series the Islanders would win in their Long Island incarnation; the team begins a new chapter with this season’s move to Brooklyn.

Arbour coached 1,607 NHL games and won 782; both totals ranks second all-time behind his old mentor Bowman.4 He retired after the 1993-94 season, and was inducted into the Hall of Fame two years later. He walked away having coached 1,499 games for the Islanders. Over a decade later, in 2007, then-Isles coach Ted Nolan figured that total should be bumped up to an even 1,500. And so he asked Arbour to come back, handing the reins to the legend for one last game.

When Arbour made the walk to the Islanders bench that night, the arena erupted. Some of the fans in that building had been around to witness all four Cups; others had never witnessed a playoff game. But the ovation was loud and long and heartfelt as Arbour took his place behind the bench for the final time. The glasses were still there, joined by a few more grey hairs. The stoic demeanor was there, too, though as the cheers went on, it seemed to crack.

The Islanders won that night. Of course they did. After all, that’s what Al Arbour teams did.