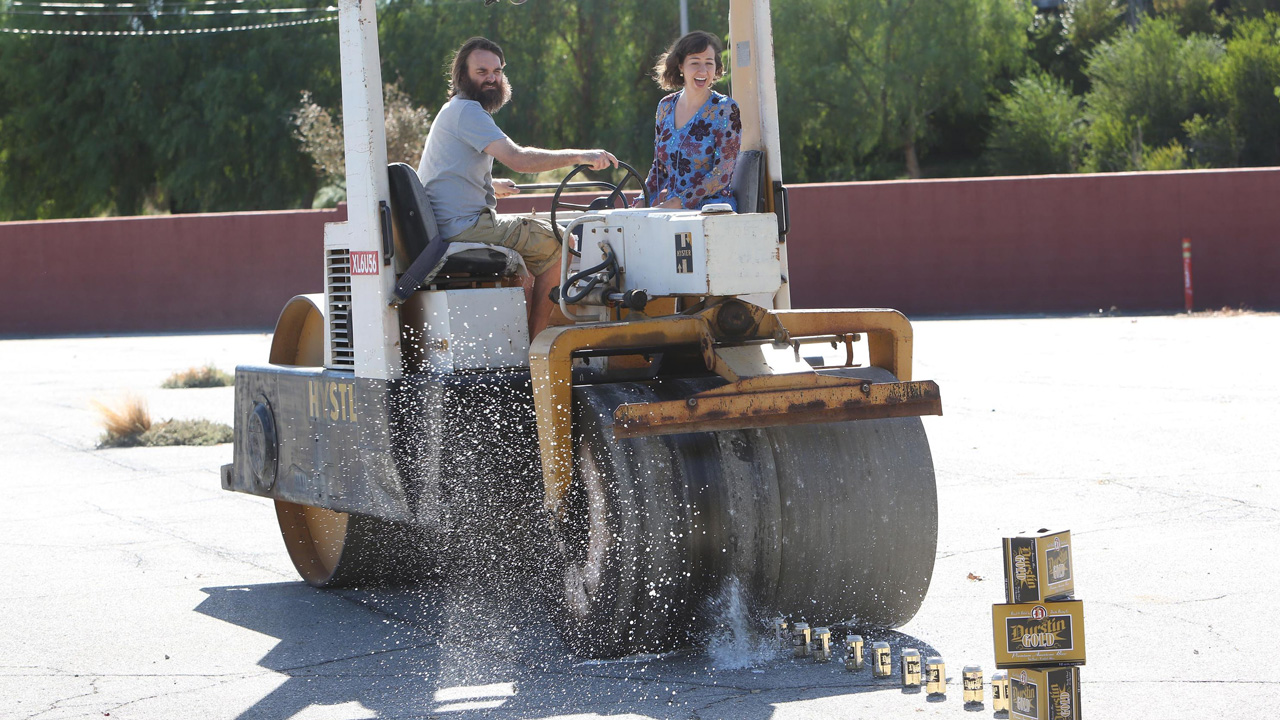 There’s something deeply gratifying about The Last Man on Earth, and it has nothing to do with Kristen Schaal’s postcoital bean consumption. That a show so defiantly odd, so unconventional in format could even make it onto one of the Big Four networks in 2015 is encouraging enough. That its strangeness is being rewarded with surprisingly robust ratings is the sort of faith-giving miracle that those of us still doggedly praying in the church of broadcast have been hoping for.1 Along with its Fox sibling Empire — a blockbuster that has been walking on water for nine straight weeks — The Last Man on Earth is a burning bush for the many industry doubters who had given up on the possibility of innovation on the traditional networks. That said bush was ignited by a bearded Will Forte wielding a flamethrower makes it all the sweeter.

Two weeks ago on this very website, Steven Hyden profiled Forte, revealing him to be as committed to the granular craft of comedy as his characters are to things like falcons and racism. And truly, a show as singular as The Last Man on Earth couldn’t exist without someone as steadfast as Forte at the helm: It’s crazy enough that he is in practically every scene — that Forte is also Last Man’s showrunner makes his accomplishment superhuman. But again and again I’m drawn to the two other prominent names in the credits, those of executive producers Phil Lord and Chris Miller. (Yes, Forte’s character is named Phil Miller as a tribute to his pals.) The duo possesses a skill that is as rare in Hollywood as it is essential: the ability to take a questionable idea and turn it into something beautiful, unexpected, and (this is key) profitable. They did it with 21 Jump Street, they did it with The Lego Movie, and they seem to have done it here as well. On paper, The Last Man on Earth is a killer concept almost guaranteed to be felled by execution. After all, what’s inherently funny about the end of the world? And how can a sitcom exist without secondary characters to help set up punch lines and advance the plot?

Thankfully, we weren’t left to ponder those questions for very long. Fox smartly packaged the first two episode of the series as an hourlong premiere, thus giving away Forte, Lord, and Miller’s intention to take The Last Man on Earth’s title seriously, but also literally. (What this does for the long-hoped for dramatic adaptation of this remains to be seen.) By the end of the hour, Last Man had morphed from a postapocalyptic gag reel to a much more nuanced comedy about mismatched people forced to live together in the most intimate ways possible. Schaal was particularly brilliant as Carol, a seemingly prim grammarian who insists that Phil obey traffic laws and not piss into swimming pools. The split between those who hope to cling to the tattered rope of society as long as possible and those who cannonball off it into a feral, filthy unknown is one of the more reliable tropes of end-times fiction. And, if we’re being honest, I could spend at least half a season just watching Forte crash his way into strip malls and Schaal take refuge in craft emporiums. But while Last Man has plenty of time for easy jokes — it didn’t take long before Schaal was squatting above a fountain of her own — it also doesn’t hesitate to keep pushing. The conflict in last night’s episode, “Raisin Balls and Wedding Bells,” was as much domestic as it was existential. Phil and Carol’s struggle to live together is a lot more pressing — and, I’d argue, promising — than their basic fight to stay alive. 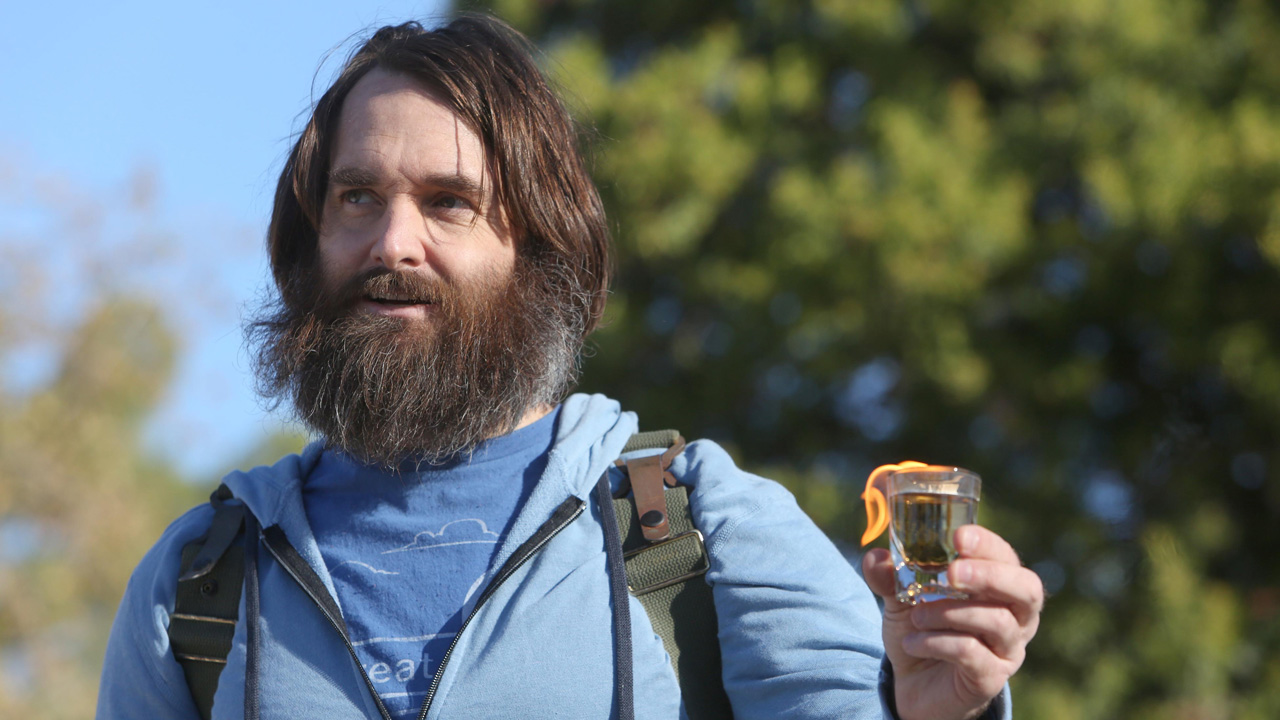 In addition to plague or starvation, another obvious pitfall Last Man has to contend with is falling into gender cliché. At first blush, the story of a fun-loving bro forced to tame his base instincts because of the nagging of a semi-good woman is staler than the goods at a Tucson grocery store. (And with only two characters — until last night, of course — it’s incredibly hard not to read sweeping meaning into every tiny gesture.) So I’m admiring the way the show’s brain trust has thus far skidded right past this trap by playing up the specific eccentricities of the two leads. In fact, last night took it even further, with Forte happily playing the straight man to Schaal; Emily Spivey’s script was larded with the kind of comedic excess rarely afforded to female stars. (I loved Schaal demanding more “sexual jibber-jabber” and sadly knitting a “No Scrubs” throw pillow.) I really appreciate the way Last Man has sketched out the battles it wants to fight and the stories it’s interested in telling. There are no dead bodies in the margins of the screen, à la The Walking Dead, and the fear of imminent extinction has given way to a subtly pervasive melancholy. It’s indicative of the way the show handles nearly everything, from its premise to Carol’s sexual demands: start big, then zoom in tight. With Phil and Carol, the show has found ideal avatars for a dissection of basic human behavior: The fundamental desire for human companionship, no matter how annoying or unshaven, doesn’t necessarily cancel out the desire for a good game of house racquetball. We are who we are.

And what we are, continually, on The Last Man on Earth is surprised. This is not a reaction typical to sitcoms or one that is much desired by sitcom fans. (The stealth brilliance of Black-ish and Fresh Off the Boat is the way they’ve couched their unfamiliar themes and jokes within the reassuring framework of a family comedy.) But surprise has become the most potent weapon in the arsenal of TV’s elite drama producers — what is Game of Thrones without a shocking beheading or Homeland without at least one grand WTF? Pouring that same kinetic, unpredictable energy into a network sitcom like margaritas into a kiddie pool has given Fox a burst of comedy momentum it hasn’t had since New Girl was new. And it doesn’t appear to have any intention of slowing down: “Raisin Balls and Wedding Bells” ended with the newlyweds T-boning a limousine driven by January Jones, thus adding a third, porcelain wheel to what was already a rickety union. I’m not sure if I can vouch for Jones’s comic chops — on Mad Men, her Betty was better known for her aim than her delivery — but I’m thrilled at the prospect of her continued presence in the ruins of urban Arizona. The Last Man on Earth is the rare broadcast show to both celebrate and embrace volatility. That it’s paying off, creatively and in the ratings, is as welcome as a dinosaur skull on the dining room table. It’s precisely the sort of thing you didn’t know you wanted. And now it’s impossible to imagine life without it.