Matthew Weiner on His Beef With Alex Trebek, and How Mad Men Will End 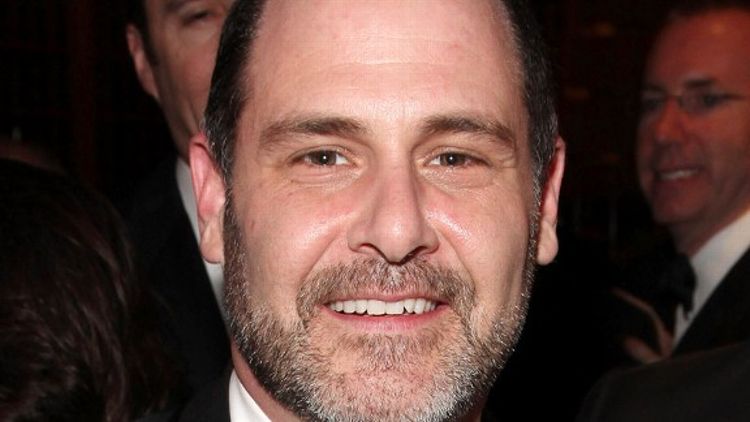 Just because Matthew Weiner has a new $30 million deal and an armload of Emmys doesn’t mean he can’t carry a few grudges, too. On Friday night the Mad Men creator stopped by Largo in Los Angeles for a discussion with Curb Your Enthusiasm‘s Jeff Garlin. With no particular agenda, the talk was a free-flowing conversation that often touched on people and things that have pissed Weiner off over the past few years. Below, six people on his shit list. Plus, some hints on how Mad Men‘s final season will end.

While he was still a poor, unemployed college grad, Weiner appeared on Jeopardy! and won. At episode’s end, he had the following encounter with Trebek: “I went up to him and said, ‘When I was in college, Jeopardy! was on at 3:30 in the afternoon and it was during this class called ‘The Human Brain,’ and I got a D in the class because I was always watching your show. Which is funny, because my dad’s a neurologist …’ And he looks at me and says, ‘Most of our champions are excellent students.’ It was hurtful! Alex basically said, ‘You have bad grades. No Centrum Silver for you.'”

The Actor Who Kicked Him in the Butt

When Weiner was a writer on a network sitcom he refused to name (our guess: The Naked Truth) he had a dispute with one of the show’s actors that ended in a bruised ass. Said Garlin: “I know you were kicked in the butt once. [Weiner] was writing on a show, and one of the actors — who’s a writer now — got so mad at Matt that he went up and kicked him in the butt.” “He wanted to have a fight with me,” remembered Weiner. “He was much bigger. He said, ‘You know how to fight?’ And I said, ‘I’m a comedy writer. Of course I don’t know how to fight.’ He had homicide in his eyes, so I took the high road and turned around to walk away. Then he kicked me in the leg …” Interjected Garlin: “I heard from Robby Benson that it was in the butt.” “It left a mark,” said Weiner. “I told on him.”

Weiner’s wife, Linda, to whom he’s been married for 20 years, always told him he was the funniest person she’d ever met — “except for this one guy.” One night, they were watching TV when it was announced that Conan O’Brien would inherit Late Night from David Letterman. “Linda says, ‘Oh my god, that’s the guy!'” remembers Weiner. “I’ve met Conan since then and I told him, ‘The first year you were on the air, I used to watch you every night and tell my wife you were [sarcastically] fantastic.’ And he goes, ‘We had a rough first year. Was that because you were wishing that on me?'”

AMC didn’t focus-group Mad Men until the end of the show’s first season, when they were trying to decide whether to pick it up for a second. “They told me, ‘You’re going to have to have a Come to Jesus meeting with Lionsgate and AMC about what you’re doing and what you need to change, and then they might renew it,'” said Weiner. “As I was driving there, somebody called me and said, ‘It was just in Variety that they renewed the show.’ So I went to the meeting and they said, ‘Our focus group told us they think Pete and Peggy are boring, and they hate the advertising business parts … the show is boring, the pace is too slow, and you need more scenes …’ Finally the head of AMC said, ‘Well, if we’re going to renew this …’ And my manager said, ‘We just heard it’s already been renewed!’ And the chairman guy looks around and says, ‘Thanks a lot, guys. Way to go with the leverage.'”

Last season on Mad Men, in the episode in which Don Draper writes his journal, the show featured its first-ever voice-over narration, which became a point of contention among critics on the Internet: “Somebody wrote, ‘Well, we learned one thing about Don — he’s not a good writer.’ Some of that was from somebody’s actual journal. And some of that was very important to me. And I was like, ‘You want to know what’s going on in Don’s head? He’s going to actually tell you.’ Some people were like, ‘You’re not allowed to do that. There’s no voice-over on the show.’ And I’m like, ‘Go fuck yourself. Go get your own fucking show. Don’t write on the Internet what I’m allowed to fucking do.’ But I have to say, I’ve been treated very well out there. My show is a success because of the Internet.”

The Makers of Revolutionary Road

During the Q&A portion of the discussion, Weiner was asked if he ever thought about what he could do with Mad Men on HBO, with Boardwalk Empire‘s budget. “Mad Men is TV-14, not even TV-MA,” said Weiner. “I’m allowed three shits a show. I can say ‘Jesus,’ I can say ‘Christ,’ but I can’t say ‘Jesus Christ’ unless he’s actually there … I don’t think about the budget, but here’s what I think about: When we were making the pilot, they were making Revolutionary Road at the same time. They were shooting in Grand Central Station. And they had every gray flannel suit that ever existed in New York City. I had to cast shorter, smaller extras because all the normal-size suits had been bought by the studio [making Revolutionary Road]. It’s incredible. Look in the pilot and you’ll see that Jon Hamm is a foot taller than everybody else.”

Bonus: How Mad Men Will End

When asked if he had an end point in mind for Mad Men‘s seventh and final season, Weiner answered in the affirmative: “I do know how the whole show ends,” he told us. “It came to me in the middle of last season. I always felt like it would be the experience of human life. And human life has a destination. It doesn’t mean Don’s gonna die. What I’m looking for, and how I hope to end the show, is like … It’s 2011. Don Draper would be 84 right now. I want to leave the show in a place where you have an idea of what it meant and how it’s related to you. It’s a very tall order, but I always talk about Abbey Road. What’s the song at the end of Abbey Road? It’s called ‘The End.’ There is a culmination of an experience of people working at their highest level. And all I want to do is not wear out the welcome. I was 35 when I wrote the Mad Men pilot, 42 when I got to make it, and I’ll be 50 when it goes off the air. So that’s what you’re gonna get. Do I know everything that’s gonna happen? No, I don’t. But I just want it to be entertaining, and I want people to remember it fondly and not think it ended in a fart.”

Previously from Lane Brown:
The Men Who Camped Out for Twilight: A Photo Essay
Just How Good Is Al Pacino In Jack and Jill?
Bomb Shelter: Why Did Tower Heist Fail?