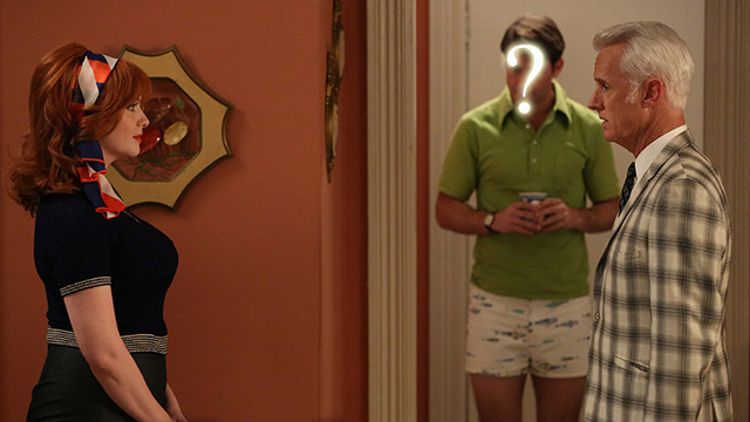 With Bob Bensonmania reaching such a fever pitch that answer-crazed Mad Men fans are injecting vitamin shots into their posteriors and rioting in the streets to demand any crumb of information about whether the charmingly wrong-floored enigma from Accounts is a government spy, time-traveling bastard (hi, Molly!), or a budding psychopath who always carries two severed heads in case someone needs one, showrunner Matthew Weiner briefly stepped out of his Internet-proof mystery box to address the hysteria surrounding his most baffling creation. He tells The Wrap:

I’m basically convinced from my Internet reading that he’s a government spy.

He’s always in everyone’s business, he’s always on the wrong floor, he never seems to be really jockeying for a better job, and he seems to have completely lied, about his father, for example.

I thought he was at first, but then he made so little progress. But then he did in the last episode.

Uh, yeah! With Chevy? I think he’s making a ton of progress. [Laughs.] I don’t know, you know? We’ll see. I’m not going to comment on whether or not he’s a government spy, but James is a great actor, and he is definitely mysterious. And that’s deliberate.

He has very good manners, and that seems to be working for him.

So there you have it: Bob Benson is definitely a time-traveling bastard spy carrying two severed heads around in case somebody needs one. Weiner’s on the record about this. Now we can all safely put on our tiny white bathing suits and spend a relaxing weekend at the beach, insinuating ourselves into a busty, vulnerable partner’s family, confident that the mystery has been solved.

Trailers of the Week: Runner, Runner, The To Do List, Blackfish, and More