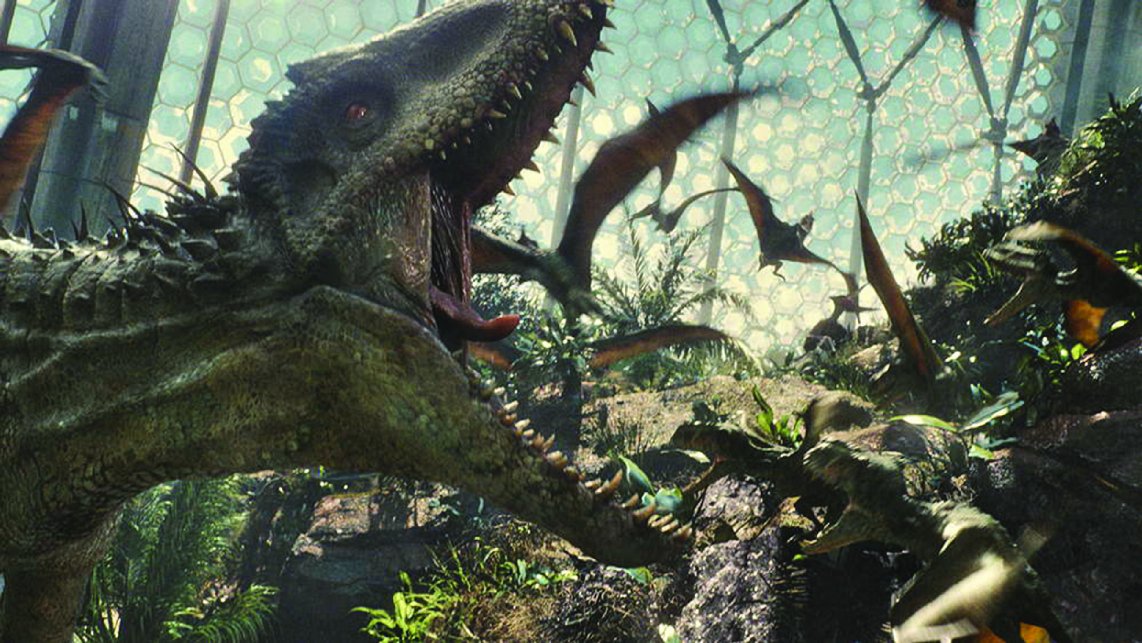 On November 7, 2002, The Hollywood Reporter ran a story revealing that William Monahan had been hired to write a fourth Jurassic Park movie based on a story by Steven Spielberg. This was not earthshaking news, but it was not inevitable either. Universal’s Jurassic franchise had been huge since its launch nine years earlier. Aside from the three movies, it had also yielded toys, profitable video games, and theme park water rides. But the films also represented a case of rapidly diminishing returns. The original, released in 1993, had grossed about $900 million worldwide.1 The second, The Lost World: Jurassic Park (also directed by Spielberg) took in $619 million in 1997. And 2001’s Jurassic Park III (not directed by Spielberg) grossed $369 million. Those numbers made a fourth installment conceivable, but the trend line made it unpromising, and that version of this movie was never made.2

If all had gone according to plan, Jurassic Park IV would have opened about 10 years ago this weekend, and it likely would have followed one of two familiar patterns: Either it would have demonstrated, as movies from Batman & Robin to Superman IV: The Quest for Peace to Shrek Forever After have done, that a fourth movie is usually one too many, or it would have done what, say, Fast & Furious did in 2009, which was begin to turn around a flagging brand.

There is no circumstance, however, in which any 2005 iteration of Jurassic Park would have done what Jurassic World did this weekend, which was break the all-time opening record both in the U.S. — from its Thursday previews through Sunday, it grossed $208.8 million to edge the first Avengers movie — and overseas, where it took in another $315.3 million, also a historic high. The combined total has actually changed the vocabulary of how we talk about box office records. At this time last week, there was no such thing as a half-billion-dollar opening. Now there is.

Ten years ago, if that Jurassic sequel had opened and killed at the box office, the victory-lap Monday discussions at Universal would, in all likelihood, have been about how quickly and efficiently Jurassic Park V could be put into production. It’s a measure of how much the movie business has changed in the last decade that this week’s conversation between the studio and the film’s producers will probably not be about a sequel, or even about a franchise. It will be about an entire business.

Consider this: If Jurassic World follows recent box office patterns — and with a warm reaction from first-weekend audiences, there’s no reason to think it won’t — a swift ascent to a billion-dollar worldwide gross is a foregone conclusion, and a substantially bigger number than that is well within reach. Furious 7 has now grossed $1.5 billion; Avengers: Age of Ultron is right behind it with $1.35 billion. It is not a stretch to suggest that in a matter of a few weeks, Jurassic World will join them. By Labor Day if not sooner, we could be looking at a movie universe in which three of the six highest-grossing films in history have opened since April.

Some box office analysts will say these movies represent a statistical blip, and they could be right, but here’s the thing: Events dismissed as blips change the course of history all the time. Three gigantic films have defined 2015 for some; for others, they’ve been the exceptions within an ongoing narrative about the slow death of theatrical business for movies. We won’t know whether this was an odd year or the shape of things to come until about 2018, but in practical terms, it won’t much matter, because by then, the mere idea that this kind of money can be made and then built upon will have substantially reshaped the way Hollywood studios plan their slates and define themselves. In fact, it’s happening already, and Universal, fifth in market share last year and vying for first in 2015, knows it. Twenty years ago, “blockbuster,” at its most hyperbolic, meant a franchise big enough to give you a park. Now it means a franchise big enough to give you a world.

So the Jurassic conversation, I’m guessing, will be less “What’s the next movie?” than “How do we turn this into a semi-permanent enterprise?” Obviously, Marvel, with its post-Ant-Man, 10-movie Phase 3 just around the corner, remains the gold standard of this kind of planning, but it’s remarkable how quickly it has become entrenched in mainstream Hollywood thinking. Even aside from Warner Bros.’s directly imitative if much shakier plan for DC, which will launch next spring with Batman v Superman: Dawn of Justice, there is Lucasfilm’s approach to Star Wars,3 in which the next trilogy will be interspersed with stand-alone movies so that every year at least through 2019 will promise a new film. There’s the Fast & Furious franchise, which is now being discussed not one movie at a time but one trilogy at a time. Warners has four new Lego movies in various stages of development, preproduction, or production, which is a big pile of chips to place on the success of one film that grossed less in its entire run than Jurassic World did in its first three days. Sony, superhero-less and reeling from its Spider-Man franchise bobble, is scouring its vaults for properties that can sustain this kind of treatment. In March, the studio established Ghost Corps, a project devoted to figuring out how to monetize Ghostbusters, a property not seen on the big screen for 26 years. And Paramount recently tasked veteran screenwriter Akiva Goldsman with assembling more than a dozen writers, whose credits range from Netflix’s Daredevil to Pacific Rim to The Walking Dead, to work as a brain trust in charge of revitalizing the studio’s most lucrative property, Transformers. They were reportedly scheduled to sit down together for the first time last week. 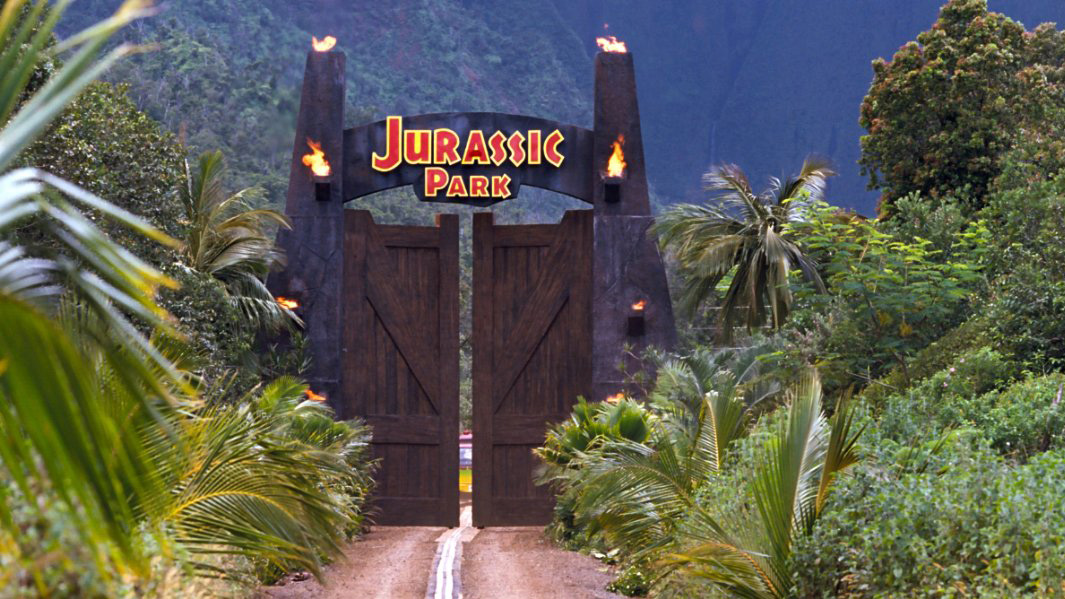 As much as I would like to sit in judgment of all this, the seat isn’t particularly comfortable — especially since Jurassic World itself anticipates and drolly comments on this new economy; it is literally, and knowingly, a cautionary tale about the perils of heedless brand extension, which may not make it the movie of the year but certainly makes it the movie of the moment. (Or at least an especially savvy exercise in preempting criticism with irony.) The film both grins and winces at the current excesses, compromises, and uncertainties of entertainment — jabbing lightly at everything from product placement to dependence on foreign financing — and a wincing grin feels about right. How, for instance, does one react to the Transformers idea? With an amazed hallelujah that any studio, in 2015, thinks that writers batting around story ideas is a better way to come up with a movie than marketers batting around release dates? Or with sorrow that this collective effort is going to be expended on perhaps the most witless and bombastic expression in cinema history of the belief that boys like making things go boom? Should one be happy that studios are finally realizing that the deep engagement of television’s audience is something to strive for? Or is it more appropriate to mourn the fact that what used to be the backbone of Hollywood moviemaking, namely self-contained, non-repeatable scripts, now threatens to become an anomaly, a charity act, a niche, a tithe to awards season, or a skippable option?

Even those not inclined toward doomsaying know that new financial models have multiple creative consequences. Jurassic World’s director, Colin Trevorrow, got his gig on the strength of a single calling-card indie movie, 2012’s Safety Not Guaranteed (total domestic gross: $4 million). That’s extraordinary — if you’re Colin Trevorrow — but is it the best thing for either movies or directors? There’s another, more incremental, and, I think, better path: Christopher Nolan started with the micro-indie Following, broke through with Memento, and then made the mid-budget studio movie Insomnia before taking the reins of the Batman franchise. Rian Johnson, soon to direct Star Wars: Episode VIII, started with the acclaimed indie Brick, won a higher budget — about $20 million — for his next film, The Brothers Bloom, and then made the well-received sci-fi thriller Looper for Sony (reported budget: $30 million).

For those of us who like the idea of talented indie directors incrementally altering the definition of the mainstream by bringing their perspective, skill, and sensibility to it, this has been a good model — and it’s one that is imperiled by a movie universe in which studios are increasingly defined by their ability to maximize three or four major properties per year with almost everything else being a nonfactor. If Universal can mint money with Furious 7 and Jurassic World in just three months, I would love to imagine that the studio’s internal reaction would be a sense of financial security coupled with confidence that would allow it to take some modest gambles on passion projects and compelling mid-budget movies. But it is just as easy, and more familiar, to imagine a studio saying, “We’re not in that business anymore” — something that I hear publicly almost never, but privately with regularity and bitter resignation.

That attitude is endemic at studios right now, and its ripple effect is dire, because even aside from the fact that low- to mid-budget movies often define Oscar season, they are essential for directors. A system in which films like Looper or Insomnia are less and less possible is a system that is failing its audience and its talent. Trevorrow certainly does not seem to have lacked for confidence. But experience counts, too, in less quantifiable ways, from how you elicit performances from actors to how you manage storytelling to how shrewd you are about picking your battles. Midrange movies give directors who have studio aspirations a chance to discover who they are. Without them … well, without them, you can still end up like Trevorrow, who got promoted from private to general and woke up on Monday morning in the record books. Still, if Hollywood insists that we no longer need any intermediate steps between Sundance and blockbuster, there are going to be casualties. As Jurassic World reminds us, the bigger the monster you try to create, the more likely it is to eat you alive.

Ask the Maester: Some Real Talk About the Jon Snow Situation