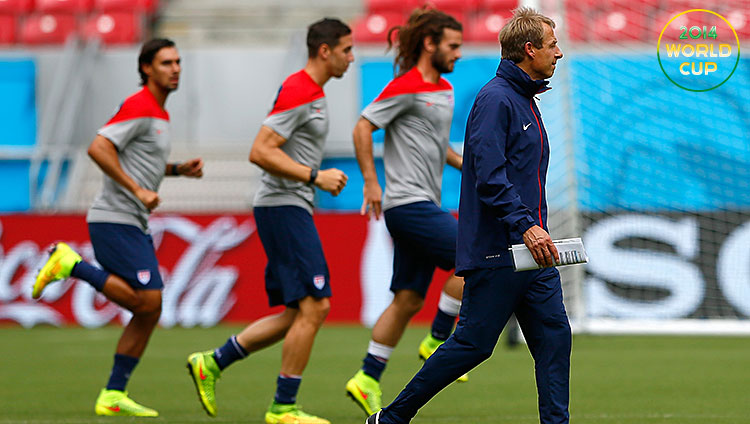 If the United States and Germany draw in their World Cup match, both teams will advance to the knockout stages. As tempting as this might make it for Jurgen Klinsmann to call up Joachim Low (his former assistant from 2004 to 2006) and agree to aimlessly kick the ball around for 90 minutes, it’s unlikely that today’s match turns into something resembling the Disgrace of Gijón.

There are still scenarios, albeit unlikely, in which Germany fails to advance. And Germany no doubt wants the top seed out of Group G, which would likely steer it away from Belgium in the round of 16. Given that, there is no reason that today’s match won’t be competitive. And if you trust in FiveThirtyEight’s forecasting model, the United States has just a 37 percent chance of beating or drawing Germany.

Luckily for the United States, even if the team loses there are still an abundance of tiebreakers that allow it to advance. If Ghana and Portugal tie, the U.S. is in. But if one beats the other, it comes down to goal differential and then total goals scored. 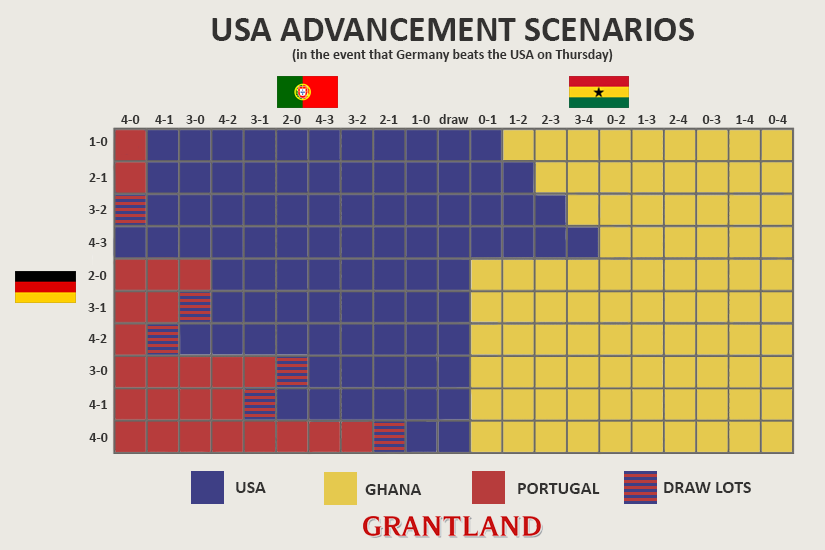 It’s not just the results that matter — it’s also the scorelines. The fate of the group’s runner-up could even come down to what essentially amounts to a coin flip because the USA and Portugal tied each other, but that only happens in a few specific scenarios.

Bill and Jalen’s 2014 NBA Mock Draft: The Cavs Should Trade the First Pick!