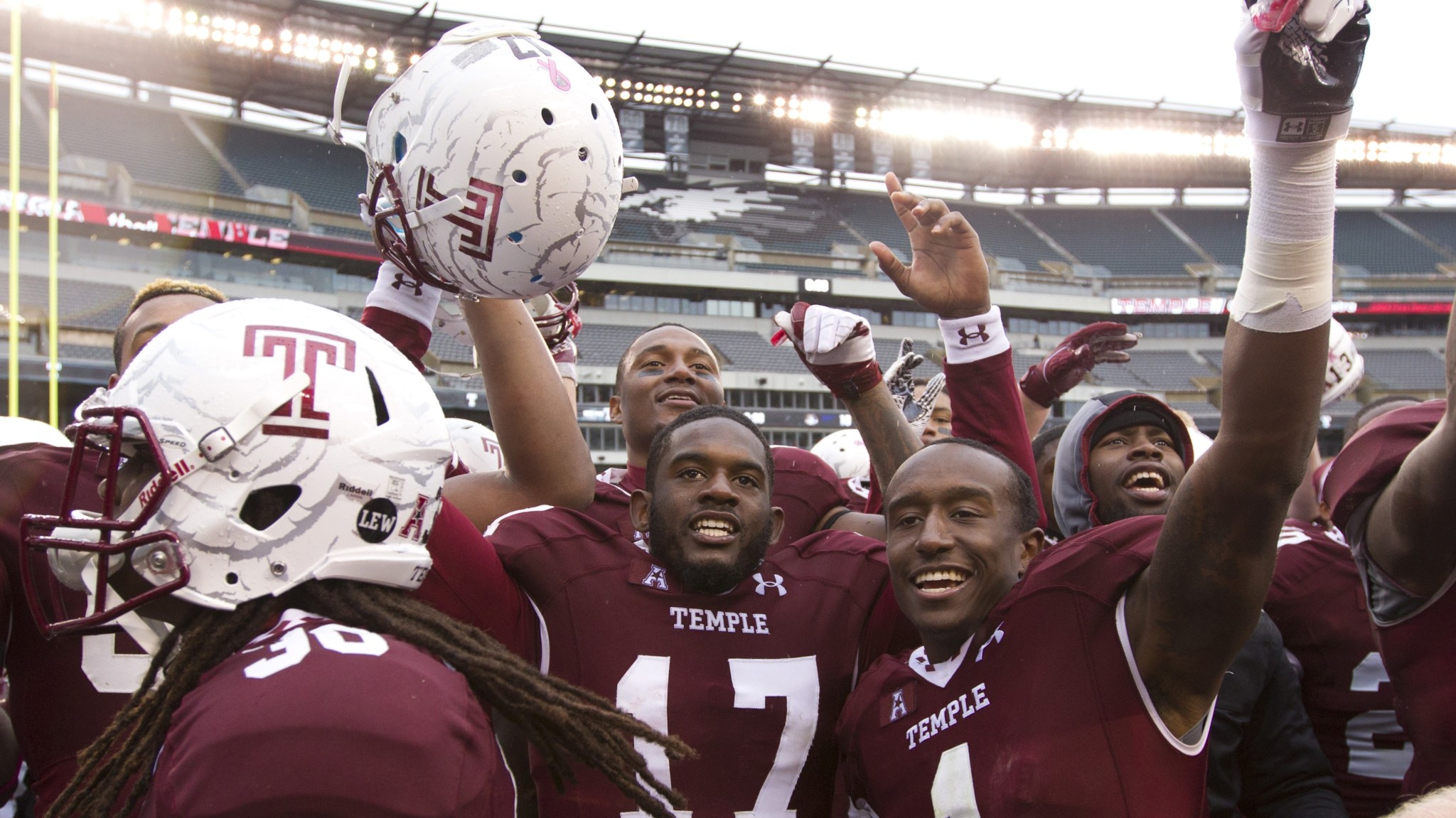 Temple football was headed in the wrong direction. The Owls were 4-3 on the year with two straight losses to Central Florida and Houston. Fans were hooting, critics were hollering. No. 23 East Carolina was headed to Philadelphia as 7.5-point favorites, primed to make the pain even worse. Temple coach Matt Rhule had to do something drastic.

The team was way too gone. They had nothing, and they needed a whole lot of everything. They needed some motivation to put on for their city. They needed Jeezy.

Anyone who knows anything knows that Young Jeezy is better workout music than everything else on your iPod. He puts anybody in a “let’s get it” state of mind. Example: I was at the 2012 NBA Finals, between the Heat and Thunder. Before Game 5, I went back to the Heat locker room. You know what LeBron was listening to, 20 minutes before winning his first title? Young Jeezy’s first album.

But you know what’s even better than Young Jeezy’s music?

That’s right, Jeezy was in Philly this weekend to perform at the Wells Fargo Center, and before you know it, he was in the middle of the Temple locker room.

Coach Rhule invited him to speak the team Friday night, and according to the Philadelphia Inquirer:

[Jeezy] told the Owls that there are two imposters in life – success and failure. He also told them they had to fight through adversity, things that Rhule has been telling them since he was hired to coach the team.”

“I think I say that every day to our team,” Coach Rhule said. “He said it and they were like, ‘that’s good stuff right there.'”

Temple beat a ranked team for just the third time in school history, and it was the Owls’ first victory against a ranked opponent at home. Temple had been 0-34 against ranked teams since beating the Hokies.

Kenny Harper scored two touchdowns for the Owls (5-3, 3-2 AAC), but the difference-makers were on the defensive side of the ball.

“There’s no better feeling than beating a ranked team like ECU,” said junior linebacker Tyler Matakevich, who led Temple with 16 solo tackles. “The difference between this year and last year is, last year we would be clock-watching with the lead, hoping it would run out for us, praying for it even. This year we’re just going to keep doing what we do well until that clock hits zero. We don’t look up until it’s all over.”

And when it was over, the Temple defense and special teams had forced five fumbles and blocked one field goal, thwarting the top-ranked offense in the AAC.

And Jeezy came back to the locker room to celebrate.

Shout out my g's @Temple_FB pulling off that win today! pic.twitter.com/d1JJdVFRoh

Temple is 5-3 now, headed toward a bowl, and taking on Memphis this Friday night. Go, Owls. Remember when Young Jeezy turned around Temple’s season and they went undefeated the rest of the year?

This will be the best Disney movie ever.

An NBA Detective Story: Who in the Lakers Organization Knows They're Tanking?