Wisconsin’s First Loss and the Value of the Road Win 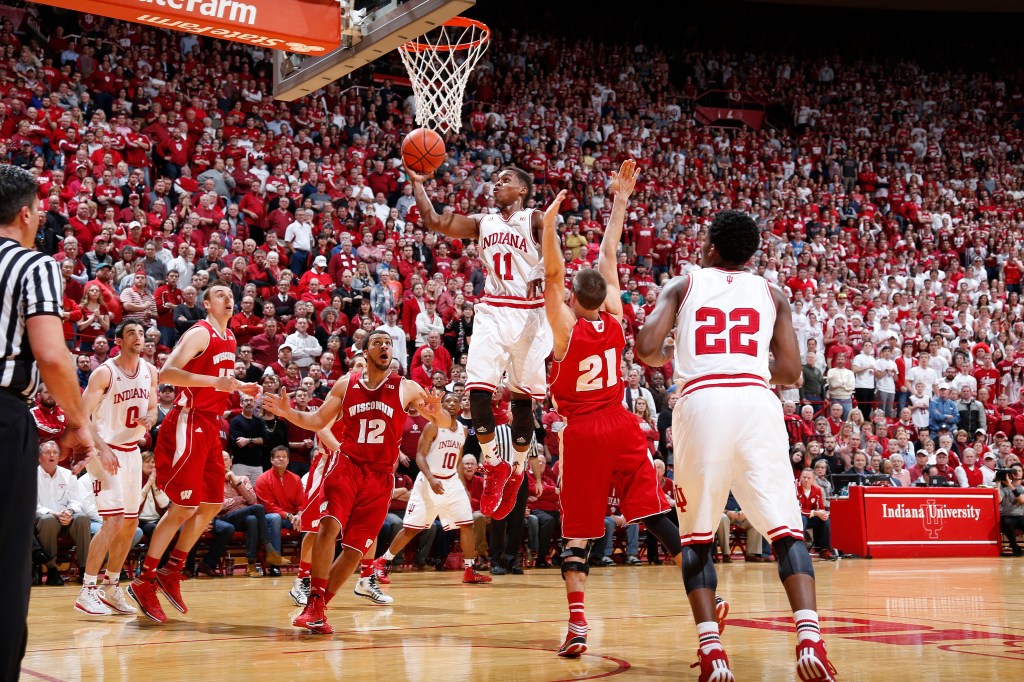 That cliché, or some version of it, has always been true in college basketball, and this year it somehow feels even truer. It’s extraordinarily difficult to win a game on the road — any game, but especially one in conference — and nowhere more so than in college basketball. This problem, I think, may be exacerbated by the fact that Top 25 teams rarely play more than one or two road games before January, making the experience that much more startling when it finally comes to pass. And it’s a temporary situation; unlike almost every other playoff system in American sports, there are no road games in the postseason tournament. If you’re the kind of fan who cares only about national titles, you could even make an argument that performance on the road doesn’t really matter. But if you’re realistic, and understand the difficulty in winning a single-elimination tournament even with a very good team, you know that road games are vitally important.

This year, Wisconsin was an exception to the “no road games before January” trend. A slight exception, but an exception nonetheless. Bo Ryan’s club visited a surprisingly strong Green Bay team in early November and played at Virginia in the ACC–Big Ten Challenge two weeks later. The first game was a close 69-66 win, and the Virginia game — a punch line even before it was played, due to the pace of both teams — ended up in a 48-38 anti-epic, exceeding our pessimistic expectations.

And so the Badgers rolled on, piling up win after win and, to everyone’s surprise, scoring a lot of points in the process. The new emphasis on calling games tight, to cut down on brutish defenses bumping and holding and bodying as final scores struggled to reach 60, seemed like it might hurt Ryan more than anyone else. After all, weren’t his teams the embodiment of the slow-playing, less-than-athletic, pseudo football squads that bulldozed their way to regular-season success while grinding the game’s appeal into dust?

It certainly seemed like a reasonable conclusion. Wisconsin’s offense has always been efficient, but with the exception of the 2010-11 season, when the Badgers were third in offensive production, it has never been elite. The defense has. Ryan is one of the best coaches in the game, though, and it probably shouldn’t have surprised us that he adjusted without a hitch. (The dirty secret about Ryan is that he used to play uptempo when he coached at Wisconsin-Milwaukee.) Seth Davis summarized our collective surprise when he wrote about Ryan’s change in November, and while the headline may have overstated the “blistering pace” (Wisconsin is still 313th in adjusted tempo; we’re not dealing with the D’Antoni Suns here), it was impressive to see players like Frank Kaminsky setting a school record with 43 points in a game, and Wisconsin itself topping 100 against North Dakota. After 17 games, the stats back up the eye test; the Badgers have an offensive efficiency that stands as the second-highest of the Ryan era, just barely trailing 2010-11.

And the wins accumulated. Coming into last night’s game against Indiana at Assembly Hall, the 16-0 Badgers were one of four remaining unbeaten teams left in Division I, and held down a no. 3 ranking in both the AP and coaches’ polls. If you looked closely at a couple of results, though, there was evidence that, while impressive, the Badgers were overrated. The reason? Road wins. It’s practically become a tic of mine to cite Ken Pomeroy’s study that shows a team must win by 15 points at home against a conference opponent in order to expect to win against the same team on the road, but I’m going to do it anyway. As you might guess by those numbers, another conclusion you can draw is that the home team must win by about seven points to be considered “better” than the opponent. Sure, it might lose the road game, but the margin will likely be less, and you can make a statistical judgment about the quality of the two teams despite the 1-1 head-to-head record.

Wisconsin has already beaten Florida, Marquette, and Iowa at home by margins of six, six, and four. The “road wins” test would tell us that there’s at least a decent chance that one or all of those teams are close to (or better than) Wisconsin in quality; one narrow win would be a small sample, but three gives us a decent snapshot of a team’s capabilities. In other words, while the Badgers are obviously a very good team that will compete for the Big Ten title, 16-0 probably wasn’t representative of how good they really were. Ryan & Co. were due for a loss.

Which brings us to last night, and Bloomington. It’s practically college basketball scripture that Assembly Hall is one of the most difficult venues in the country, and despite Indiana’s rough start, there was no doubt that the atmosphere would make this Wisconsin’s toughest road test yet. For 30 minutes, though, the Badgers held up, scoring at an impressive clip and keeping the Hoosiers’ offense mostly in check.

With 10 minutes remaining, Wisconsin held a 52-48 lead, and that’s when things went crazy. It was a disastrous endgame for the Badgers, and it all happened on the defensive end, where Indiana managed to score 27 points in 10 minutes to hand the Badgers their first loss, 75-72. The video below compiles all those points (minus free throws), and is a pretty telling summary of the total defensive breakdown:

It’s almost funny, because in that clip, Wisconsin displays almost every kind of weakness you can name: bad transition defense, inability to stop the pick-and-roll, inability to stay in front of anyone (particularly Yogi Ferrell) on the perimeter, poor interior defense, poor help defense, and even some negligence on the boards.

Make no mistake, the Badgers aren’t a bad defensive team. They just aren’t great, and when you’re not great, 10-minute stretches like that will happen on the road. It’s why, in terms of winning a regular-season conference title, holding on for a road win means so much. And it’s why defense is paramount; nothing disappears faster in a hostile environment than a good offense. Just ask Duke, one of the best offenses in the country, which scored 12 points in the final 15 minutes of a road loss to Clemson. On the flip side, look at Syracuse’s win over Boston College on Monday night; the Orange struggled to score, but their swarming, impenetrable zone defense never abandoned them. It was their anchor against a hostile crowd and a mediocre team playing well above its head.

Wisconsin lacks that transcendent defense, and it’s why the Hoosiers snagged a hugely important win last night. The slight regression has begun for the Badgers; the 16-0 start now has a bit of context. And looking at the larger conference picture, the cliché holds — road wins will decide the Big Ten, and the race is wide open.