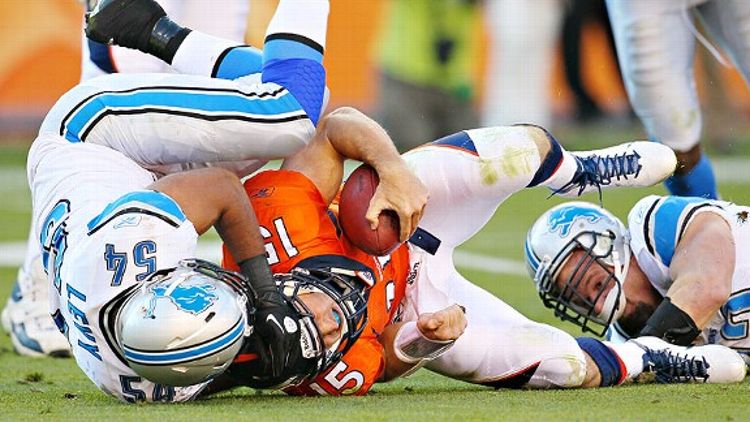 Five years ago I went out with Bill Simmons for a night of debauchery. That means we played shuffleboard for four hours. The next day I brushed the shuffleboard salt from my eyes, drank a Gatorade, and wrote a long email about Winners and Losers of the night. It wasn’t bad. Next time I saw Simmons he said, “Someday when I have my own website named after a legendary sportswriter you should write something like that every week.” I said, “OK.” Then he said “Do not open this letter until 2009. It has to do with the flux capacitor. ” I said, “OK.” Years pass, Grantland is invented, and Simmons comes back to redeem my promise to write this winners and losers bit. I thought — Great! No problem!

Eh, turns out it’s a problem.

Since that shuffleboard night I went through some sort of emotional puberty or emotional mid-life crisis or emotional Anne Hathaway montage set to KT Tunstall’s “Suddenly I See.”

While it’s easy for to write the WINNERS! part of this blog post. For some reason, the LOSERS! part has been a real struggle. I didn’t want to call people LOSERS! Even after the Red Sox defined loserdom, I didn’t want to do it. I’ve got some bug in me now that sounds like my 4-year old niece, “Oh that’s not nice.” I actually felt bad about calling the Red Sox losers. Every week I thought I’d snap out of it but I didn’t. I had lost some edge. I’m Chris Johnson and passing judgment was hitting the hole. I ain’t got it.

The one big change in my life is that I moved from NY to CT. But honestly, is that what I’m going with? The whole, “I moved out of New York and stopped being so judgmental about things.” It sounds like something the Pilates teacher tells Jerry Stiller in unmade Woody Allen movies. So if you haven’t guessed by now, this is a piece about Tim Tebow. Standby….

Since I live in CT I drive to work instead of taking the subway. And since you can’t drive and read the newspaper — kindling for my old judgment stove — I listen to podcasts to pass the time. This week I listed to the Nerdist Podcast. It’s a good listen — honest, sharp, funny with an occasional bizarro-world cool inside joke about Dungeons and Dragons.

The episode I listened to had Penn Jillette on. He’s interesting.

Early in the podcast Penn starts a talking about his collection of recordings called Song Poems. From what I could gather song poems are generally garbage amateur recordings from the 60’s and 70’s. People would respond to “Can you be a songwriter?” magazine advertisements. They’d mail in their earnest but horrible poems about Jesus, love, and the sitting President. A song poem company guy would write back, “This (horrible) poem is great! You can make it as a songwriter! Mail us $200! We’ll make a song and send it to Hollywood!” So people scraped together their bucket list money and mailed it to some guy in some office with some rolodexes filled with some subpar musicians. Listening to Penn describe the process, you recoil at the wanna-be-artist meets scam-artist feel of the transaction. Recordings were made and sent to the customers but SURPRISE! these records rarely made it to whoever was the 1960’s version of Steve Stoute.

But here’s the interesting thing. Penn claimed that underneath the inherent awfulness of the song lived something pure. Yes, the songs lack nuance and professionalism. They also lack sarcasm or cynicism. The “song writers” don’t know what they’re doing but they’re trying their best and there’s a beauty to that. And while I was listening to this beautiful little speech on the importance of being unironically honest and trying your best I thought, “Oh, I guess that’s why I’m rooting for Tim Tebow. I’m just rooting for the awkward pureness of the guy.”

So this week’s big winners are earnestness, Tebow and Penn Jillette’s tribute to sappy purity. It made me feel better about losing my edge.

Filed Under: Life Is Hard