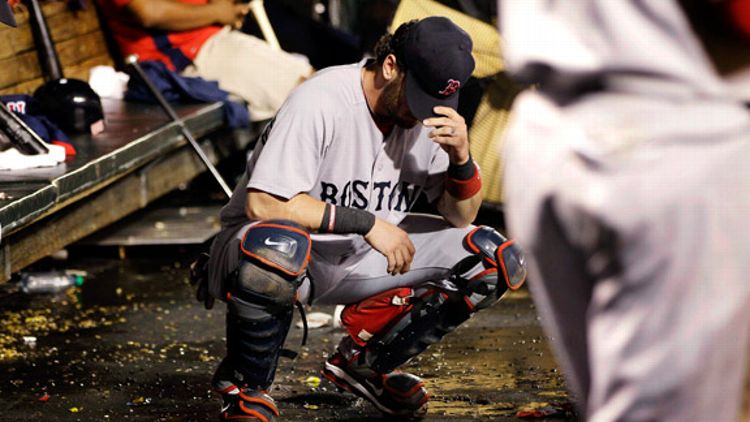 The Boston Red Sox collapse has been well-documented. Here is a list of who won and who lost.

My parents wouldn’t let me use steroids in Little League. Being a competitive kid, I needed an edge beyond my Mizuno batting gloves. Then I heard Wade Boggs ate chicken before every game. He was Popeye and chicken was his spinach. He was Hulk Hogan and chicken meals were his raw eggs. He was ALF and chicken was his cat. That feels like 25 years ago now. (Note: it was 25 years ago.) Modern-day children will never think that excessive chicken consumption is good for their baseball careers. Sorry kids — back to eating raw eggs and cats.

Out of all the junk foods the pitchers could have been eating, you’d think they’d throw the team’s sponsor a bone.